Matthew Piacentini has just returned from the Reykjavic Bar Summit, a global cocktail bar competition. He is the owner of The Up & Up, a cocktail lounge in New York City's Greenwich Village. I interviewed Matthew about his cocktail philosophy.

SC: How is the experience of drinking a cocktail different to wine or beer?

MP: Unlike beer, wine, and spirits, cocktails have no utilitarian purpose. For example, spirits were originally medicinal and for thousands of years, beer and wine have been considered safer to drink than water. Cocktail drinking has absolutely no purpose other than pleasure. It's one of the last bastions of acceptable hedonism.

Also, wine and beer are primarily for drinking with food, while cocktails are to be enjoyed on their own. So, cocktails have to be fully formed things in their own right, and they don't have to play nice with other things that are going in our mouths. 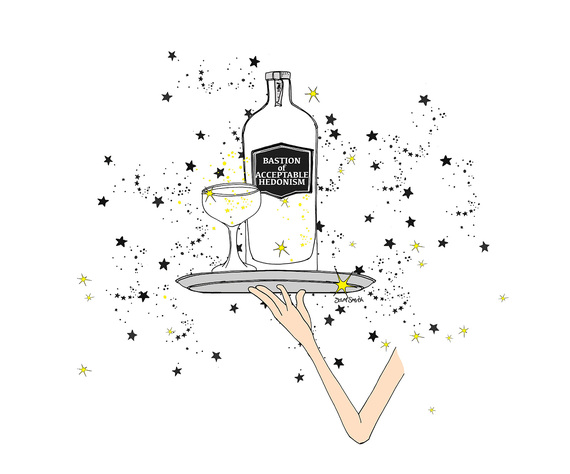 SC: Can the taste of cocktails be judged objectively? Or is it a matter of personal taste?

MP: Both. There are factual aspects in the taste. We can use a brix meter to measure sweetness, a hydrometer to measure abv (alcohol by volume), and pH tests to measure acidity. But all the flavors you've ever experienced shape your palate. If you eat a lot of sweets, you're going to perceive a cocktail to be more tart than someone who eats more salty foods.

What people actually want may be quite different from what they say. For example, someone might say that they don't like anything sweet, but they love Campari. Technically, Campari is incredibly sweet, but many people only think of it as bitter. Good bartenders ask questions to get a sense of a guest's palate. 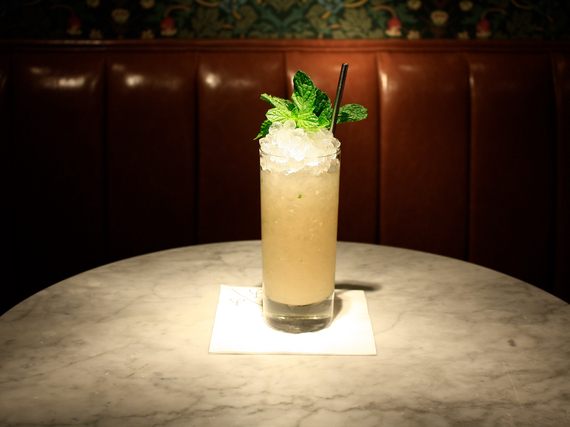 Seventy-Four | Image courtesy of The Up & Up

SC: What are the main factors to consider in the sensory and aesthetic experience of drinking a cocktail?

MP: The look of a cocktail is just as important as the flavor and feeling. You can apply the same rules as you would to dining. A plate of gray slop may be the best tasting thing you've ever had, but if it looks terrible, it's going to detract from the experience. Expectations are a big part of the cocktail experience. The eyes tell the mouth and nose what to expect by heightening the sensitivity of the receptors of those flavors.

Have you ever taken a sip of water when you thought it was Sprite? It tastes salty because your palate was ready for sweet, and had already geared your taste receptors to that bias. Most people are familiar with mint chocolate, so they will be more accepting of a minty flavored cocktail if it's brown rather than if it's pink, for example. If I see a pink, fizzy drink, my mouth is going to expect fruitiness, acidity, sweetness, and perhaps prickliness. Then when I take a sip, if I get what I expected, I'll be satisfied. A circuit closes.

When designing cocktails, I think about the sensory experience. I imagine the drinker, alone in a bubble, with just her thoughts and the cocktail. It's like I'm trying to formulate a little daydream. I ask myself questions like: Where does she want to go? What types of memories, associations, feelings, and themes do I want to elicit with this cocktail? 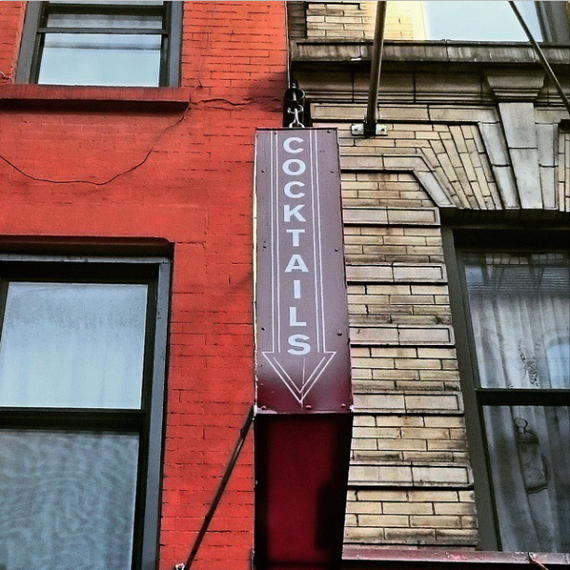 SC: Some bars don't have drink menus - they listen to what the customer is in the mood for. So, what function do menus serve?

MP: The cocktail menu can be an intimidating piece of literature. It's often full of words that few people have heard of. Bartenders all over are trying to come up with user-friendly menus, and one of the ways some bars do that is by having no menu at all. This can be effective if there is a tried and tested menu, but only the bartenders know it. So when you go in and say what you're in the mood for, any bartender will probably recommend the same thing, and make it the same way. It puts the guest at ease because it makes them feel taken care of, since they don't have to make tough choices from complicated menus. It can work well in very small bars because the interaction needed between the bartender and guests takes up a lot of time. However, it's also risky because if guests don't like the drink, then they are in an awkward position: do they drink a cocktail they don't like, or complain and risk insulting the bartender's mixology skills?

I prefer menus, because they give the guest something tangible. It's the first thing they get to hold onto and get a glimpse of what the place is about. A good menu should be simple and informational with a broad range of styles and flavors, and it should serve as a jumping off point. A guest should never feel like they are stuck with the menu. Guests are becoming more educated about craft cocktails and so the trend is heading toward letting the guest tell you what they are looking for and where they want to go.

SC: What role do bartenders play? Is there a role that they should play?

MP: Just as guests come into the bar in different moods, so do the bartenders. Some days a bartender might feel jokey, or flirty, or reserved, but a good bartender will know how to tune that with a guest's mood. The bartender's most important job is to make the guest feel like they are exactly where they should be. So, a good bartender should know a little bit about a lot of things. If the guest wants to talk, we talk. If they want to be left alone, we leave them alone. Bartenders, who insert themselves into every interaction and angle for tips at every turn, come across as inauthentic. Similarly, bartenders who want to be rock stars and have everyone marvel at their skills suck energy from the guests, and ultimately turn people off. 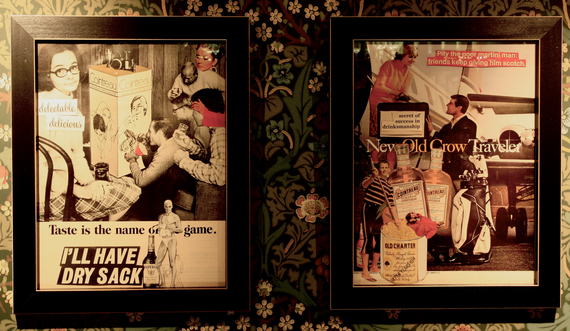 MP: When people think about cocktails, they're thinking about much more than just the drink. They are thinking about cocktail parties, dresses, fancy hotels, witty banter, or James Bond. The cocktail has become a symbol for a whole way of being that revolves purely around pleasure, and a good cocktail bar should make people feel like they are getting that.

The rise of the bartender as performance artist turned cocktail drinking culture into an exercise of appreciation, to marvel at the great bartenders, the superlative cocktails, and how well the environment resembles a different place and time. These days, you can a get a good drink anywhere and novelty is no longer enough.

I believe someone will always remember a bar more fondly if they had a good time than just a good drink, so the physical space is really important too. It should exist just on the periphery of a guest's experience. The background should be pleasing, but never compete for the attention of the people they are there with. For example, at The Up & Up I mix the styles in a way that feels new and fresh. We have William Morris wallpaper from 1892 behind banquettes that were modeled after Italian car seats from the 1960s. My rule with music is that we can't play anything recorded before 1960 or after 1990. We end up with New Order and the Church being bookended by The Rolling Stones and Shuggie Otis. It's familiar, but the moments of transition are new and novel. 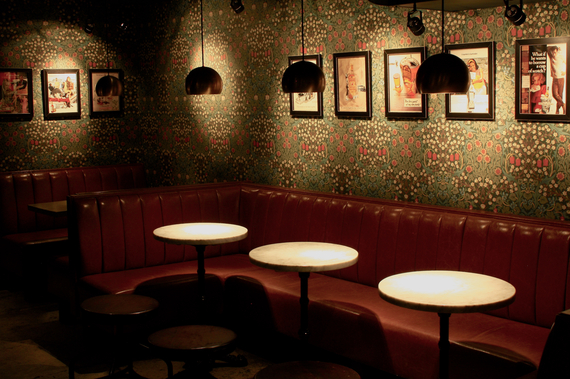 SC: What does the future of cocktails look like?

MP: I think the strange and novel is fading, and natural is coming in. A lot of new savory and spicy flavors are popping up. We use black pepper and habanero in some of our drinks. The science of cocktails exploded a few years ago and molecular experimentation became popular. It taught us a lot about cocktails, but I don't think these innovations resulted in better drinks.

I prefer a daiquiri made with fresh lime to one made with lime juice clarified in a centrifuge and bottle aged for 12 months. The 'science daiquiri' might technically be a better drink as measured with instruments, but I drink a daiquiri because I'm in a daiquiri mood, not because I want a technically perfect mixture of the molecules found in the base ingredients. I want to think about palm trees, street food, and sugar fields. I want to ponder the romance of revolution and grand hotels. For me, that feeling can only come from something made fresh, as it would have been traditionally. It goes back to the question of where the value of the cocktail experience lies. I think cocktails have a kind of terroir like wine. They have a story, a time, and a place. (Charles H. Baker Jr. has written about this.) 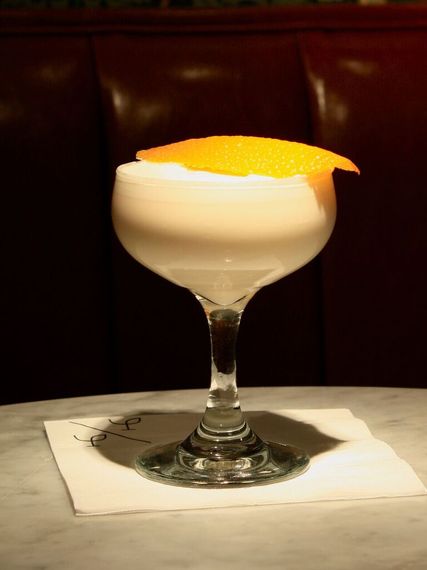 Hailstone | Image courtesy of The Up & Up

SC: What's your coolest drink at the moment?

MP: I'm very proud of the Hailstone. It was a really seamless and pleasurable experience from inspiration all the way to naming it. On July 4th a couple of years ago, my wife and I took our son to the New York Historical Society. They were demonstrating how the colonials made ice cream. It turns out that ice cream was huge in Colonial America. It was the apex of culinary enjoyment. We tasted the orange flower and mace ice cream, which was supposedly all the rage in 1776. It was delicious. I knew immediately that I had to turn this ice cream into a cocktail.

Rye whiskey was a staple of colonial drinking culture, so I chose that as the base spirit for the cocktail. (At one point, George Washington owned the largest whiskey distillery in America.) The challenge I faced was how to get the alcohol to taste like the ice cream. Luckily, cream is very good for tempering flavors, just like in cooking. Cream, mace, orange flower water, and rye made a nice subtle drink. But I wanted the orange flavor to really pop like in the ice cream, so I added orange and lemon juice. Lemon juice is always helpful with orange juice, because orange juice has very little acidity and can be quite weak when mixed. Now I had the orange-y-ness, the mace, and the creaminess, but it was too cloying for me. Here is the part I'm the most proud of: Tea! I steeped a bunch of black tea with the blades of mace and Demerara sugar. The tannins in the tea completely cleaned up the finish, and left the drink with a rich creamy body, but a light, quick finish.

In researching the colonists' obsession with ice cream, I came across a story about a governor of Jamestown. During a ferocious hailstorm that broke windows, he ordered his servants to collect the giant hailstones and bring them inside. He wanted to use them to make ice cream for a dinner party the next day. This is why I named the cocktail "Hailstone". It's a perfect example of the mental terroir I mentioned earlier. The anecdotes, the history, and the way it all ties together, are a huge part of the drink. When you drink it, you can't help but go to those places and times. 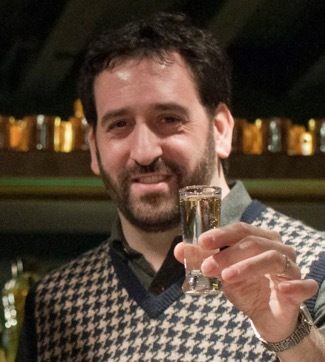 Disclaimer: Skye Cleary does not work for, consult, own shares in, or receive funding from any company or organization that would benefit from this article. (She just really likes cocktails.)