It's an all-too-common scene. You order a cocktail at the bar. The bartender places it in front of you. And when you're just about ready to take that long-awaited sip, you're stopped by tiny straws in your drink -- staring you down like the barrel of a very skinny shot gun, taunting you. Sip or stir, what's it going to be?

It makes you think (when all you really want to do is drink): "Am I supposed to actually sip through that terribly thin straw?" Nobody wants to look the fool at a crowded bar, so what do you do when faced with THIS? 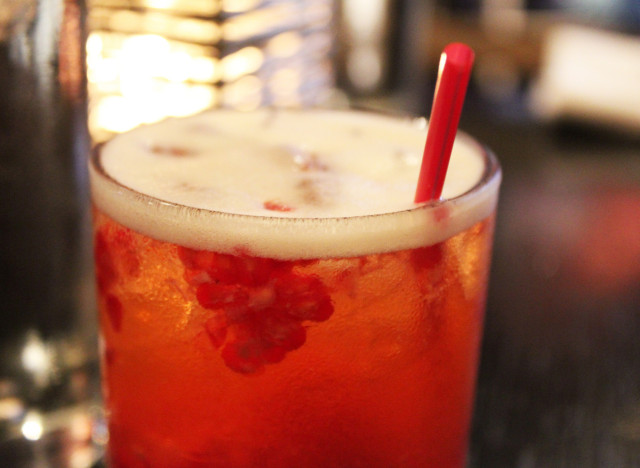 The worst part about these tiny straws is that they're shrouded in mystery. Sometimes, there are two of them in your cocktail. Other times, there are none. And sometimes -- actually, lots of times -- bartenders stick them in your drink to get a first taste. What does it all mean? Is it just some cruel bartending joke?

Rather than face another straw conundrum at the next happy hour, we got to the bottom of the tiny cocktail straw etiquette. Our favorite bartender Tom Macy, the director and co-owner of Clover Club in Brooklyn, filled us in on the mystery. Here's what he said:

"Straws were invented to combat ice. So someone can drink something without it ending up in people's teeth."

There you have it folks. Those straws might be small, but they serve their purpose and they are your friends.

In Macy's opinion, cocktail straws are small because they look nicer. And also, he offers, "I think smaller straws are more conducive to taking smaller sips. Big straws flow so fast you're done with the drink in no time." Bars might want you to order another round, but they definitely want you to be able to walk out the door at the end of the night.

As for the "one vs. two vs. none" mystery, he explained: "It depends on the drink. Sometimes two straws are given because one straw is so skinny and the flow is too slow. Particularly with drinks that have a lot of crushed ice -- or that are a little more viscous -- it can be frustrating to drink out of. But long drinks, like collins and fizzes, one is usually fine. It doesn't always work that way, but that's generally how I see it."