Photoshop on magazine covers is an industry standard. But time and again, models and celebs have spoken out about how they prefer their bodies untouched by the magic airbrushing wand.

Coco Rocha took to Tumblr today to admonish Elle Brasil, the latest mag to heavily airbrush its cover model -- her. Coco posed for the mag's May 2012 issue in gorgeous Spring 2012 pieces, including a blue-and-sheer dress for the cover.

Yet the photo, which seems to show Coco with nothing underneath the sheer top, isn't what the model had in mind:

As a high fashion model I have long had a policy of no nudity or partial nudity in my photo shoots. For my recent Elle Brazil cover shoot I wore a body suit under a sheer dress which I now find was photoshopped out to give the impression of me showing much more skin than I was, or am comfortable with. This was specifically against my expressed verbal and written direction to the entire team that they not do so. I’m extremely disappointed that my wishes and contract was ignored. I strongly believe every model has a right to set rules for how she is portrayed and for me these rules were clearly circumvented.

We're guessing there are many models who are surprised or even upset when they see how their covers come out. But Rocha is known for her outspokenness, particularly via social media. She's not the only one: Kate Winslet said of her 2003 GQ cover, "The retouching is excessive. I do not look like that and more importantly I don't desire to look like that," and Pakistani actress Veena Malik recently sued FHM for using airbrushing that implied she'd posed nude.

Coco probably won't go as far as a lawsuit, although we've reached out to her for further comment. But we commend her for stating her opinion for all to hear -- read her Tumblr post at Oh-So-Coco.Tumblr.com. 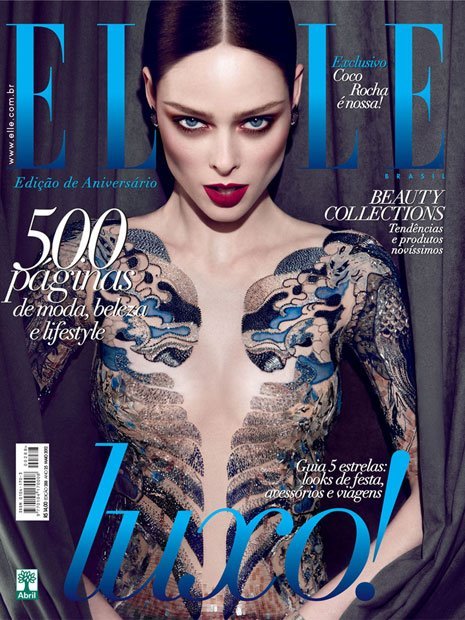