It should come as no surprise to anyone who leaves their house that coconut water is now a very serious thing. Not a "drink it straight from the fruit while on vacation" thing, but an "everyday, healthy option, have to have it" kind of thing. Coconut water has positioned itself as nature's sports drink and it has successfully become a go-to healthy drink option, despite its not so popular flavor. But don't take our word for it, or the fact that it is now everywhere, let the numbers prove it to you. 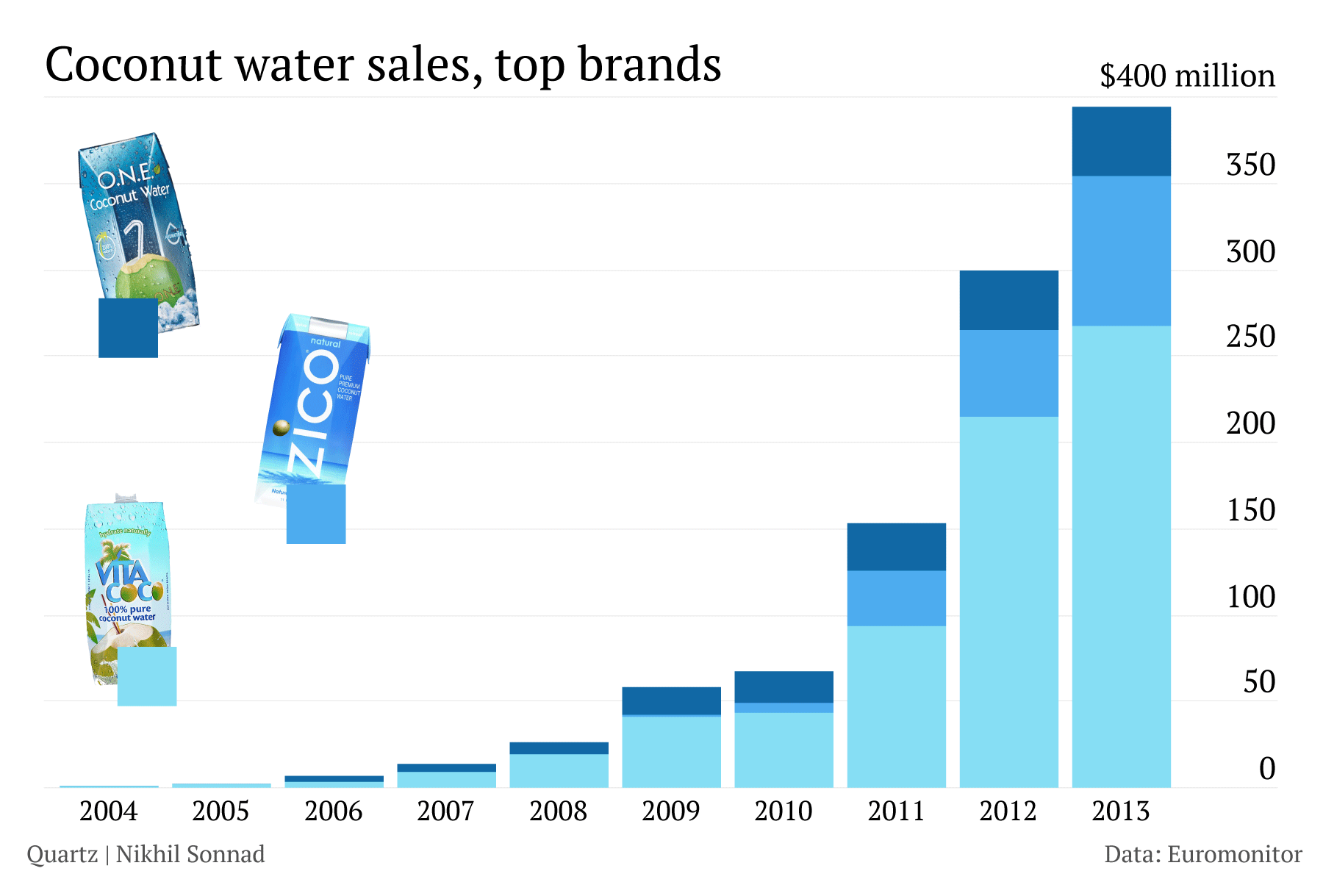 In case the severe curve of the above chart hasn't made it abundantly clear, what you are looking at is the astronomical sales growth of coconut water in just 10 years. In 2007, just seven years ago, coconut water still didn't rate. Zico, one of the largest coconut water brands, recorded sales of only $100,000; in 2013, they had sales reaching $87 million(!!). The same type of growth can be seen with the other leading brands, Vita Coco and ONE.

While nutritionists still aren't convinced of coconut water's health claims, it's clear that the public is on board. How do you feel about coconut water? Let us know in the comments below.