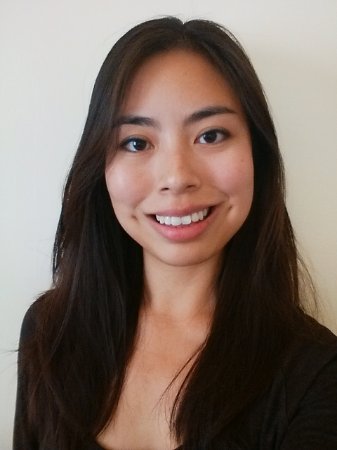 The new third year medical class at USC had an Electronic Health Record orientation two months ago. It was hard. If you had been there looking out into the classroom, you would have seen quizzical looks and furrowed eyebrows: the faces of students desperately trying to understand even a small piece of what was being taught.

It's well accepted that EHRs could benefit from an upgrade into the 21st century, bringing them on par with other technology we use in our daily lives. A critical part of that upgrade will happen in collaborations between tech-savvy clinicians and clinically-savvy technicians, but it's hard to see how we'll get there when even the newest cohort of medical students can't understand the workflow for pending a note.

There is a new generation of doctors emerging: young physicians who grew up customizing GeoCities pages and trying to fix their Nintendo 64 cartridges by blowing into them. These are people who grew up invested in technology, and it would seem that there is no better time to revamp EHRs than now, with the buy-in and insight of these digital natives. Improving EHRs can have a huge impact on patient care by fostering communication, increasing productivity so that doctors have more time with patients, and aggregating data for future research.

But the complexity of EHRs makes them daunting even to young physicians. Learning new technology is uncomfortable, and the first two years of medical school may be the ideal time to overcome this feeling and establish a foundation of knowledge for all EHRs. Medical students will often use multiple systems throughout their training as they switch between different hospitals for different rotations. A solid foundation however, could make alternating between platforms initially painful but ultimately tolerable--like switching from an Android to an iPhone. Awkward at first, but the basics are all the same.

So how do we form that foundation? A good approach to any new technology is to learn by doing--not in the hospital when you're in a time crunch and the constant priority of patient care weighs on your shoulders, but in a classroom where you can click on any button your heart desires. Most EHR classes are taught by an instructor at the front of the room who runs through a list of step-by-step instructions. Now imagine instead a class where medical students are given a patient scenario to recreate in a practice environment. They're put in a group of student colleagues, for example a pharmacy student, a student of social work, and a nursing student. As a team, they work together to recreate the flow of the patient's hospital stay, relying on each other's technological intuition rather than a book of instructions. Lessons on drug formularies and screen time can be integrated into the experience.

The students would make a lot of mistakes, but every time they click on a wrong button, there's one less unfamiliar button. I believe a team of students would be able to identify workflows with little prompting, and ultimately feel more comfortable with the system because they've clicked around, they've played with the system. Little by little, the intimidating technology is tamed.

This kind of play can set the foundation for intelligent use of EHRs. It can help foster the kind of intuition we have for other technology we use in everyday life. With appropriate training, we can create a generation of young physicians who are not only comfortable with EHRs but who also have the insight to identify areas of improvement. As these physicians progress through their training, we can harness their drive to improve the system, producing clinically relevant and technologically appropriate feedback for future EHR design. These students can even be tapped to lead future classes, as Stanford Children's Health experimented with for their go-live in 2014.

Older physicians, even if they're just a few years out of medical school, may struggle to adapt to EHRs or identify improvements for the technology because they've hit a baseline comfort level and it does not benefit them to exceed that level. Becoming fluent in the system is low on their list of priorities of patient care, and the EHR becomes a means to an end rather than a tool for improving workflows. Even on day one of the third year of medical school, students are thinking about how to care for their patients, not how they can improve their EHR experience. In order to end this cycle of complacency and work together to improve medical record systems, we have to train early, and train well. One solution is more time to play--outside of the hospital, in a low-risk and collaborative environment.

Barbara Lam is a third year medical student at the Keck School of Medicine of USC. She is the founder of How I Study, a website that features interviews with innovative medical students.

CODE BLACK is a blog series about what really matters in healthcare by medical students and faculty at the Keck School of Medicine of the University of Southern California.