Martha Rosenberg: Your 1987 Hazelden book "Codependent No More" has been compared to the "Big Book of Alcoholics Anonymous" for articulating a malady that affected millions of people for the first time and pointing them toward recovery. Yet you stress in your new book, "Codependent No More Workbook," that recovery in the 12 Steps of Alcoholics Anonymous is very different from recovery from codependence in groups like Codependents Anonymous (CODA.) 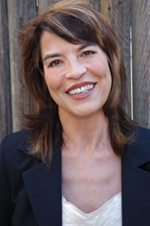 Melody Beattie: Well alcoholics have usually led pretty self-centered lives and early in recovery they are told to start trying to be less selfish and help others, which of course is the Twelfth Step. But codependents have often been "giving" their whole lives -- or so they think. In fact, the joke goes you can't kill yourself if you're codependent because too many people need you.

Martha Rosenberg: So "sponsorship" risks enacting the very codependent behaviors that brought you into recovery?

Melody Beattie: We can recreate our original families! Sponsors can help compulsively and for the wrong reasons and sponsees can accept help instead of finding their own inner voice they can trust. Another danger is rigid thinking -- the so-called "Back Belt" in codependence recovery where you're afraid if you give in a little to another person, you'll slip.

Martha Rosenberg: Isn't the admission of powerlessness also different between the two groups?

Melody Beattie: It's usually easier for someone in AA to say "that was crazy," when they totaled a car, lost a job and ended up in jail. But codependents can look pretty good by comparison. It's hard to give up the self-esteem connected to being codependent and appearing "right," which is probably a survival behavior learned from growing up in a crazy family. It feels like you will actually disappear.

Martha Rosenberg: It's pretty clear whether or not you've had a drink today and you can start counting the days. What is the codependent equivalent?

Melody Beattie: Instead of the powerlessness of alcohol, this powerlessness is over how hard we have been on ourselves. How we haven't loved or trusted ourselves or spoken up for ourselves. It often happens as an epiphany or moment of clarity where you realize you're pointing the finger at someone else or you're ready to finally start taking care of yourself.

My own moment happened when I had been married for a year but we hadn't been able to take a honeymoon or even a trip yet. One day my husband said he wanted to go to Vegas by himself and asked if it was okay with me. I felt hurt and betrayed but I devalued those feelings and said to my husband, who was a recovering alcoholic, "It's okay, but promise me you won't drink."

Martha Rosenberg: In the "Codependent No More Workbook," you write that what makes an act codependent is not the act itself but the emotions behind it. Can you give an example?

Melody Beattie: I gave three years of my life to take care of my dying mother who had Alzheimer's disease. Being there for her every need for three years might have looked codependent but it wasn't because it was what I wanted to do. Despite the rocky road we had together, I wanted her to know what it felt like to be really loved. And our time together at the end of her life closed the circle for us. I am now writing a screenplay based on how we were able to heal in the end.

Martha Rosenberg: In the introduction, you mention that the workbook can be helpful to Double Winners. That's a new term in recovery.

Melody Beattie: 10 years into my alcohol sobriety, I was a counselor and I had been assigned to work with spouses of alcoholics. No one really knew what to do with them and they were not held in high regard. Meanwhile, I complained so vociferously to my neighbor about my husband's drinking she suggested I go to counseling and I said, like millions before me, "I'm not the one doing anything wrong." Well I finally ended up at an Alanon meeting and I was quick to tell them I wasn't "like them" -- that I was an alcoholic. "So, you're a double winner," said the leader of the group which was the first time I heard the term.

Martha Rosenberg: What other changes have you seen in the codependent recovery movement?

Melody Beattie: Well, 20 years ago codependents didn't have the option of treating their codependence with all the psychoactive drugs available and advertised today. People with real psychiatric diseases may need them, but it's really easy for recovery people to self-medicate your emotions away. Codependents say their emotions are dulled or delayed on these drugs -- and it's like they're in a different time zone altogether.

Martha Rosenberg: You also say too many codependents have attended meetings for years or decades and even had a sponsor but are not recovering.

Melody Beattie: Yes, they're not working the steps. The steps are like cleaning house and giving ourselves a wonderful new place to live. I was never able fix myself on my own. But when you make the smallest movement toward the steps, the universe brings you the answers.