There's a reason it's the most widely consumed drug in the world – when that afternoon slump hits, there's no denying the buzz you get from that cup of joe. But rather than go for the quick fix, registered dietitian Lauren Schmitt says there's a better way to get a boost.

"Coffee will obviously give that quick little bit of energy, but it doesn't actually boost your concentration," Schmitt says in the above #OWNSHOW video.

Java also has adverse effects on some people. "Some people actually feel quite jittery with coffee or it gives them a stomachache, so in that case I would avoid it," Schmitt says. She also makes the point that drinking coffee late in the day can impact your sleep – which only perpetuates the cycle of grogginess the next day.

So what does she suggest you replace that double soy latte with? "It's a very simple thing and that's water," Schmitt says.

Though plain old water may not sound all that remarkable, Schmitt explains how H2O can help negate the need for caffeine. "If we are dehydrated, we definitely aren't able to concentrate as well," Schmitt explains. "So you need to focus on drinking water all throughout the day, especially throughout that post-lunch slump when you just can't quite get going at 3 in the afternoon. "

"Try to rehydrate, because it will take you a long way," she promises.

As an alternative, Schmitt also recommends certain snacks to keep you fueled. "Your fruits and vegetables are great because they have a high water content," she says. Carrots, celery, apples and cucumbers are all good options. "But I'm always pushing for water," she adds.

Can't give up your morning brew? At least avoid these common mistakes coffee drinkers make. 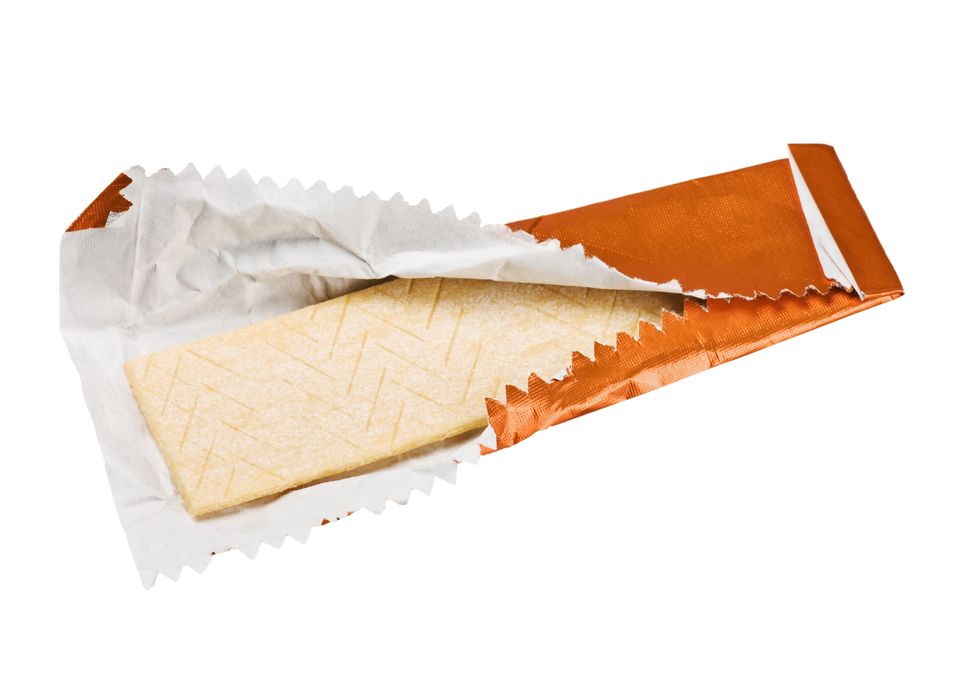 1 / 7
Pop a piece of gum.
Gum doesn't just refresh your breath -- it can also revitalize your body. In a 2012 study from the UK, people who chewed gum for 15 minutes felt more alert than those who didn't pop a piece. "Chewing gum increases heart rate, which increases blood flow to the brain," says study author Andy Smith, Ph.D. "It also stimulates the autonomic nervous system, which can increase alertness." Pick a mint-flavored pack: "Mint stimulates your nerve fibers -- it's kind of like splashing cold water on your face," says Teitelbaum.
Shutterstock