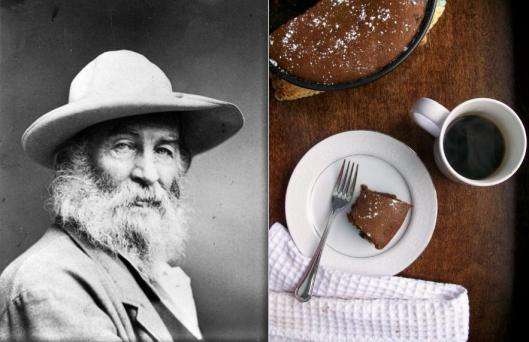 For a transcendentalist, Walt Whitman was a bit of a hoarder. Just take a look at his daybooks, and you'll see a list of the scraps he saved over the years: photos, receipts, weather reports, news articles, classified ads, and dozens of press mentions of Whitman himself. He meticulously monitored the papers, carefully cataloging his presence in the world. If he were around today, you just know he would be a chronic self-Googler, or maybe a habitual lurker in the comments section of New York magazine.

Among Whitman's collection of papers from the 1880s are the few recipes he liked enough to preserve: one for doughnuts and one for coffee cake, making him a man after my own (pastry-clogged) heart. He regularly gave coffee cakes as gifts, probably because he wanted to receive them himself. In a letter from 1877, he wrote, "I was foolish enough to take a good strong drink, & eat a couple of slices of rich cake late at night -- & I shan't do any thing of the kind again." Yeah, I've heard that one before. It's what I tell myself before checking to see if the ice cream place down the street delivers (the beauty of New York is that it does).

That year, Whitman was recovering from a stroke and had moved to New Jersey under the care of his brother. "But I am pretty well," he wrote, "& feel more able & sassy every day." More than anything in Leaves of Grass, these letters from Whitman have inspired my new personal philosophy: Live every day with sass, and with several slices of cake. 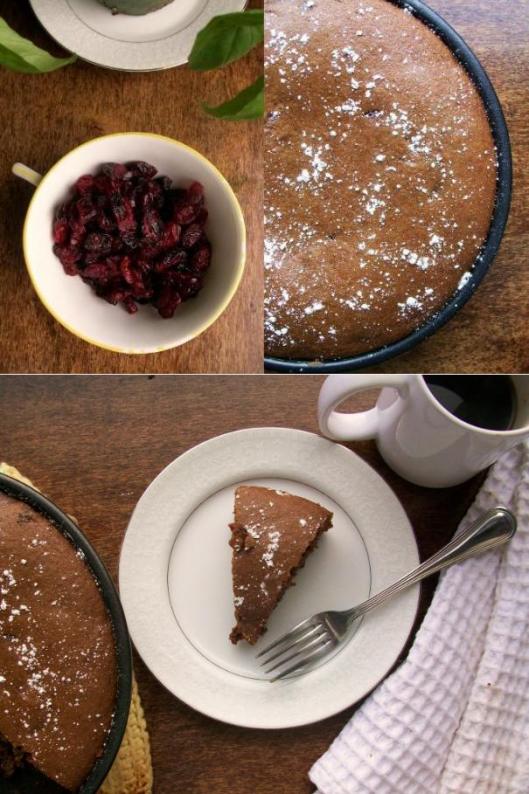 Everyone has their own take on coffee cake. My family's version has streusel topping and blueberries. Paula Deen's involves frozen dinner rolls and butterscotch pudding mix. Although the NYU editions of Whitman's daybooks don't include his recipes in full, typical coffee cake recipes from 1880s New England are fairly consistent. My favorite is in the delightfully named What Shall I Eat? The Housewife's Manual (the unwitting predecessor to sites like this).

Unlike the streusel and sour cream cakes, which are meant to be eaten with coffee, these are called coffee cakes because they're made with coffee. With a dose of molasses and a helping of dried fruit, they taste more like a spice cake but are still perfect with a cup of joe. Most recipes of the period call for raisins, but I prefer cranberries -- a little wink to Whitman, who lived on Brooklyn's Cranberry Street.

3. In a large bowl, cream together butter and sugar. Add egg, coffee, and molasses. Stir until mixture is smooth with no lumps (it will be very wet).