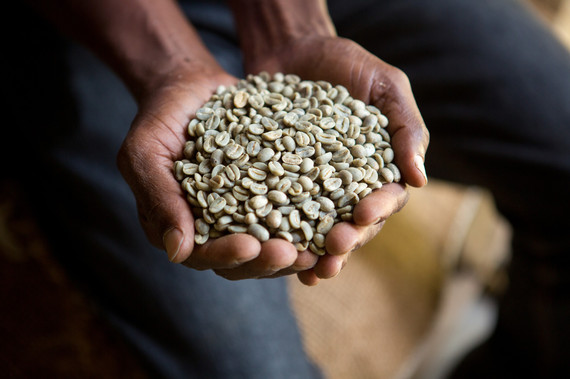 Just over a year ago, I left Keurig Green Mountain after almost 27 years, and weeks later accepted a new role with Lutheran World Relief - Senior Relationship Manager, Coffee & Cocoa. In this role I have continued to work with coffee farmers and their families, and have had the wonderful opportunity to expand my horizons to cocoa, meeting with cacao farming families in Nicaragua, El Salvador and Uganda.

In my supply chain outreach work I have always found it helpful to look at how others in different supply chains address their challenges. As I look ahead to the future of coffee, I see many parallels, differences, and lessons to be learned from the cocoa world.

Like coffee, cocoa (derived from the cacao plant) is an equatorial product, usually found growing in a narrow belt of +/- ten degrees on either side of the equator. Cacao thrives in a humid, tropical climate, with plenty of rainfall and few dry spells. According to the World Cocoa Foundation there are between 5-6 million cacao farmers around the world, with 40-50 million people depending on cocoa for their livelihoods. Like coffee, more than 80 percent of the world's cocoa is produced from cacao grown on farms between two and 5 hectares. Over 70 percent of the world's supply is grown in West Africa, from which most of the world's milk chocolate is produced, with much of the fine-flavored cocoa produced in the Western Hemisphere, often in areas where specialty coffee is grown, but at lower altitudes.

In many ways the "specialty" or fine-flavored cocoa sector is at least 20 years behind specialty coffee. To date, no common sensory standards have been adopted or disseminated globally. Many specialty (bean-to-bar) businesses are artisanal, like some founding members of the SCAA were 33 years ago. While their proprietary standards have worked for current volumes, in anticipating growth, there are now discussions underway to develop uniform global standards and even a cocoa grader system, much like the "Q."

In other ways cocoa is perhaps 20 years ahead of the coffee industry. Many in cocoa foresee a supply crisis within the next 5-8 years. Globally there is growing demand for cocoa, largely driven by increased consumption in emerging markets with growing disposable income. Cocoa production is not keeping pace with this growing demand due to a variety of factors, including poor crop management, pest infestations, low market prices leading farmers to focus on alternative crops, and a young workforce migrating to cities. Many economists are predicting a cocoa shortfall of 1 million metric tons by 2020.

At the farm level small scale coffee and cocoa families face many of the same challenges: an aging farmer population, and poor access to credit, to education for their children, to medical care, and to nutritious food many months of the year. In addition, they are contending with two unprecedented challenges: the impacts of climate change and youth migration.

What is the cocoa industry doing to address these challenges? Over the past decade, the World Cocoa Foundation, the private sector, governments and others have invested many millions of dollars, and are continuing to do so to grow supply and address some of the fundamental challenges that are constraining production. Nevertheless, many industry observers predict that the resources being allocated are not close to enough to avert a global cocoa crisis in the near future.

What can the coffee industry learn from the cocoa industry? As an industry, we are still recovering from the first broad impact of climate change: la roya. While we don't know what the next manifestation will be, we do know from many in-depth studies on global warming, that as temperatures rise, many land areas currently producing coffee will no longer be suitable for the production of high quality Arabica beans. We also know, that there is increasing volatility in weather patterns - with extended droughts, and localized or regional flooding becoming common in the coffeelands. 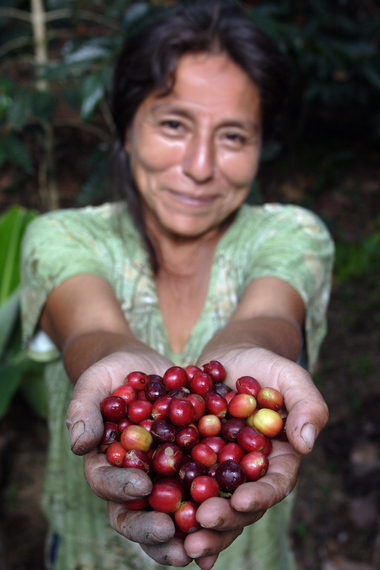 The second great challenge is urban migration which is affecting all agricultural commodities. Globally, it is expected that 70% of the world's population will live in urban areas by 2050. Already many daughters and sons of coffee farmers are moving to urban centers where they see the promise of a better life. With the average age of coffee farmers in many areas now exceeding 50 years, we have to ask ourselves "Who will grow, harvest, and process the next generation of specialty coffee?"

What can the coffee industry do to avoid a cocoa-like supply crisis? As an industry, we can ramp up our emphasis on sustainable practices to mitigate and adapt to climate change. We must take youth migration seriously, and look at ways to increase future opportunities for young people in coffee farming communities, through their eyes. The urban magnetic pull is powerful, and unless as an industry we begin to seriously invest in helping coffee farming families address the challenges they face at the household level, coffee may not be far behind cocoa in failing to meet the growing consumer demand for our product.

The bottom line is the bottom line: coming generations of coffee and cacao farmers and their families must see and receive greater value if they are to continue growing coffee. More successful collaborative and convening efforts, large and small, like the World Cocoa Foundation, Alliance for Sustainable Coffee, Temu Kopi, and the Coalition for Coffee Communities, must blossom to ensure these farming families thrive into the future.

This article was originally published in the December 2015 issue of CoffeeTalk magazine.