Coffee and naps are two things that people enjoy for many reasons, but their usefulness in elevating productivity levels make them particularly enticing.

Considering the stimulant components of caffeine, pairing them together doesn’t seem like it would be a great idea. But believe it or not, there is a school of thought that says drinking coffee and then taking a nap can, when done right, give people the boost they need to conquer the day.

Here’s how a coffee nap works: Drink a cup of coffee like you normally would. Then, instead of getting back to business, take a quick snooze. It may sound counterintuitive, but the caffeine won’t actually kick in for about 30 minutes, which also happens to be the perfect length of an effective power nap.

Both sleeping and caffeine block the brain’s receptors of adenosine, which is the chemical that causes drowsiness. While a nap on its own can leave a person feeling refreshed, the introduction of coffee beforehand can make for an even more effective energy boost.

There have been several small studies to support the theory behind a coffee nap. One, which was published in 1997 in the journal Psychophysiology, found that when adults ingested 200 mg of caffeine (about 2 cups of coffee) and then took a nap, they performed better overall on a subsequent simulated driving test than those who just took a regular nap without caffeine.

Another study from 2003 published in the journal Clinical Physiology, compared the alerting effects of bright lights, face washing and caffeine after naps. Caffeine came out above the rest as the most effective revitalizer after a nap.

Despite the scientific evidence, however, a coffee nap isn’t necessarily a guaranteed dose of focus and energy.

For one, the time a person chooses to take one can influence its efficacy. “The lowest point of our circadian rhythm is in the afternoon,” says Dr. Suzanne Stevens, sleep specialist at the University of Kansas. “If the nap can be timed just right, you can have hours of being more productive after the coffee nap.“

A coffee nap regimen also comes with a few possible drawbacks. For example, if a person struggles with insomnia, naps and caffeine might be the worst thing to add to a daily routine.

Moreover, caffeine on its own can cause side effects in some people, including general anxiety, restlessness, irregular heartbeat, insomnia, acid reflux and other gastrointestinal issues.

Those having a particular sensitivity to caffeine should therefore probably steer clear of coffee naps.

Finally, even those who can handle caffeine and might benefit from coffee naps could do it incorrectly and render the nap ineffective.

“Some might not ingest the right milligrams of caffeine with the coffee and not benefit from the coffee nap or even find it hard to fully wake up if not enough caffeine is ingested,” Stevens says. Just because you’re drinking coffee doesn’t always mean you’re getting a sufficient dose of caffeine.

There’s also the risk of oversleeping. If a person sleeps for longer than 30 minutes, the chances of falling into a deeper sleep increase and it becomes much harder to wake up, even with the caffeine.

But when timed and dosed right, coffee naps can help a person wake up more refreshed than a typical nap.

They can also turbo boost the caffeine a person ingests. That means instead of having five or six cups of coffee in a day, you may only need to have one or two to keep you on the productivity train.

What’s more, caffeine before a nap may also help a person stay alert for longer periods of time without a proper rest. One study from 1994 published in the journal Ergonomics looked at the cognitive ability of 24 men who only took short naps in a 24-hour period, half of whom drank coffee before each nap. Those who drank coffee with their naps scored roughly the same on their cognitive tests as they did the day before when they had been normally rested, while the other half scored noticeably worse.

“Sleep generally results in the release of brain chemicals that promote calm, so being able to nap and wake feeling refreshed may offer a much needed break during our otherwise stressful days,” Stevens explains.

That’s something from which almost everyone can benefit. 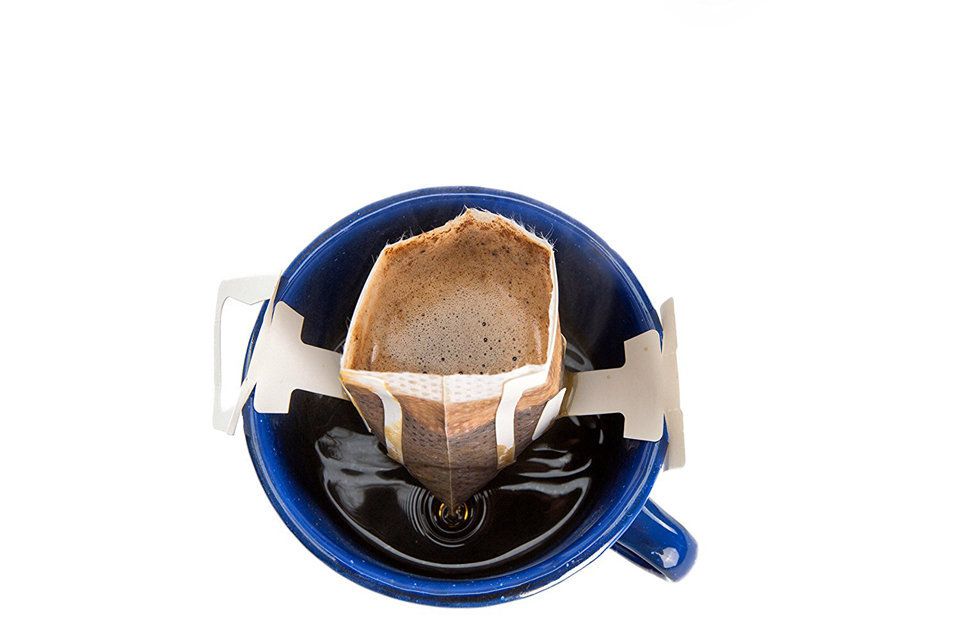