Tired? Maybe it's time for a "coffee nap."

Though it sounds paradoxical, scientific evidence suggests that consuming caffeine just before taking a short siesta does a better job of restoring your alertness than does simply having a cup of coffee or tea or taking a nap without a caffeine appetizer.

What explains the power of the coffee nap? It all boils down to body chemistry -- specifically, to the competing effects of caffeine and adenosine, a drowsiness-inducing chemical compound that accumulates in your brain when you're awake and dissipates as you sleep.

Caffeine's alertness-boosting effect typically peaks about 30 minutes after the stimulant is consumed. So by sleeping for 20 or so minutes of those 30, you can reduce the amount of adenosine the caffeine has to compete with. And voila, the caffeine has a greater effect.

"If you can fall asleep in your nap before caffeine does that, when it’s time to wake up, you’re getting the benefits of the caffeine perfectly timed with the nap sleep benefit," sleep researcher Dr. David Dinges, a professor in the department of psychiatry at the University of Pennsylvania, told The Huffington Post.

Dinges recalled a 2001 study in which 28 men and women were given either a low-dose caffeine pill or a placebo during the latter stages of an 88-hour period during which the sleep they got came only in the form of seven two-hour naps. In that experiment, the caffeine was successful in overcoming so-called sleep inertia. That's a term scientists use to describe the grogginess you feel immediately after waking up.

"We were surprised," Dinges said.

That's not the only evidence of the curious relationship between caffeine and napping. In a series of studies conducted in the 1990s, researchers at Loughborough University in England found that drinking a cup of coffee and then immediately taking a 15-minute nap was better at curbing drowsiness in motorists than simply having a cup of coffee or taking a short nap (the motorists' alertness was measured not on the road but in a driving simulator).

But if you want to try boosting your naps with caffeine, be sure not to overdo it. As Dinges said, caffeine is disruptive for longer periods of sleep.

PHOTO GALLERY
How To Nap At Work

Yes, Coffee Can Actually Improve The Power Of Your Power Naps
How To Nap At Work 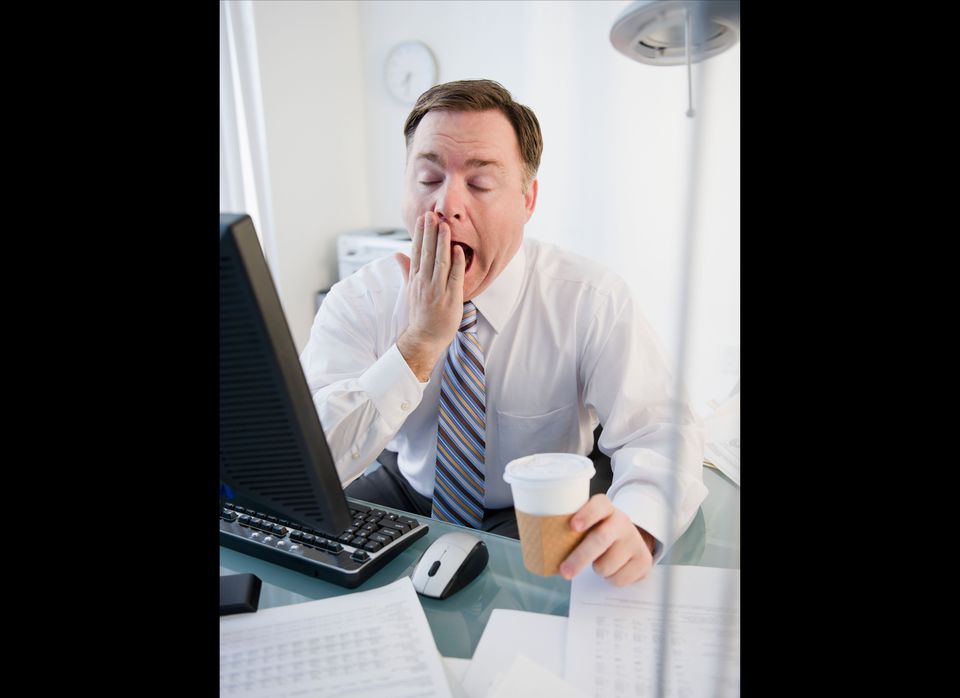 1 / 7
To Nap Or Not To Nap?
If you've got a big project you have to really focus on, or especially if you have to drive, hit the hay. If the rest of the workday looks like smooth sailing, or you often have trouble sleeping at night, skip the nap. "Naps are sort of a double-edged sword," warns Dr. Epstein. "If you're indeed sleepy and it's going to interfere with your performance, the best way to get over that is to go to sleep. But if you have trouble sleeping at night, taking a nap can be a problem, because if you sleep in the daytime you won't sleep at night." You've also got to be tired enough to fall asleep during the day. "Well-rested people don't have the ability to power nap and that's great," says Maas. "It's much better to get good nocturnal sleep and not be able to than to <em>have</em> to power nap. While we do have a natural dip in our circadian rhythms that usually occurs in the afternoon, that is exacerbated by not having good nocturnal sleep."
Alamy