Sarah Palin just learned a valuable lesson about starting your own web channel: make sure to buy up any similar domain names, such as, say, one that simply puts "The" in front of your URL.

So far, the channel is sparse on content, featuring only a photo of the former half-term Alaska governor-turned-grifter and a description: "The only Sarah Palin Channel on the internet with a definite article in the address!" 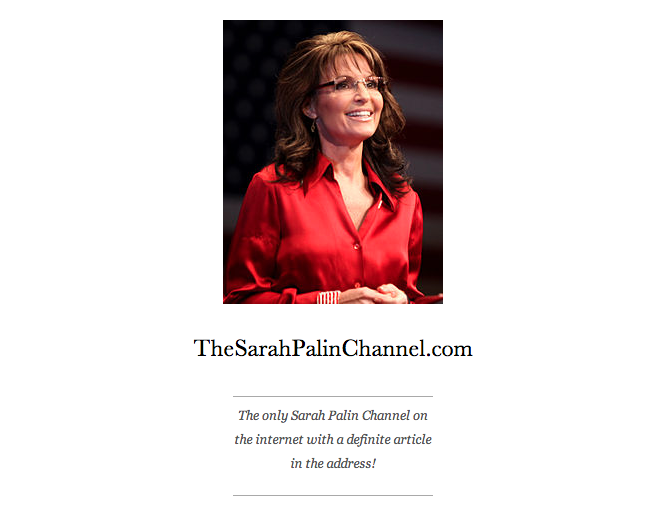 The page also links to an older segment of "The Report" in which Colbert roundly mocked Palin's "ringin' those bells" description of Paul Revere's famous ride.

Perhaps most importantly, TheSarahPalinChannel.com is free, whereas SarahPalinChannel.com costs a whopping $9.95 a month. But, as Colbert explained, Palin's channel is worth every penny: "Sure, that's more than Netflix, but it's just as good as 'House Of Cards,' with even more threatening monologues into camera."

"The Colbert Report" airs Monday through Thursday at 11:30 p.m. ET on Comedy Central.