Thousands of gallons of diluted bitumen spewed from a 22-foot-long gash in Exxon's Pegasus pipeline into a neighborhood earlier this month. After journalists were barred from the site, activists with Tar Sands Blockade filmed a video of what appear to be paper towels being used to clean up the oil. An aerial video of the spill also shows widespread use of the household item.

"Exxon is employing a time-honored cleanup technique, pioneered by drunk guys," Colbert said. "You just throw some paper towels down on whatever you spill and just get out of there."

He also goes on to criticize the no-fly zone imposed over the spill by the FAA.

Rachel Maddow took a few minutes this week to respond to the same video, lambasting the oil giant's cleanup response. 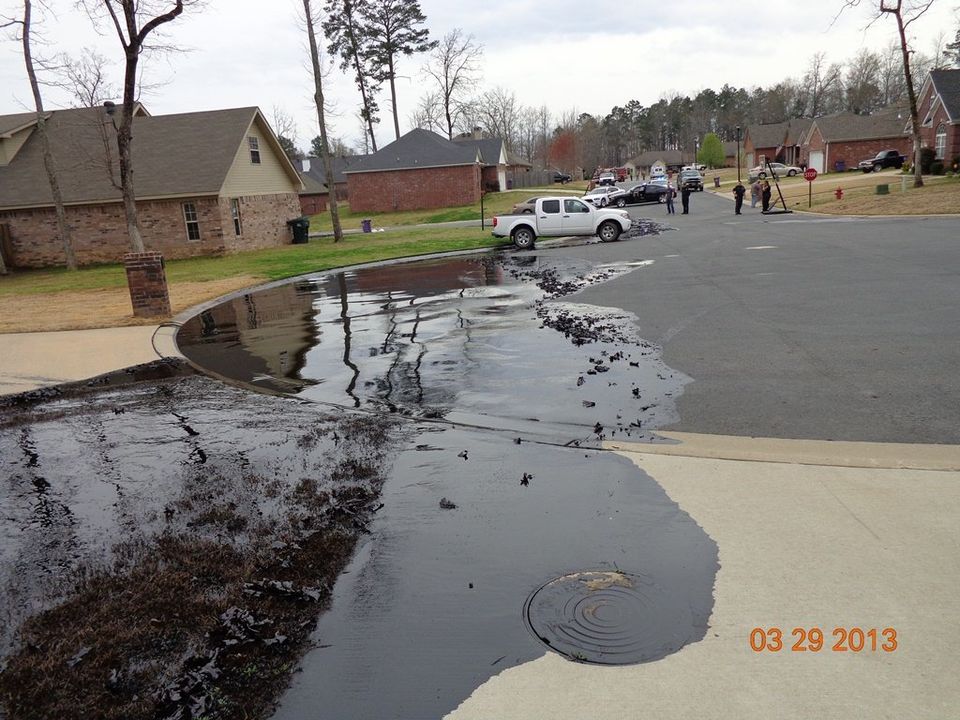