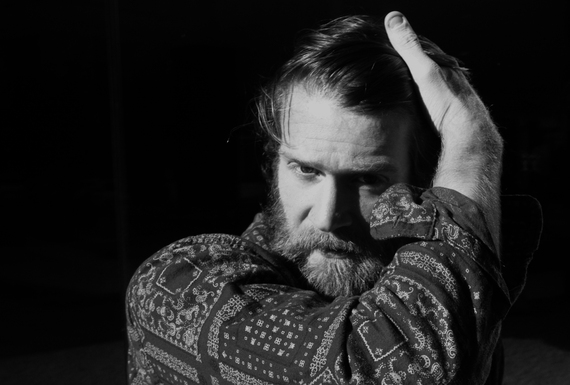 Colby Keller is an interviewer's dream come true. This is the second time I've had the opportunity to sit down with Keller, and every time we hang out, I'm always struck by his intelligence and kindness. Since my first interview, people have asked if I knew what Colby was up to with his Colby Does America project. I'd tell them I knew he was going to make a video in all 50 states, but that's about it. Deeply unsatisfied with my answer, I reached out to Colby to see how the project is coming along.

Phillip M. Miner: How many states have you done?

PM: When do you think they'll start showing up online?

CK: I'm aiming for the first or second week of February. I hope to have a few more states completed by then, so after that I can start releasing videos on a fairly regular basis. I had two women who volunteered to build out the website and host it all. They're also probably going to edit a few videos, the idea being that they will all be available for free, but I'll need to raise money to do more. I'm fully expecting there will be a moment, soonish, when I run out of money, so there'll probably be a donation screen that pops up before the video, and hopefully people will donate. We live in a world where most people watch all of their porn for free anyway. Why not face that reality?

PM: Who are the models?

CK: So far it's just been local people in every state. I find them on Scruff and Grindr. A few of the people knew about the project beforehand, or I've worked with them before. I've had these great, beautiful experiences.

The kid from Alabama was very sweet. He's a talented poet. He sent me a bunch of poetry and asked me to respond with my own poems, so we had a little bit of an exchange that way. After that we shot a sex scene together. Working on the poetry together ended up being a great experience, and the sex was hot. And, yeah, it was beautiful.

PM: Well, you were tied to a table, naked.

CK: That was a such a hilarious experience. Her husband walked in on it and shook his head, and he said, "I just don't understand art," which ended up being a horrible moment, because she really got into the role when it was just the two of us. It was weird, but we gave each other permission to be weird. All of the sudden she shut off or started being much more conservative in her movements. And I'm like, "Man!" That's what happens in the world. When it comes to art, people are judgey and bitchy and conservative, and it impedes our ability to work in ways that involve risk. 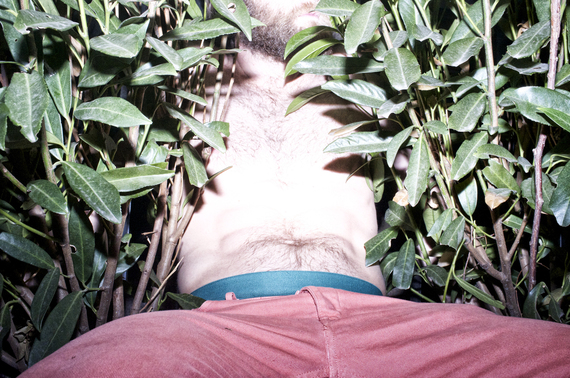 PM: Do you encounter that a lot?

CK: When I was in Alabama, the kid I was collaborating with had a friend who claimed to be a filmmaker and wanted to provide lighting help. The day of the shoot came and went, and he never showed up, so we lost a day of shooting. When he did get back, he said, "I can't be associated with that. I don't want any role in such a pretentious project." And I'm just thinking, "Fucking asshole!" Somehow it's OK if I stick my ass in the air and get fucked in traditional porn. That's OK because that's my role and place in the world. And how dare I think I can make art! That's what I have to face with this project. Thank God I have my communism, because it really does put that into perspective, because it lets me see what people's values are. When that kid said that to me, I was sad, and it hurt my feelings, and I don't know that I deserve that. I think people are scared of anything that's outside the norm. People don't like taking risks. The video might end up horrible, and people all over the world are going to say horrible nasty things about it. I had a friend who did the Maryland video, and we accomplished it, and he'd never done anything that involved sex before, and he did an amazing job with it. It got a bunch of good reviews on XTube, but one person said one thing critical, and it's all my friend could obsess about it. I invited him to do another state, and that comment changed the way he worked. He was much more afraid to do certain things, because he thought the video should be a traditional porno because one nasty person made a comment. All it takes is one little bitter person to ruin the world. It's hard to protect yourself from it. When that kid in Alabama said the thing about "pretentious project," I felt like I should just give up right now.

PM: Please don't give up. So you're shooting these collaborations and also some more traditional sex scenes. What are the end videos going to look like?

CK: I'm not sure everything can be conveyed in the video, but something I really want to do with the project is to break down the artistic process and the power that's embedded in that process, particularly when video is involved. By that I mean I want to give the content to an editor who can do whatever they want with it. So I don't know what will happen with the footage or with the poems or with the things that I thought were beautiful that took place during the shooting. It really depends on who edits it. I'd love to have all the raw footage from every state available and let anyone who wants to edit it in any way they want. That way there can be 20 versions of each state. I don't think we're technologically there. It would eat up a lot of storage space online, and it would require a lot of space for people to download.

PM: I think I get it. There are a couple of layers of collaborations happening: between you and the models/artists; between the resulting footage and its editors; and I guess between what ends up online and the viewers.

CK: Exactly! This project has been great for me. I've had incredible experiences, and I'm only a fifth of the way done. If some small part can be conveyed to an audience, I think I'll be happy.