He captured the adorable moment for posterity on Twitter:

True to form, the church quickly responded with a doctored image of Keller's kiss on Twitter.

Mild winter day in Kansas. Great time to brush up on The Bible's stance on homosexuality. Photos via @colbykeller. pic.twitter.com/mqNBauRuvQ

Seeing as how the "eternal fire" that Keller was promised had yet to materialize, we couldn't approve of this cheeky statement more.

PHOTO GALLERY
Gay Men From All Over The World Attend The Circuit Festival
Download
Calling all HuffPost superfans!
Sign up for membership to become a founding member and help shape HuffPost's next chapter
Join HuffPost 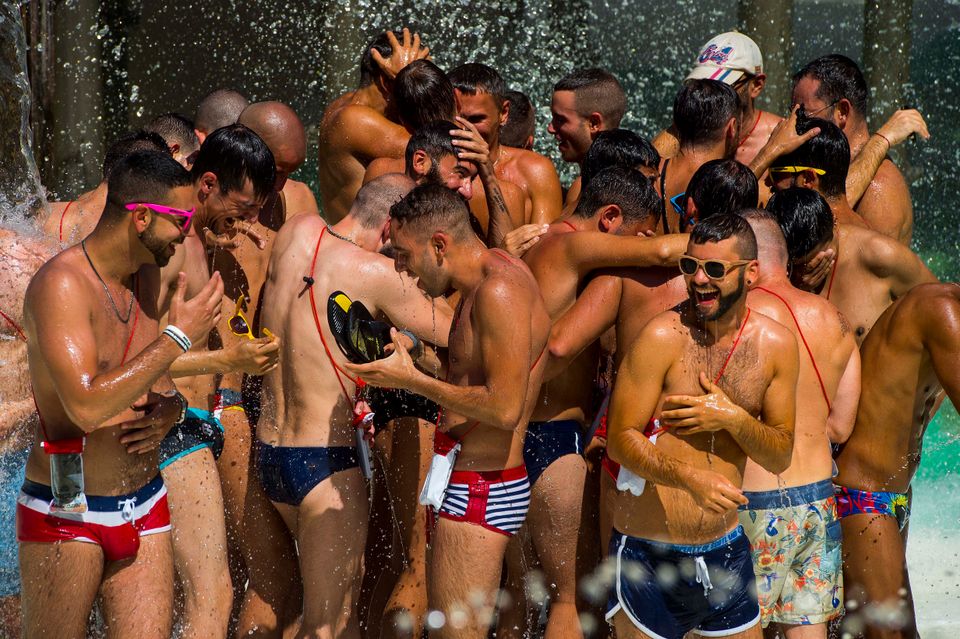