To protect Colby's anonymity, all occurrences of his actual name have been changed to "Non-Colby Guy."

Phillip M. Miner: Your casual fans may not know this, but you're really into art. Can you fill us all in on your art background?

Colby Keller: I've been to art school since I was a very little boy. In sixth grade I started going to school at a place in Houston called Glassell. They have a school for children and an adult school, so I did that until undergrad. I eventually went to art school at MICA in Baltimore. A friend recommended it to me. It was a great experience. They had just started the program and made a lot of changes and brought in a lot of visiting artists to do critiques. A lot of really great work came out of it. It's now one of the highest-ranked studio programs in the country. I lucked out. 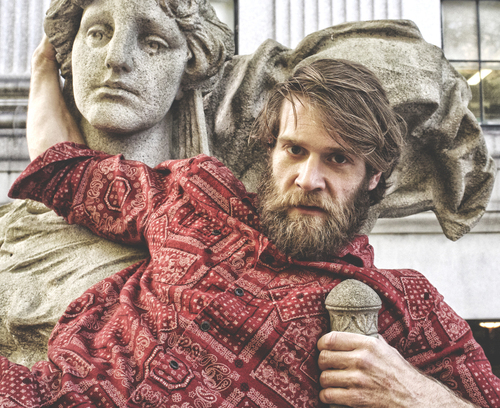 Miner: Do you still make art?

Keller: I do! I just started a big art project that will probably take me a year to complete, and I'm excited about that. I've had a bit of trouble because I want to make art as Colby Keller, and it's important to address this other career I have. [Laughs.] [Read more details on this art project here.]

Miner: As an artist, you'd be stupid not to leverage that audience.

Keller: Exactly. But more importantly, for my own art practice I need to confront it and deal with it and be able to talk about it. The work I made before had nothing to do with porn or sex or even queerness. I'm interested in physically making things like sculpture or paintings, and it's hard to reconcile that with Colby Keller. It's been a big problem, and it's prevented me from making work because I don't know how to address it. I don't want to be too explicit in the way I handle sex, and I'm not that sexual a person in my personal life. [Laughs heartily.] It feels very forced to confront that head-on. So that's been a problem.

I'm currently collaborating with Cameron Stalheim on this project to turn me into a 30-foot merman. It'll be really great.

Miner: Have you ever considered Colby art?

Keller: Yes. I definitely do. [Big Shoe Diaries] in particular I think of as a piece of [artistic] work that's constantly growing and changing. I want to bring more art into what Colby does. By that I mean making art that Non-Colby Guy used to enjoy making. It can be terrible. It doesn't have to be good necessarily, but I want to bring that into it and have Colby be an artist as well as a piece of art that I'm making.

Miner: Things are getting really nuanced and meta.

Keller: You have no idea. There are other people who participate as Colby. I'm not the only Colby. At this point Colby Keller is almost like a corporate entity. There are a lot of people who present as Colby and are part of the creation of Colby. So it's not just me, the person who has the body, who embodies Colby. 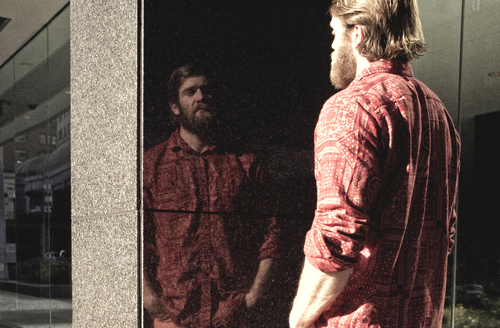 Keller: What's interesting about existing as Non-Colby Guy is that he's receding into the background more and more as time goes on. I introduce myself as Colby to most people I meet. It was difficult at first, coming to terms with that, because it's a very public persona. I went to a party the other night, and I'm just sitting there feeling like a schlub, and two people came up and asked if I was Colby Keller. All of the sudden I had to get really excited. I'm realizing that anywhere I go, people will be looking at me as Colby Keller. Thankfully, I have a lot freedom in how I've structured that character, unlike most porn performers.

Keller: I think I'm pretty open about bringing in aspects of Non-Colby Guy, who's awkward and a geek and loves art, unabashedly so. In some ways I think people like that because it's refreshing, but it also gives me freedom to actually be awkward and a geek and still be the public's perception of Colby. That's liberating for me. I don't have to project sexy like some of the other actors. A lot of guys build personas that, for better or for worse, require them to be sexy all the time. I'm definitely not that guy, and thankfully, neither is Colby.

Miner: To me I see Colby as performance art most readily in your Manhunt video blog posts. Some of them are incredibly weird.

Keller: [Laughs heartily.] Yes. I just have to thank Manhunt from the bottom of my heart and the base of my penis, because they have done everything possible to be supportive of me and let me get away with stuff. I send them videos, and I'm surprised they post them sometimes. I don't go as far as I could; I'm trying to keep it relevant and give advice to people. I'd love to take it further, but I recognize there are limits. And those limits need to be there for what it is.

Miner: I also loved it when you read a book from cover to cover on Big Shoe Diaries.

Keller: That was a really cool project! I found the book on leap day at this used bookstore in Baltimore. It's the kind of place that you can bring books in and also take as many books as you want. I was perusing the shelves and found this gay book with an interesting cover about an interracial couple. The white character's name is Keith Keller -- my chosen surname. I realized if I read one chapter a week, the project would be done in almost exactly a year. So I'm like, "This is too perfect."

Miner: Did you hear about that kid in England who wants to lose his virginity onstage?

Keller: I did hear about that. Isn't there someone every year who pulls that stunt? It's incredibly lazy. I want to do a piece that, for a certain amount of money, someone could have me castrated.

Miner: What amount of money is that?!

Keller: For this to be a good piece, it would have to be more than chemical castration. They would have to actually take my genitals off. It's hard to come up with the number for that. Man, I don't know. Several million dollars -- which sounds kind of cheap. But, hey, I'm cheap. [Laughs.] Let's see. I'd be on hormone therapy for the rest of my life, so it would have to cover that, which has to be hundreds of thousands of dollars. I couldn't work anymore in porn, so there's that. I kind of just want a small house with an art studio, so the cost would have to cover that.

Miner: I'll crunch some numbers and put together a budget for the a grant. I really want to call this piece "Parts and Labor."

Keller: That's what it's called now! Now we just need to find the person who wants to buy it. 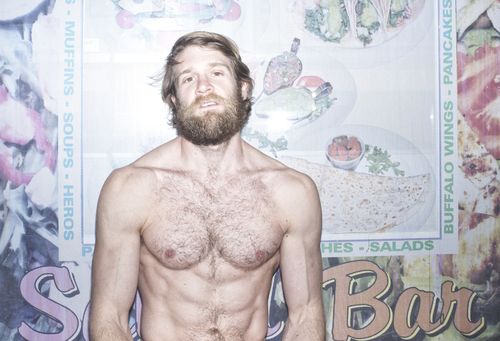