Rivka has returned from Fairbanks to her job in New York while I push on north into Alaska's Arctic frontier for a late-May look-see.

But my four-hour stop-over at Deadhorse to visit the vast North Slope Prudhoe Bay Arctic oil field, the largest in North America at 334 square miles, is dead in the melting water. I tried to arrange a tour in Fairbanks, since security clearance is needed, and asked the agent if there was something I could join onto. 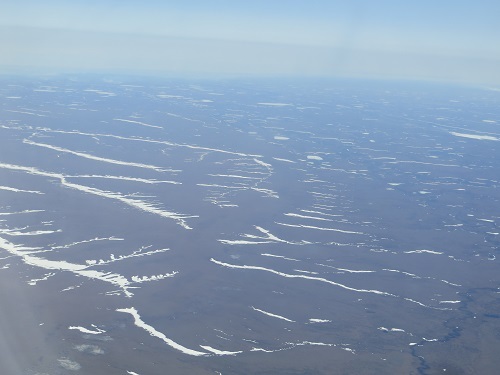 Arctic Alaska from the air

'Join onto?' quothed he. 'Tours? Our camps are flooded, our buses are trapped and we haven't even been able to send a driver north from Coldfoot.'

The annual spring melt has come with a particular vengeance this year.

Coldfoot, by the way, 240 miles south of Deadhorse along the gravel-topped Dalton Highway, was once a gold mining camp named Slate Creek, but it was rechristened over 110 years ago since prospectors making for the Koyukuk River got 'cold feet' there and turned around. 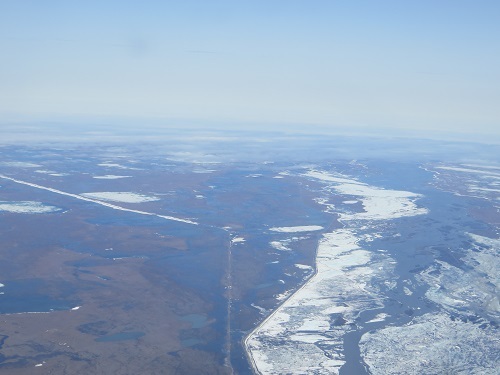 It once had two roadhouses, two stores, seven saloons, and a gambling house. Now it has about 20 permanent residents, serves as a truck stop, and has starred in that other bane of our age beyond selfies - reality TV - as Ice Road Truckers. Is there nothing these ghastly shows won't vacuum up!

Since I'm flying some 25,000 feet over Coldfoot in an Alaskan Airlines/Horizon Air Bombardier turbo-prop I don't get cold feet. 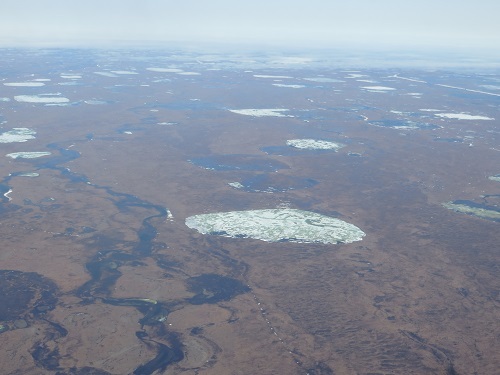 But I get a better view than I would from a Boeing jet flying 15,000 feet higher and can report that the view from the plane is indeed bleak - a waterlogged wasteland of brownish tundra with a myriad of iced ponds, some shining yellow green with lichen, and a myriad of others melting into dark water. The Trans-Alaska Pipeline zigzags across the snowy landscape. 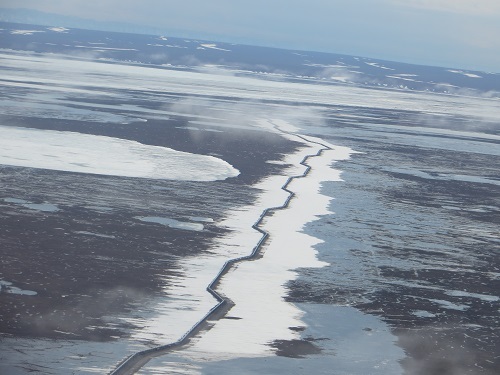 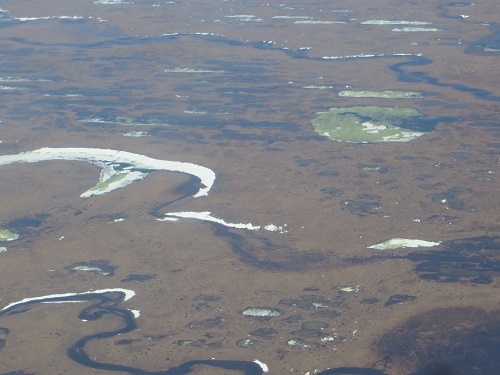 Deadhorse is a collection of packing case buildings - the hotel and other installations - on barren grey waterlogged slurry that serves as a staging post for workers on the various Arctic oil installations. My enquiry here about a tour is met with 'What? Haven't you seen the unprecedented conditions we're experiencing with the closure of the Dalton Highway and surrounding area?' 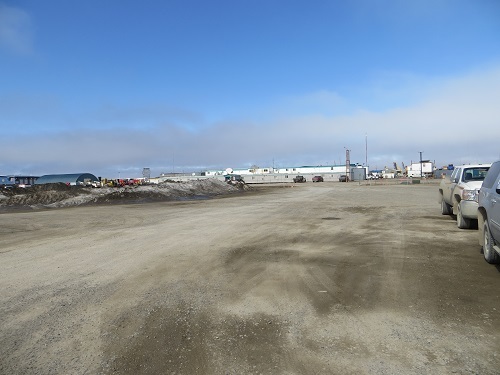 Deadhorse, by the way, apparently got its name from a local business of the 1970s called the Dead Horse Haulers trucking company.

How the company got that name is another matter. One version has it that it had a summer contract to haul away dead horses in Fairbanks. Another says a wayward heir conned his father to invest in the failing company. 'I hate to put money into feeding a dead horse,' quothed the old man. 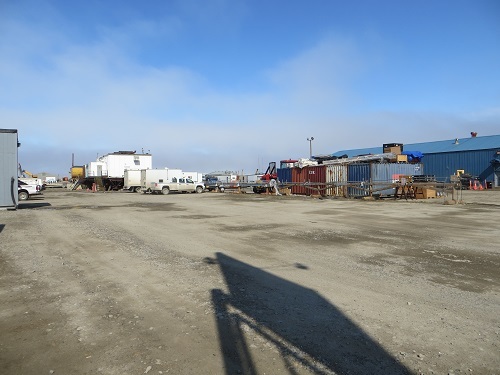 So here I am in the large collection of packing cases that goes for the Prudhoe Bay Hotel, about 300 miles north of the Arctic Circle, with nothing to do for the next three hours before the flight on to Barrow, flogging the proverbial dead horse. 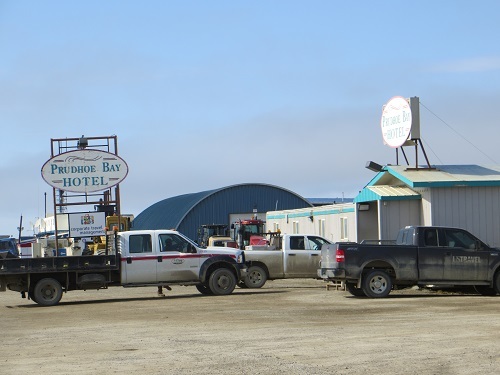 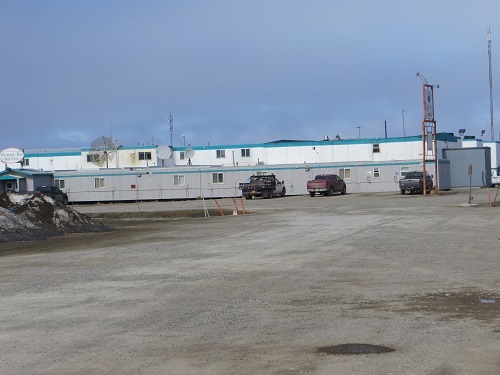 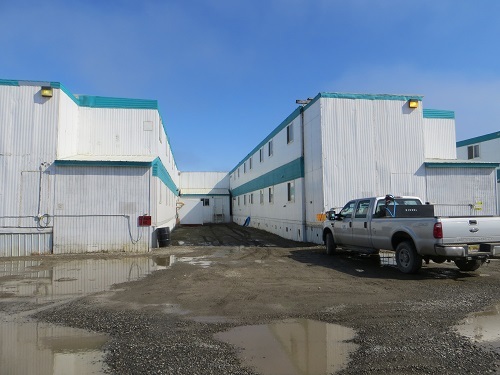 I'm 500 miles north of Fairbanks, and at least 40 degrees Fahrenheit colder, with the mercury hovering at 37 and the wind chill factor pushing it down to 25, seven below freezing. And to think I could be in Fairbanks right now trying to lob golf balls over the Chena River from that golfing cage I told you about in the last blog.

But it's sunny, even if it's cold, and there are no giant mosquitoes as in Fairbanks - because it's cold. 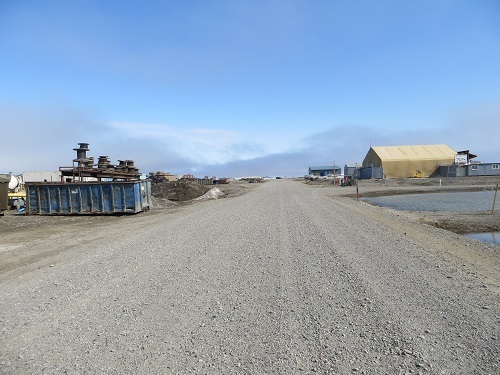 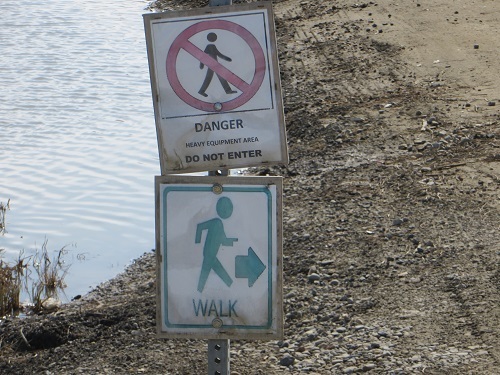 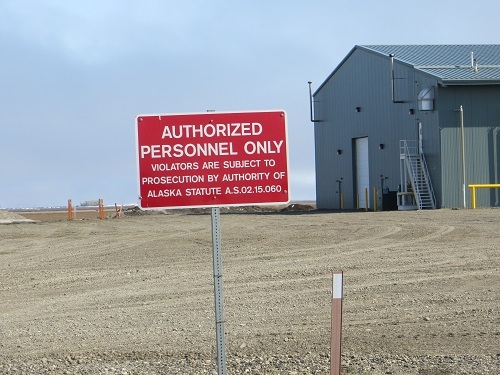 The lunch menu has been cut back as the outpost's waterlogged condition has cut off supplies.

[Upcoming blog on Sunday: Barrow, northernmost town in the U.S.] 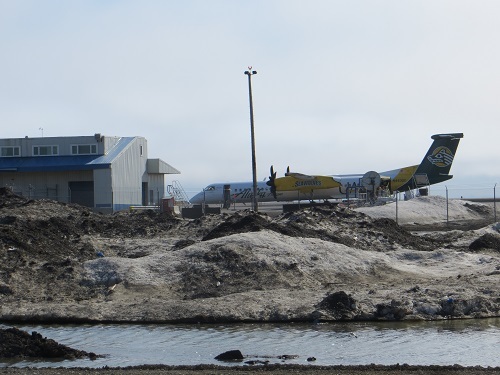 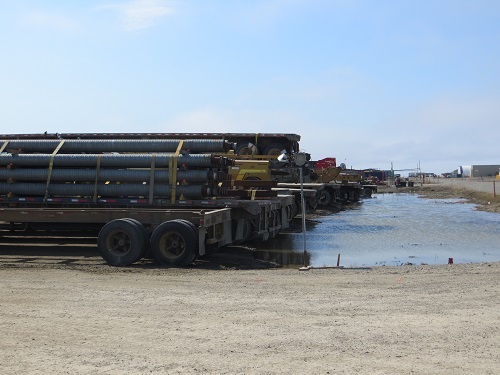 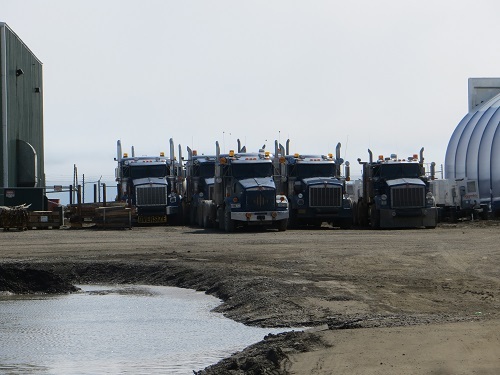 Raring to go - once the flood waters recede