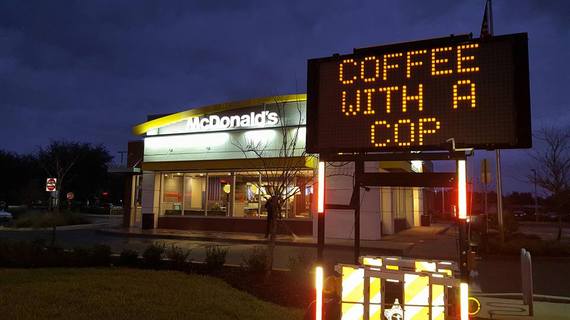 There has been so much controversy over your refusal to stand during the national anthem that I feel it is time to talk about it. Maybe I can offer you a voice to be heard on the issues and problems you feel are the root cause of your protest. You say that you are sitting for injustice (something people usually "stand up" against.) While I think it's a slap in the face to myself and every other veteran who has put themselves in harm's way to preserve that very freedom, it is your right to do so and that right is what make's America great.

I am a Police Officer and have been one for 25 years. My profession is a noble and often very difficult one. We are quickly criticized and second guessed by people who don't really know what our job is about. It would be like me criticizing your football skills when I don't really know what I am talking about, and we all know people would NEVER critique or second guess an NFL player unless they themselves played in the NFL.

Because you are a multi-millionaire elite athlete with your own set of unique problems, myself and my fellow police officers will never ever know the struggles that you face on a daily basis. You in turn, will never know the issues that we face on a daily basis. You have to make split second decisions on who to throw the ball to on the field, we too have to make split second decisions everyday. The thing is, if you make a bad decision or a bad pass, you lose a few yards or maybe even suffer an interception. If we make a wrong decision, lives change, people get hurt and people can die.

Both NFL athletes, as well as police officers, must have the confidence and training to make the right decision. Wow, I guess we actually do have something in common after all. You know what it's like to be second guessed and every split second decision analyzed, just like we do! 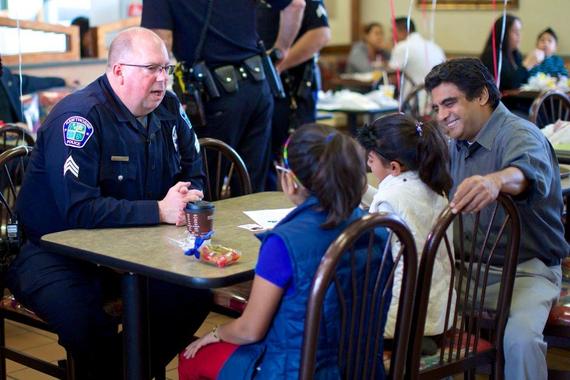 You see Colin, I just found a little "common ground" between your job as an NFL Quarterback and what police officers face every day in America, and that brings me to my point. The police and the public need to sit down and get to know each other. We need to listen and learn from each others point of view.

There is a program that has been running since 2011 that does just that> It's called Coffee with a Cop and it has been bringing police and the community together over coffee and conversation. It's simple because there are no agendas and no speeches, just a chance to get to know one another and find out how much we all have in common.

It's easy Colin because national Coffee with a Cop day is on Friday, October 7th. It's the morning after your home game against the Arizona Cardinals, so you will have that Friday off. You can just show up at any one of the Coffee with a Cop events near where you live and sit down with a police officer and talk. You may find out you have a lot in common, you also may disagree on some things too but that's okay! The important thing is you will learn from each other, and that is what we need most in this country right now. Still not sure you want to go? Give this cute little animated video a watch to see what its all about, I will see you on October 7th at Coffee with a Cop.