In my previous blog post, I shared my observations from the World Economic Forum in Davos: about the rising mindfulness movement on the one hand and the continued supremacy of what could be called collective sleepwalking on the other. Collective sleepwalking results in three deep divides that are the signature of our civilizational crisis today: the ecological divide -- the disconnect between self and nature (resulting in overuse of planet Earth's finite resources -- we are using 1.5 planets today); the social divide -- the disconnect between self and other (resulting in two societies: the 1 percent vs. the 99 percent); and the spiritual divide -- the disconnect between self and self (resulting in suicide now taking more lives than war, murder, and natural disasters combined). Looking into the mirror of our time, I see a reflection of 1914, when sleepwalking Europeans, awake but not seeing, moved the world toward WWI, then WWII, and the rest of 20th century history as we know it.

Collectively Creating Results That Nobody Wants

The reality is that we -- all of us, not just the financial elite -- are the collective sleepwalkers. How do we wake up? Why is it that, across so many major systems, we collectively create results that nobody wants? Nobody wants to increase environmental destruction, poverty, cultural ADHD, or suicide. Yet we keep doing it. Why do we collectively recreate these patterns?

The root cause of our current economic and civilizational crisis is not Wall Street (although the decoupling of the financial and the real economy is a huge problem). It's not infinite growth (although overusing earth's finite resources is another enormous problem). It's not Big Business or Big Government (although their disconnect from the real needs in our communities needs to be fixed). It's also not leadership, governance, or ownership. The primary root cause is more fundamental than any of these structural issues or systemic disconnects.

Our current crisis originates between our ears: in our outdated paradigms of economic thought. It originates in the disconnect between our dominant models of economic thought (which gravitate around ego-system awareness, in which stakeholders maximize benefit only for themselves) and the collaboration imperatives of our global eco-system economy (in which stakeholders seek to improve the well-being of all, including themselves). We have an enormous disconnect between ego-system thinking and the eco-system reality.

Economic Evolution as an Evolution of Consciousness

The main shortcomings of conventional economic theory can be summarized in two words: externalities and consciousness. Economic externalities have been discussed at length by policymakers and researchers, and many have tried to address them. By contrast, the issue of consciousness -- by which I mean not only what we do or how we do it, but the level and quality of awareness we operate from when taking action -- is completely ignored, not even registering as a legitimate component of economic thought. Why is it so important?

The current capitalist economy is fundamentally ego-centered: It is structured to satisfy my wants as an individual and to privatize or even atomize decision making. Most attempts to deal with social and ecological problems encourage consumers and producers to extend their awareness beyond themselves, to internalize the well-being of other stakeholders. But this process is inadequate to deal with the size and complexity of the crises we face today.

What's really needed is a deeper shift of consciousness. We need to care and act not just for ourselves and a few close partners, but in the interest of the entire eco-system in which economic activity takes place.

The economic imperative of our time calls for an evolution of the dominant logic and operating system from one that is based on ego-system awareness to one that is based on eco-system awareness. To paraphrase Einstein, the problem with today's capitalism is that we are trying to solve problems with the same level of consciousness that created them.

The Leader's New Work: Bending the Beam of Observation

What would the path toward an intentional, co-creative eco-system economy look like? It would take us on a journey that links together three intertwined parallel transformations -- personal, relational, and institutional. All three of these transformations must deal with essentially the same inner movement: shifting the state of awareness from ego to eco by awakening the intelligence of our heart.

The good news is, the research that my colleagues and I have been doing for the past 19 years has shown us some reliable ways to do precisely this.

Personal Transformation: From Me to We

One of the early and important moments that led me to pay attention to consciousness was when I heard the late CEO of Hanover Insurance, Bill O'Brien, sum up his own leadership experience with the observation, "The success of an intervention depends on the interior condition of the intervenor." When I heard this I thought, Wow! He claims that what matters most is not what leaders do or how they do it, but the inner place from which they operate -- i.e., the quality of awareness and consciousness that they bring to a situation. I asked myself: What do we know about this inner place, about this source of social reality creation?

We know nothing! Because it's hidden in the blind spot of our everyday experience. We can see and record what leaders do and how they do it (the processes they use), but how could we track what was going on in that inner place? To do that, I realized that we would need to bend the beam of scientific observation back onto the observing self.

Bending the beam of observation onto its source is the essence of the leader's new work. Engaging in this new type of leadership work allows leaders and change-makers to tune three critical instruments of their inner knowing: the open mind, the open heart, and the open will. (see figure). 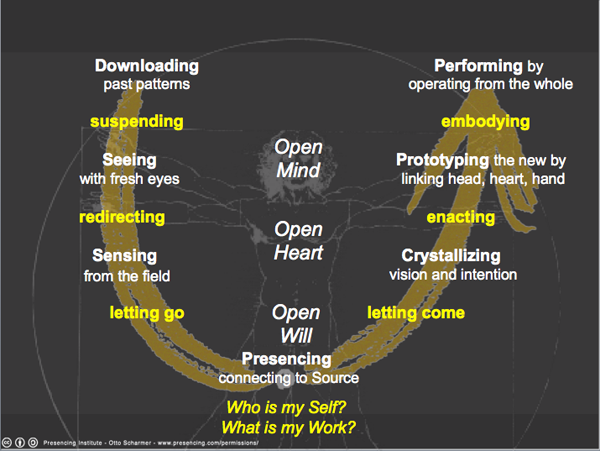 Figure 1: Theory U -- Leading from the Emerging Future

The open mind represents the capacity to see the world with fresh eyes and to suspend old habits of thought. Having an open heart means having the capacity to empathize, to see any situation through the eyes of someone else. And an open will is the capacity of letting go and "letting-come": letting go of old identities (like "us vs. them"), and letting come a new sense of self and of what is possible.

As the saying goes, the mind works like a parachute -- it only functions when it's open. The personal transformation I'm talking about here unleashes profound ways of opening up that helps us tune in to and operate from the emerging future. Leaders need to extend and deepen their capacity for listening -- from downloading (listening only to confirm what I already know) and factual listening (listening for information that challenges what I already know) to deeper empathic and generative listening (sensing and presencing the emerging future).

Relational Transformation: From Ego to Eco

Shifting from one to another requires a profound shift in the types of conversation we have with each other: from downloading and debate to dialogue and collective creativity.

An institution that moves from ego to eco reshapes the traditional geometry of power characterized by hierarchies and competition into a co-creative eco-system of stakeholder relationships that generates well-being for all. As this organizational transformation evolves -- from centralized and decentralized to networked and eco-system-based -- we will also see our larger economic system also evolve from its earlier forms (state-centric, market-centric) to more mature stages of development. (For more on all three transformations, see the Matrix of Social Evolution.)

So what will it take to wake up from our collective sleepwalking? It will require applying the power of mindfulness, both individually and collectively, to the evolution of business, democracy, and society.

To accelerate and advance this shift we need a bold initiative to build the collective capacity of mindful leadership on a massive scale. We need new innovation infrastructures and social technologies that enable diverse groups to act in new ways by co-sensing, co-inspiring, and co-creating the future that wants to emerge.

At the heart of this new collective leadership capacity is a profound shift of awareness from ego to eco. Many people know that in the age of disruption that we have entered, the big systems around us will continue to crumble and collapse. What's called for now are new is a deeper shift in the quality of our relationships -- a shift of the heart -- that allows us to co-create, prototype, and scale new forms of collaborative institutions.

To support this ego to eco shift we need a new type of awareness-based collective action leadership school -- a distributed platform that focuses on pioneering profound innovations by an approach that links and integrates all sectors (business, government, civil society), system levels (micro, macro, mundo) and all intelligences (head, heart, hand).

We already have much of what it takes in the form of living examples, methods, tools, frameworks, and capacity building mechanisms. What's missing is a shared platform and common intention by an inspired core group to make it happen on a larger scale -- a school that integrates science, consciousness, and profound societal renewal.

To explore this space of possibility and to learn from ongoing experiments already being conducted around the world, the Presencing Institute and the MIT Colab are co-hosting a Global Forum on economic transformation on Feb 11-12 at MIT. Change-makers from across all sectors, systems, and cultures will be attending. Free live-streaming will be available (the on-site event is already fully subscribed).

Over the coming months, I will share in this weekly blog more about the ego-to-eco shift, how mindfulness can be applied to our collective challenges today, the highlights of the Global Forum, and how we can bring the three revolutions that are necessary today (personal, relational, institutional) to life.

For more detail on the ego-to-eco shift: Leading from the Emerging Future: From Ego-System To Eco-System Economies.

More:
collective consciousnesshealthy livingSustainabilityLeadershipcapitalism
Newsletter Sign Up
The Morning Email
Wake up to the day's most important news.
Successfully Subscribed!
Realness delivered to your inbox