When will I get them? How big will they be? Who's going to notice them? Why are they taking so long to show up?

Illustrator Colleen Clark's new comic deals with this coming of age experience, and the constant commentary women receive about their body parts.

"When I was little, I remember being entranced by breasts because they represented adulthood and independence to me," Clark told the Huffington Post. "I remember seeing the power they had over people, and the bigger the better! One of my weirdest memories from puberty was going to the store with my mom to buy a training bra. I was so excited that I needed one, because it meant I was finally growing. Now, when I think about it, the stupid thing was just two triangles of cotton that sat on my chest. There was absolutely no point to it!"

Ruminating on her experience led Clark to think about womens' relationships with their breasts as a whole, especially during adolescence. She told HuffPost about her own conflicted feelings about her breasts:

[I'm] afraid that the whole idea of a "training bra" is just to cash in on the insecurities and confusing expectations of adolescent girls. I really wanted the comic to reflect that fascination and then disenchantment. It was so confusing to grow up expecting big breasts to make me beautiful and then to be made fun of and shamed for them as soon as they started developing. I hope that other women can relate to the comic, because no matter what bust size they are, boobs are serious baggage!

Clark has said before that she wants her comics to showcase experiences that feel familiar to female readers. "It has become my goal to make comics and illustrations that women can relate to," Clark told body image blog Jug Report. "I really think comics need more depictions of realistic, relatable women." 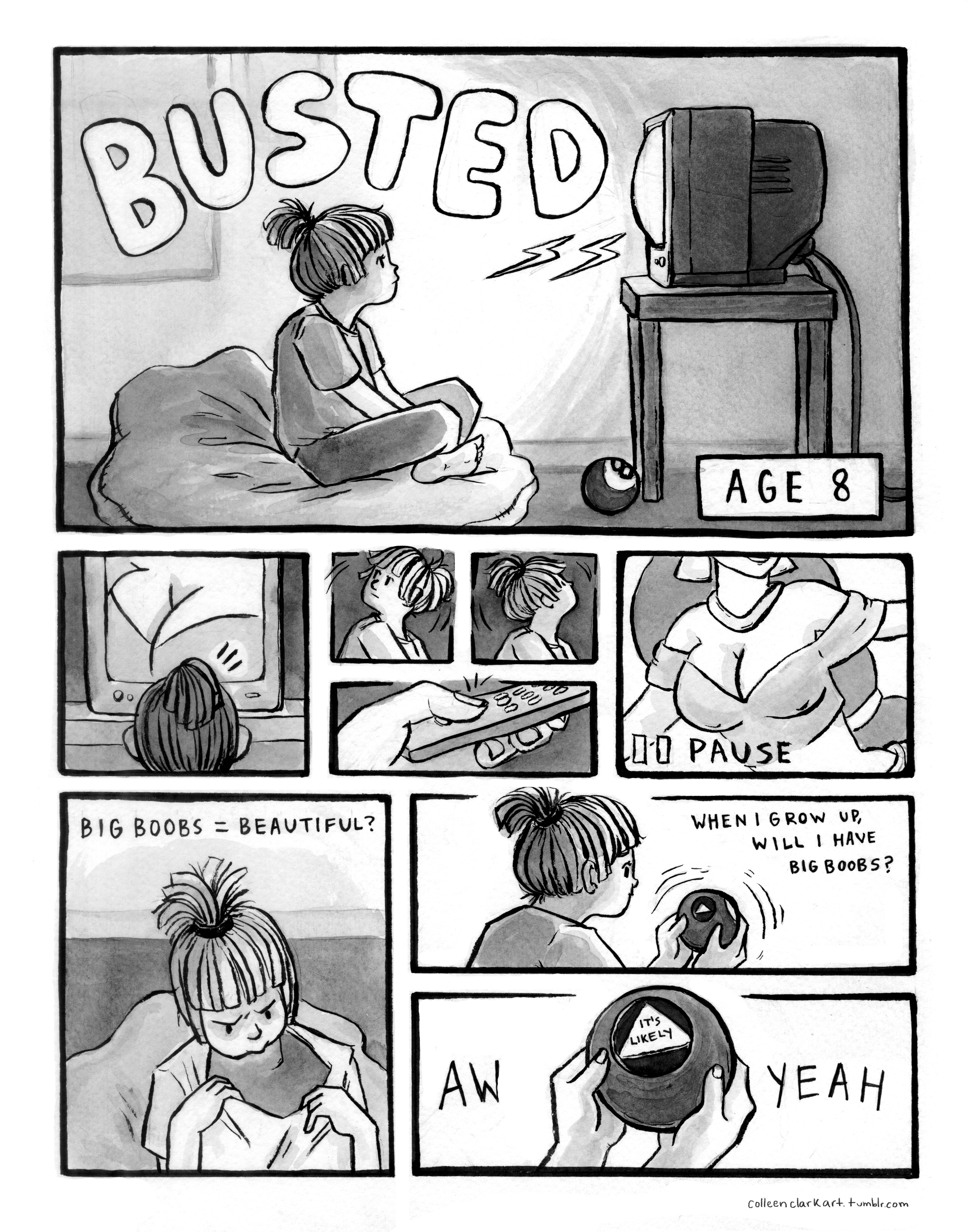 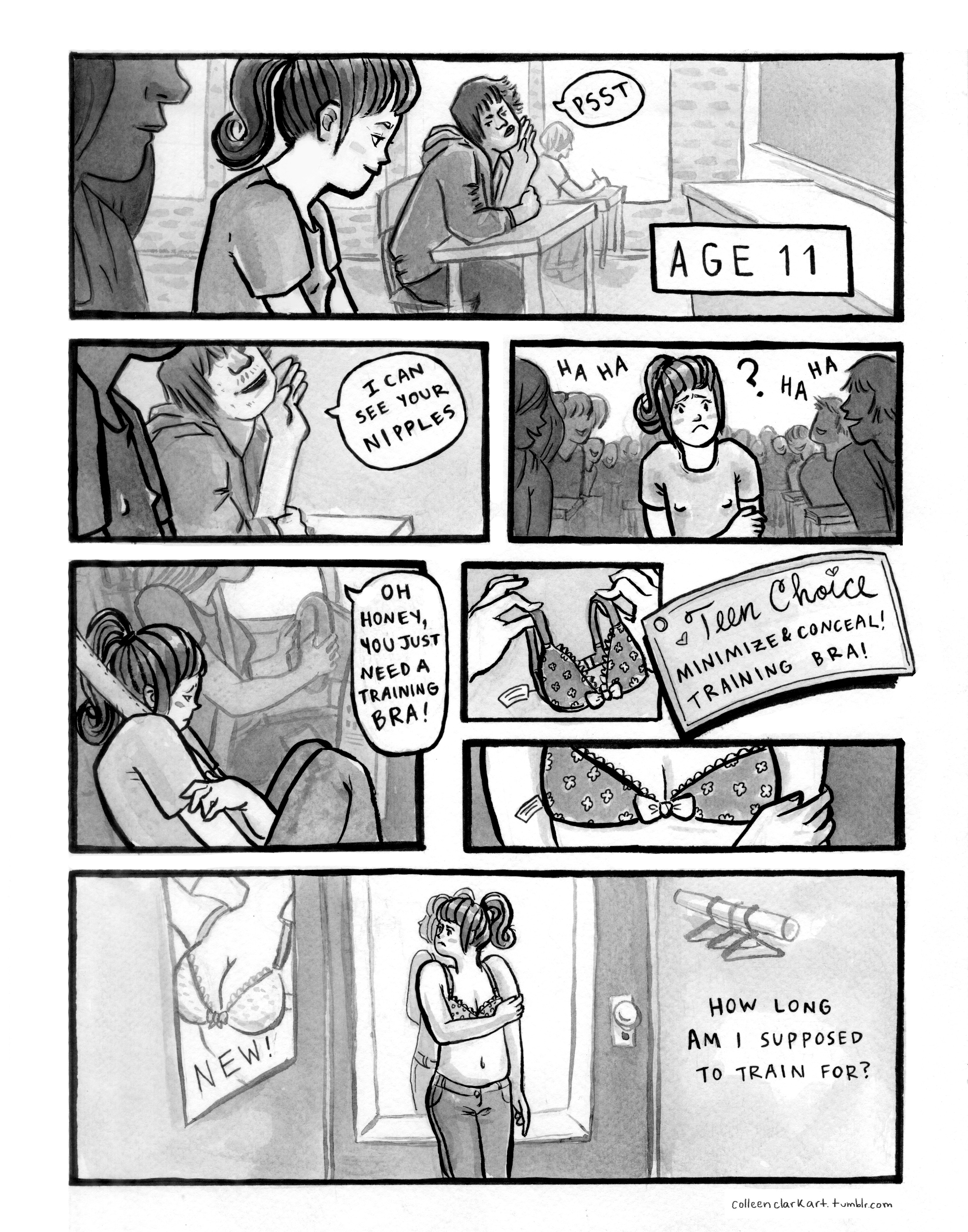 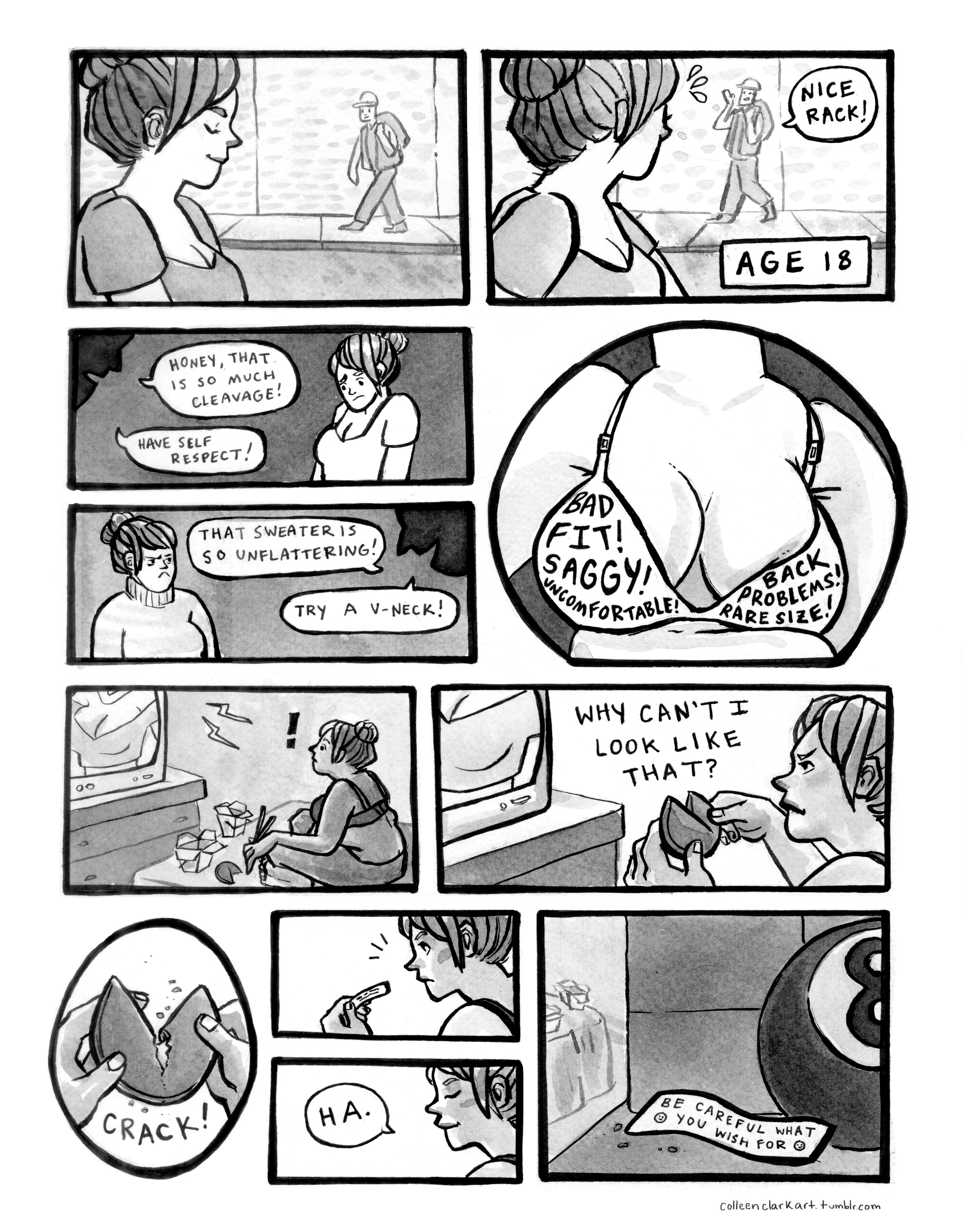