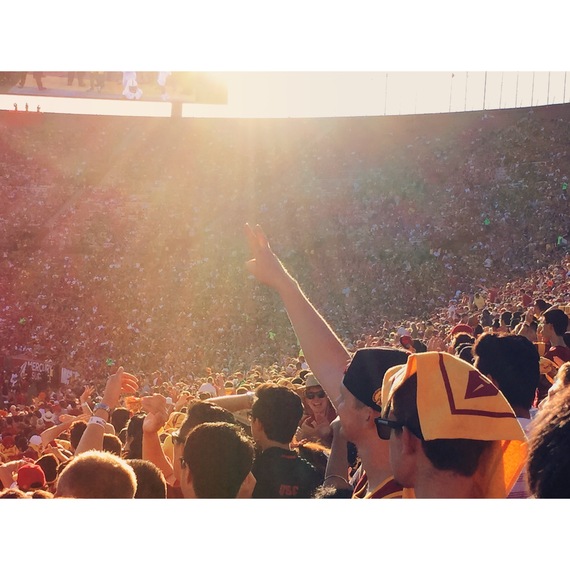 People always tell you that college is the best four years of your life. In a lot of ways, they might be right. Your education is taken to the next level -- a real-world, applicable level -- you form invaluable relationship networks, and you get your first taste of autonomy. Oh, and did I mention the raging parties? Nights you don't remember, but the ones you vaguely do: an alcohol-induced, occasionally drug-obscured, sexual adventure. You have to blow off steam from the working week somehow, right? I wouldn't know, though. I'm Catholic.

Wait, back up. I already know what you're thinking. I'm just a rule-abiding, Bible-quoting, conservative-voting, anti-gay, anti-abortion, anti-everything-most-college-cultures-perpetuate, follower. Quite the contrary actually. I break rules when they need to be broken, I cannot quote a single Bible verse, I am very on-the-fence politically, I am all for gay marriage, and I haven't decided what I think about abortion yet. You got me at the last one, though; I really am against what college culture perpetuates.

I'd like to get into that, but now you want me to back up, so I'll oblige. You're thinking, is this kid even Catholic? I call myself a progressive Catholic. Don't look it up because there's no formal definition. I mean, there's probably a Wikipedia or something on it and maybe there is a real term... I don't know. The point is, I made it up to better describe myself as I was headed to college. There were going to be a lot of introductions, lots of long talks on moral standards and questions of, "Who are you, really?" Progressive Catholic seemed concise enough.

And yet, when I tell that to people, I've gotten everything from "oh so that's why you don't drink" to "is Catholicism a real religion" in response. So here's a quick run-through of my beliefs, as of now:

Right. Now that I've sorted that out, I can return to college culture. Because it is such broad topic, one which I have only just been exposed to myself, I will simply lay down the groundwork. I've barely spent three months here at the University of Southern California, but to start: I am not saying the people to whom I referred previously, the people who claim college is the best four years of your life, are wrong; however, it's important to remember that while there are a lot of great things about college life, whether that be the killer hook-ups or the paid internships, it all depends on the person.

I'm telling you right now that as a Catholic -- and remember, I'm a progressive Catholic -- college is four years of your life spent questioning everything you've ever been taught. Whether or not you like that, well, that all depends on how you view doubt. I now refer to G.K. Chesterton, one of the great Catholic authors. In his book Orthodoxy, he wrote: "Materialists and madmen never have doubts." To me, this is a rather comforting statement that essentially validates doubt as a necessary element of sanity. That is why I am here -- at USC: to doubt and be sane. Honestly, though, my greatest doubts so far have been about the liver health of my floor-mates, and about how much sex eighteen-year-olds can really have. Riveting, right? Let's talk about it.