When Jason Padgett was attacked by muggers outside a karaoke club in Tacoma, Wash., a decade ago, he thought he was going to die.

The attackers, who he said were after his leather jacket, kicked him in the head repeatedly. Miraculously, he not only survived the attack, but developed a mysterious mathematical gift as a result of it, ABC News reports.

The 41-year-old does not see the world in the same way that most people do.

Everywhere he looks, he sees complex mathematical formulas -- like the Pythagorean theorem, for example. “Every single little curve, every single spiral, every tree is part of that equation,” he told ABC News. Padgett turns these formulas into intricate diagrams called fractals. He says that fractals are "shape(s) that when you take the shape a part into pieces, the pieces are the same or similar to the whole."

For instance, he can produce a visual representation of Pi, the infinite mathematical constant which begins with 3.14.

According to the Daily Mail, Padgett is the only person in the world known to have this skill.

Incredibly, Padgett has no advanced math degree: He is a college dropout who currently works at a futon store. According to Q13 Fox News, prior to the mugging, he couldn't even draw.

Neuroscientist and philosophy professor Berit Brogaard, who has run a series of tests on Padgett, told ABC News that his genius was likely obtained by sheer accident when he was brutally beaten by muggers. During the tests, two specific areas of his brain lit up -- the area that controls math and mental imagery, Q13 Fox News reports.

Brogaard explained that damage caused by the attack has forced Padgett's brain to overcompensate in certain areas that most people don’t have access to, transforming him into an "acquired savant."

"Savant syndrome is the development of a particular skill, that can be mathematical, spatial, or autistic (sic), that develop to an extreme degree that sort of makes a person super human," Brogaard said.

Padgett admits that his "super human" skill can occasionally be overwhelming. "Sometimes I would really like to turn it off, and it won’t," Padgett told ABC News. "But the good far outweigh the bad. I would not give it up for anything."

The mathematical genius, who sells his stunning drawings in both original and print form, hopes to one day take his skills and newfound love for math out of the furniture store and into the classroom to teach others, the Daily Mail reports.

We've put together a slideshow of Padgett's drawings but check out more of them on his Facebook page. Watch the ABC News video about Padgett's ability below. 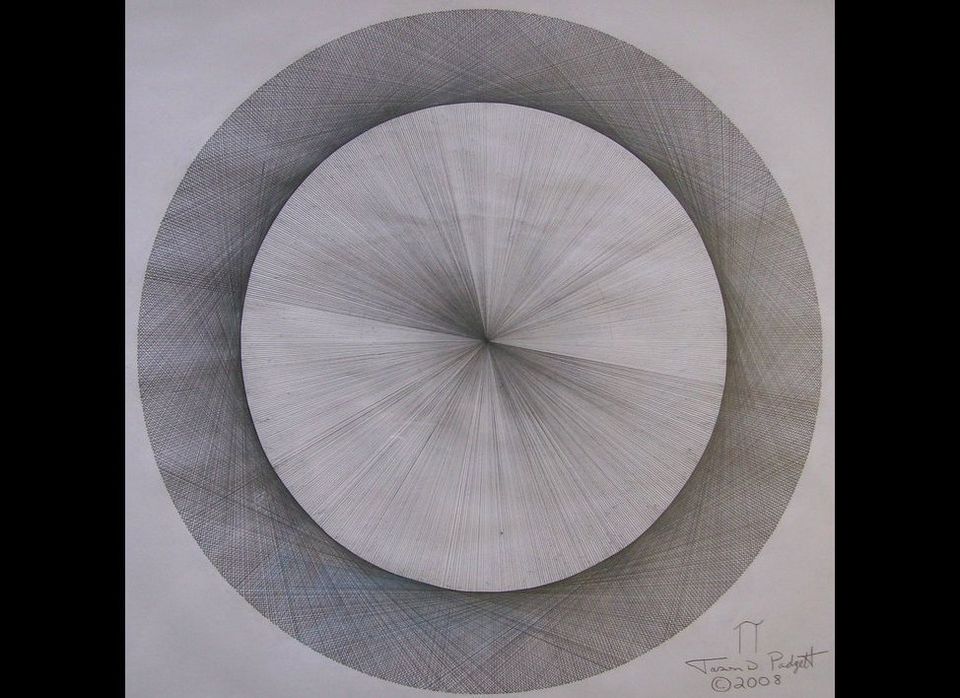