One company went above and beyond (or, more like below and beyond) to help out a woman in need.

The College Hunks moving company, based out of Tampa, Fla., gained some attention over the weekend for the kind action of one of its employees.

It all started when an elderly woman became stuck in an elevator with the moving team.

The woman told her elevator companions that she was unable to stand for long periods of time, so College Hunks employee Cesar Larios sprang into action and became a human chair for the woman to rest on while they waited for the elevator problems to be fixed, Nick Friedman, co-founder and president of the moving company, told The Huffington Post in an email. 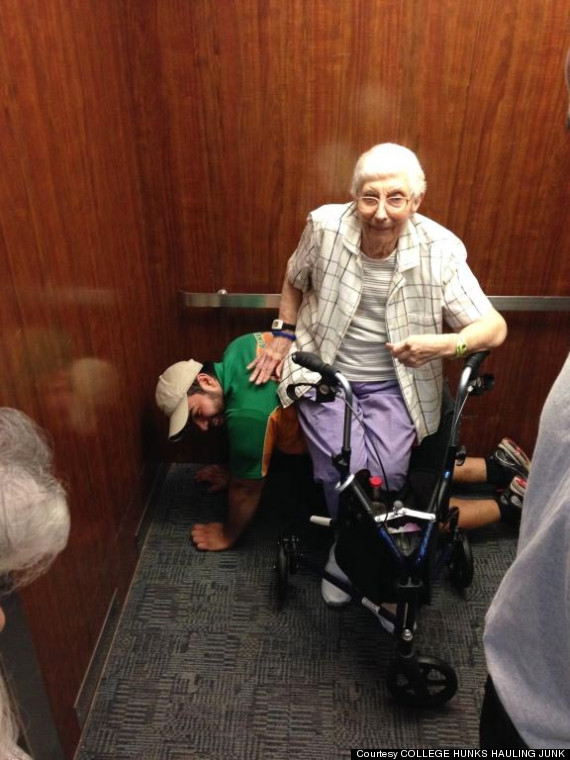 "The response to the picture is mind blowing. Thousands of people are sharing it and posting it on social media," Friedman told HuffPost. "I think what's great about it is that it's a genuine moment caught on camera. A lot of people say the younger generation has lost certain values. But one small picture shows that chivalry and hard work are still very much alive in our youth." 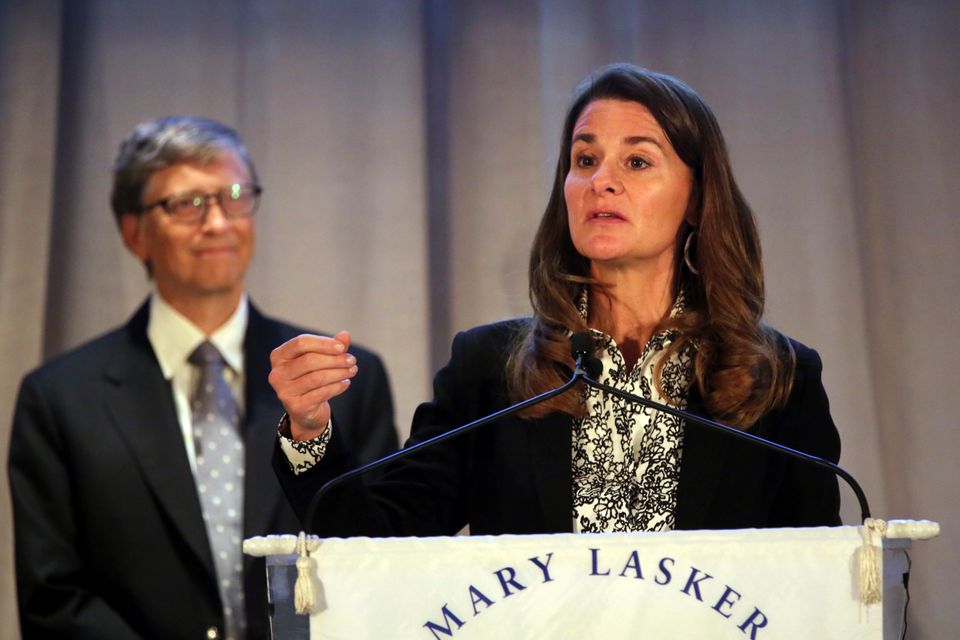 1 / 8
1. Bill And Melinda Gates
Microsoft titan Bill Gates and his wife Melinda have devoted their lives to tackling some of the world's toughest problems. With an endowment of <a href="http://www.gatesfoundation.org/Who-We-Are/General-Information/Foundation-Factsheet" target="_blank">$38.3 billion</a>, The Bill And Melinda Gates Foundation takes on projects in fields as diverse as hunger, poverty and education. The foundation granted $3.4 billion in payments for projects in 2012 alone. "We’re both optimists,” the couple once <a href="http://www.gatesfoundation.org/Who-We-Are/General-Information/Letter-from-Bill-and-Melinda-Gates" target="_blank">wrote in a letter</a>. "We believe by doing these things—focusing on a few big goals and working with our partners on innovative solutions—we can help every person get the chance to live a healthy, productive life."
AP