For Sara Valente, the transition from high school to her freshman year at Harvard was rocky. She was homesick, anxious about making new friends and, as she puts it, “obsessively comparing myself to my classmates.”

“The stress of Harvard quickly overwhelmed me,” the computer science major explains. “I felt I had nowhere to turn.”

After a year, the teen reached out to the Ivy League school’s on-campus mental health providers and began attending weekly therapy sessions. She also met with a psychiatrist who diagnosed her with anxiety and depression, the two most common concerns brought to professionals at campus counseling centers, according to a 2017 report by the Center for Collegiate Mental Health.

Treatment at counseling centers has been found to reduce symptoms of anxiety and depression in students, according to the report, and the past four years have seen a growing number of students present these concerns. Prior reports have found that demand for campus treatment centers was rising faster than enrollment growth at universities across the country.

But many students still don’t get the help they need. For one thing, campuses often lack the resources found at well-endowed schools like Harvard. When schools do have services available for students, it’s not always obvious how to access them. And stigma surrounding mental health issues can deter young people from speaking up and reaching out.

Students like Valente, however, are taking action to improve access to care and address the culture that makes their peers reluctant to seek help. Some have formed clubs and support groups, others educate fellow students about mental health offerings on campus. And new research suggests that these efforts have made a difference.

Valente’s experience inspired her to join the Student Mental Health Liaisons, which serves as a link between Harvard’s mental health resources and the student population. A rising senior, Valente now serves as the co-president of the organization.

“At Harvard, we’re surrounded by high-achieving students who seem to not break a sweat, who are excelling at everything from academics to sports and extracurricular,” says the group’s other co-president, Sofia Cigarroa Kennedy. “It can be isolating to feel like you’re the only one who is having a hard time, but in reality everyone has something that is going on.”

For many students, their first brush with mental health challenges will happen on campus, according to Dr. Marcia Morris, author of The Campus Cure: A Parent’s Guide to Mental Health and Wellness for College Students.

“With three-quarters of mental health disorders developing by age 24, college campuses are places where a young adult can experience a mental health problem for the first time,” Morris told HuffPost. The academic, social and financial pressures placed on this age group are a massive trigger for an array of conditions, she added.

Having served as a college psychiatrist for two decades, Morris watched the issue of student mental health balloon. And as it grew, so too did efforts to curb it.

Harvard’s Student Mental Health Liaisons is just one of five peer-driven counseling groups that have popped up at the university in recent years. And campuses across the country have similar student-run endeavors.

Certain groups have even spread beyond their parent campus to other schools.

In 2003, Alison Malmon, then a junior at the University of Pennsylvania, launched the student-run group Active Minds following the suicide of her brother. She wanted to build a community that would hold campus-wide events, distribute information on mental health resources, collaborate with the school’s counseling centers to refer students reaching out for help, and bring in speakers to discuss their own journeys seeking treatment. Active Minds now has a presence at 600 campuses across the country, including the University of Southern California, Georgetown University and Northwestern University.

“Research shows that students first tell another student when they are struggling,” says Laura Horne, director of programs at the Active Minds national office in Washington, D.C. “By educating students and engaging them in mental health programming and discussions, we are really preparing students for when another student is likely to come to them and tell them that they are struggling. The students can then spot those signs and help.”

The presence of an Active Minds chapter on a campus was found to foster an increase in general knowledge and positive attitudes about mental health.

“Stigma on campus has decreased alongside the Active Minds movement,” Horne explains, noting that each year, more and more students say that they wouldn’t think less of someone who sought help for a mental illness.

Sarah Seabrook-DeJong, a psychiatric nurse practitioner, works at the Inspira Health Network near Rowan University in Glassboro, New Jersey. The nonprofit supports mental health services at the school, and as Seabrook-DeJong interacts with the student body she has noticed them becoming more empowered.

“I see the college students as being verbal about their mental health needs and asking for it,” she tells HuffPost.

“They are not only advocates for themselves but also their peers. They will guide their peers to services and also provide education about their experiences. They talk about mental health,” she explains, adding that today’s college kids are more likely to seek out treatment and partake in self-care rituals like yoga, mindfulness and meditation.

And with progress come evolving priorities for organizations like Active Minds, which has begun assisting students who want to make policy changes at their schools, such as increasing mental health funding and adding crisis hotline numbers to student ID cards. Over the last five years, the group has helped implement such changes on more than 60 campuses.

As peer-run organizations continue to drive demand for mental health care access, they are now preparing for their next challenge: overwhelmed counseling centers and long wait times to see on-campus therapists.

“We are in a new era now where campuses need to find innovative ways to be able to support their students as their students are seeking help,” Horne says. She’s working with Active Minds chapters to help student leaders work with their schools to meet new demands.

But every mental health victory, no matter how small, is a massive win.

“We are seeing sad and tragic stories across our country where students are dying unnecessarily because they don’t have the resources or outlets to be able to deal with the issues that we are all facing,” says Stefan Santrach, a rising senior at the University of Michigan who serves as the programming director of the student-led Wolverine Support Network, founded in 2014 in response to two student suicides on campus.

Santrach joined the group two years ago, after the death of a childhood friend.

“If the work that we are putting in … is making a little step forward to improve the mental health of students, if it can save one life, then all of that work is worth it.”

CORRECTION: An earlier version of this piece misidentified Sarah Seabrook-DeJong as an administrator at Rowan University. She works at a medical nonprofit near the school.

Nicole Pajer
On Assignment For HuffPost
Suggest a correction

As A Mental Health Crisis Sweeps Across Colleges, Students Step Up To Fix It
The Brilliant Way This Artist Used Paper Clips To Explain Mental Health 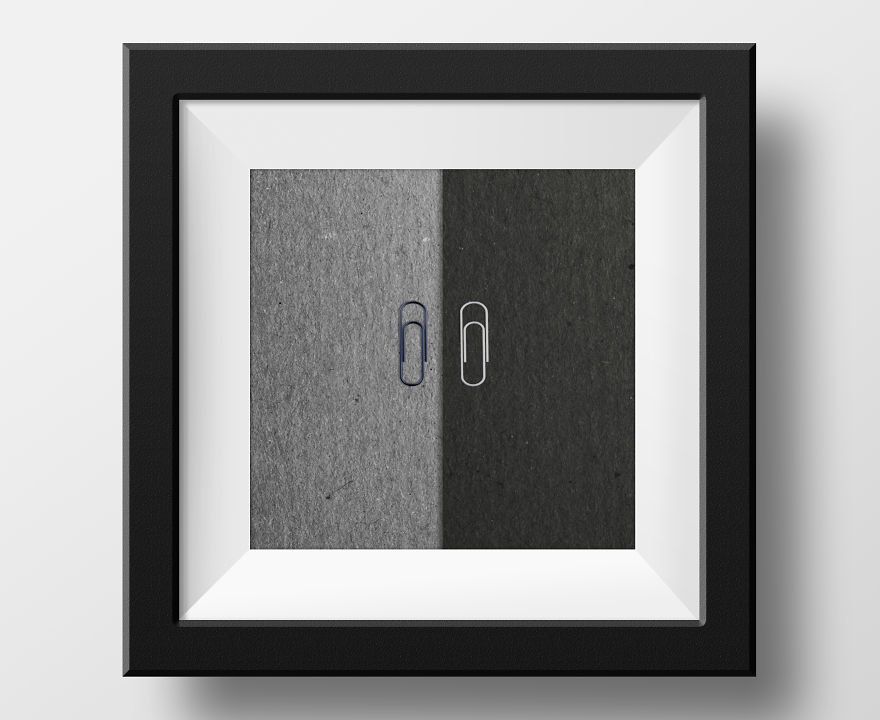 1 / 8
Bipolar Disorder
Bipolar disorder is a mental health issue that can cause&nbsp;intense mood changes. This photo aims to capture the manic and depressive states of the condition, which affects <a href="http://www.dbsalliance.org/site/PageServer?pagename=education_statistics_bipolar_disorder" target="_blank">2.6&nbsp;percent of American adults</a> in a given year.
Eisen Bernardo