Ah, the allure of back-to-school season: the promise of new friends, the return of sweater-weather, crisp new notebooks and a planner, to help you organize it all.

But, you know, we're betting a planner with the rival school on the cover isn't exactly on the top of most students' wish lists.

Washington State University bookstore, The Bookie, distributed a free planner with a photo of a scenic campus on the cover, but, as it turned out, that campus belonged to the University of Washington.

Nearby restaurant Munchy'z Hot Dogs posted a picture of the planner:

Hey @WSUPullman, can you ask the Bookie why they decided that a UW building belonged on #WSU planners? (h/t nix831) pic.twitter.com/sQBQer9jUv

According to a WSU official, a publisher mistakenly chose a photo of the other Washington-based university to feature on the planner's cover, The Seattle Times reported. Educators told KREM the mistake wasn't a "huge deal."

The Huffington Post reached out to The Bookie, which is managed by Barnes & Noble, but could not immediately get in contact with someone.

PHOTO GALLERY
Back To School FAILS 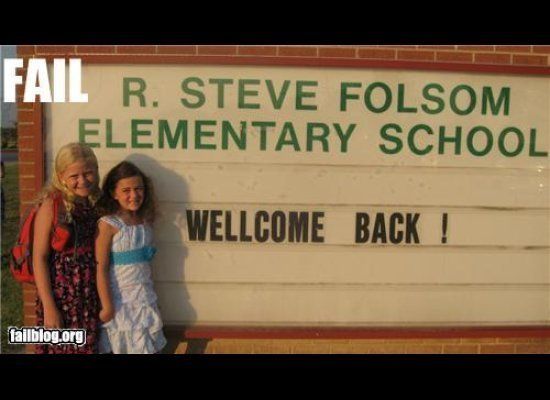