The sign over the entrance of the dorm said "Welcome Home." As I glanced up at the window that used to be my dorm room, I couldn't help but think, "Welcome home indeed." I was on campus at Cornell University for my 30th reunion, on my way to the first event of the weekend, quietly anticipating seeing all of my friends. 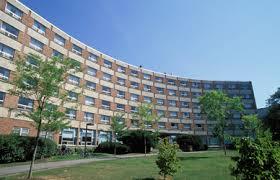 While it was a long time ago at this point, the four years that I spent in college were amongst the best four years of my life. I don't mean to insult anyone or anything that's come along since then, but I have to say that I was blissfully happy in college. It was the years and decades after graduation when real life kicked in.

Cornell was home, and it always will be home. It felt good to be home, even for a brief weekend.

I've been to every reunion, every five years, since I graduated. In many ways, I can mark the milestones of my adult life by those reunions.

1990. At the first reunion just five years out of college, I brought my then wife. Granted, she went to Cornell as well so it wasn't a stretch, but we had been married just about a year so there was much cause for celebration. Among my group of friends and fraternity brothers, we were one of the last to get married so it was fun to join the crowd. Yes, I know, I was 27 but that's what you were supposed to do back then.

1995. My daughter was born in 1993, and then my son in 1995. They were the hot topic of conversation at the second reunion. I was still dealing with newborn sleep deprivation, but I made it back on campus. Again, most of my friends had already been having children so sharing war stories until the wee hours of the night was just the thing to do. Truth be told, life was starting to unravel, but it was easy to blame it all on the babies.

2000. The next reunion was the most difficult. Gulp. In the five years that had passed, I'd gotten divorced and came out. It's amazing how much can happen in five years, and I have the scars to prove it. Some people knew, some people didn't know, and I couldn't be sure who was who and if everyone or anyone was cool with it. Going in, I wasn't sure what to do, what to say, and who to say it to, and as a result none of us really said anything. One of my best friends from college chaperoned me, and I do mean that literally. Good friends know when to just have a beer and dance, and I came out a better man after feeling a lot of love that weekend.

2005. I was in a much better place as my new life had settled in. My worries of raising kids as a gay dad had calmed down, as had the stress of it potentially being used against me. Back then you couldn't be too sure if a court action would come your way to take your kids away. I'd lived in fear for those five years, but slowly I was starting to put that behind me. I'd been with my partner quite awhile by now, although I went to the reunion alone and hadn't really introduced him to anyone quite yet. Not sure why, probably still that nagging need to keep it all quiet. I had started my own agency so that I could be home for the kids, and while it felt like a step back at the time, it was really starting to flourish at this point. My friends were all starting to excel in their work as well, so it was fun to see everyone so successful and happy. Me included.

2010. I launched the first of what would eventually become three business books right before the reunion that year, so I did a book signing at the Cornell Bookstore. I almost burst into tears when my friends started streaming up to the table where I was sitting behind a stack of books. It was such a big career milestone for me, and they were all sincerely excited. It was also the year that I brought my partner with me to meet the gang all at once. It felt good to be a couple, and it felt critically important to bring him home with me too.

2015. This year was probably the biggest reunion of them all, with what could be the one of the most important moments of my life. I've once again just launched a new book called Out and About Dad, but this one is really personal ... it's about my life as a single, divorced, gay, and then coupled father and all the trials and tribulations that come from those labels. Yes, I did another book signing on campus but this one was so different. The book isn't about my career or even about my kids; it's about me. It's about me coming to grips with who I am, it's about overcoming societal expectations, and it's about overcoming the obstacles that can hold any of us back. Out and About Dad is an unconventional tale of a very rewarding journey as a father and here I am sharing it with my friends.

I still can't believe I had the guts to put it all down on paper; I guess that's what growing up is all about. Now that my kids are young adults themselves, pursuing their own paths, I feel comfortable enough to bring it all to life. 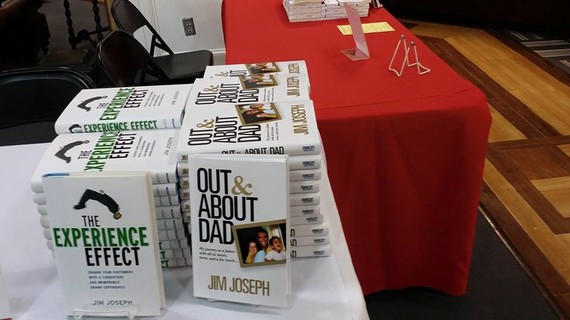 My 30th reunion year was a big year for me ... I finally told my story, all of it, in the most honest way that I know how. Sadly, I had to cut the weekend short for a business trip to London; still balancing work and life like all the rest of us. While my life may be a road less traveled then for most, we all have our own struggles. While mine may have been different or perhaps not, they are no more severe or no more easy than anyone else's experiences.

By sharing our stories, we can help each other move forward so that we can pass our milestones happily.

I can't imagine what the next reunion in 2020 will bring, but all I can say is that I'm looking forward to it.