Earlier today, students from at least 100 college campuses around the country walked out of class in a show of solidarity and support for the Occupy Wall Street movement.

While the Occupy Wall Street movement has yet to present a coherent agenda or message, the college students who marched today in support of it were clear about their concerns. They banded together to make their voices heard, many citing the rising amount of student loan debt and the increasing cost of college, in addition to a dearth of decent jobs for recent graduates.

"With budget cuts and tuition increases, students' voices are demanding to be heard," said Conor Tomás Reed, 30, a participant in today's walkout. Reed teaches at the City University of New York and is also a student at the Graduate Center of the City University of New York. "It's a collective roar, and students are beyond disgusted and fed up. The time is especially ripe for this kind of mobilization."

Today marked a significant day for the movement as a whole, both for its organization and coordination among college campuses and for its ability to mobilize supporters across not just a city, but an entire nation.

In New York, Reed walked out of his graduate school class at 3:45 p.m. to join his fellow classmates in a caravan to downtown Manhattan. Once in Foley Square, they planned to march in solidarity with the thousands of other protesters headed towards Liberty Plaza.

"It's a fever. It's really spreading like a fever," said Reed, who was also among the more than 700 individuals arrested on the Brooklyn Bridge during the Occupy Wall Street protests last Saturday. He compared today's student walkouts with the lunch counter sit-ins of the 1960s.

While getting college students to skip class doesn't necessarily qualify as a radical act of political engagement, Shamus Khan, a professor of sociology at Columbia University, sees a larger, possibly more unifying force at work in today's walkouts.

The collective anxiety has yielded collective action. In New York, while student organizers at CUNY and SUNY had originally planned the walkout for Wednesday afternoon, word quickly spread to other schools and to other cities.

By Sunday night, the New York-led student walkout had gained national traction, as Occupy Colleges, a Los Angeles-based grassroots group, aimed to get as many colleges on board as possible.

Occupy College's Facebook page announced a countrywide student walkout at noon, local time. It read: "Do not go to school. Go fight for yours and everybody else's rights. The time is now to join our fellow 99 percent!" By Wednesday morning, 75 schools had registered; by the end of the day, dozens of pictures of student-led walkouts littered their Facebook wall.

Despite the rain, Natalia reported a small walkout at Santa Monica City College, in addition to a larger student-led protest at the University of California, Berkeley.

Back in the east, James Searle, 26, a Ph.D at the University of Albany, reported that about 450 students assembled at a lunchtime rally to air their grievances, mostly related to the recent hike in tuition.

Afterward, the group made its way towards University Hall, where the school's administration is located. While police initially barred their entry, Searle said that about 200 students finally made their way through the doors to participate in a general assembly outside the president's office.

Elsewhere, David Michael Ball, a 20-year-old freshman at Indiana University of Pennsylvania, organized his school's walkout. As the clock struck 12, he and 41 other classmates gathered in a common area at the center of campus, where they read speeches, aired the demands of the Occupy Wall Street protesters and then spent another hour addressing the issues they faced as students, namely, the cost of tuition, student loans and the minimum wage.

"It was empowering to finally feel like we were doing something that mattered for the world," said Ball, who hopes the student-led branch of the movement continues to gain traction.

In Boston, Bryan MacCormack, a senior at Northeastern University, has been involved in campus activist groups since he took a class two years ago called "Global Markets and Local Cultures." He learned about the Occupy Wall Street movement soon after the first calls to action went out, and says he was initially unsure that anything would come of it. Over the past few weeks, as the movement gathered steam, he says he slowly came around.

On Monday, he received an email from another campus activist, Kate Pipa, who said she had learned through Facebook and other social media of a movement called Occupy Colleges. "We started a Facebook group and called a meeting that night," said MacCormack.

Early Wednesday afternoon, MacCormack and about 100 other students gathered by a flagpole on Northeastern's campus and took turns delivering short speeches from a low granite wall engraved with the names of school benefactors, speaking in a style familiar to anyone who has spent time at the Occupy protests, with the crowd repeating and amplifying each of the speaker's sentences.

One after another, the speakers explained why they counted themselves among the "99 percent" of Americans who don't control the bulk of the country's wealth. For the most part, they focused on issues of concern to college students: worries about their future, and in particular anxiety about repaying loans and their mounting student debts.

Alyssa Castiglia, a senior, described herself as "a typical Northeastern student" who studied hard and got good grades but struggled to pay tuition. "My parents can't afford for me to go to school," she said. "When I graduate, I'm going to have $125,000 in loans, which is $1,500 a month. I ask you, how I am supposed to live off that? I am the 99 percent, and it isn't fair that someone who works hard can't succeed."

Back in New York, Jason Farbman, a 33-year-old graduate student at New York University, planned on airing his complaints loud and clear.

"There's this generalized anger that students are finally allowed to express," said Farbman, who planned on meeting up with fellow NYU and New School students in Washington Square Park after walking out of class. "Every student in school right now is looking at the prospect of zero employment, insane debts to go to school, and entering into a workforce with no jobs. These are kids from every walk of life who are doing exactly what they've been told to do in order to succeed and realizing that it's all a bunch of bullshit." 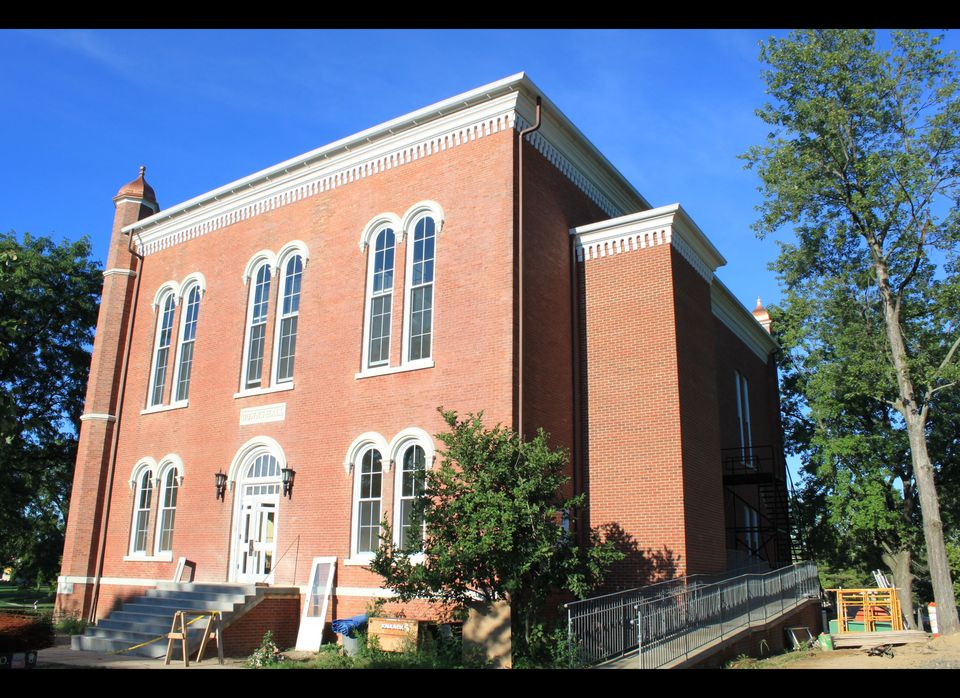