Fenwick senior Anthony Caputo logged onto his Facebook and noticed something different on his newsfeed. A bunch of bizarrely punctuated, pun-laden monikers pop up in place of familiar names.

Caputo isn’t logged into someone else’s account—his senior friends have changed their Facebook names in preparation for college application season.

“Many of my friends have been switching the email they use for their social (media),” Caputo said. “They have also been using their middle or nickname instead of their last name.”

The trend is nothing new—it’s been going on for years. But as teens are plugging into more social networks than ever, it’s becoming a greater concern. Do college admissions officers look at Twitter, Instagram and Vine too?

“I believe certain colleges may look at social (media) that students aren’t careful with, like Twitter and Vine,” Caputo said. “Many students do not realize that they are not on private and are easily searchable to people they do not know.”

Still, some students are skeptical about these quick fixes—such as changing your first or last name on Facebook—and whether or not they actually work.

“Is it really effective to change your Facebook presence?” asked Hinsdale Central senior Zoe Wong. “People know not to put sketchy stuff on their Facebook pages.”

After going to so much trouble to mask themselves online, students might be surprised to find out that some colleges aren’t paying much attention to prospective students’ social media accounts.

“We really don’t look at anyone’s individual profile for social media accounts,” said Lauren Belanger, communications coordinator for the University of Illinois’ office of undergraduate admissions. “Last year we had over 33,000 students apply, so that would really be a large undertaking for us to be able to look at people’s personal pages.”

According to a 2013 Kaplan Test Prep study, nearly 31 percent of college admissions officers said they looked up an applicant on social media. That’s up from Kaplan’s 2008 study when 10 percent of officers had this response. Why the spike in numbers?

“The acceptance of social media use across all demographics is much broader today than it was five years ago,” said Seppy Basili, vice president of college admissions and K-12 programs at Kaplan Test Prep. “When we first started asking about this topic in 2008, social media was still largely the domain of a younger generation, and the idea that admissions officers or employers, or even parents, would venture into this arena was foreign and disconcerting for many.”

In some cases, these social media check-ups could work in an applicant’s favor—especially when it comes to extracurriculars and awards.

“Years ago, finding out more about these accomplishments would mean a phone call to a guidance counselor,” Basili said. “Today, a quick Google search will often turn up more color and context, so often these checks can in fact benefit applicants.

Of course, there are also negative things that could catch an admissions officer’s eye.

U. of I. hosts a Facebook page for recently admitted students, and even there Belanger sees questionable posts. “That doesn’t change their admission decision, but it’s just a matter of good judgment,” she said.

While this news may come as a relief to many students, it’s important to realize that your online life has a lasting footprint on your future. Everyone—not just teens applying for college—should be aware of their online reputation.

“Social media is a database of you, and people are going to be able to look at you and all your information for years to come,” Belanger said. “You may be OK with some of the things you have on there as an 18-year-old, but when you’re applying for jobs or graduate programs four or five years from now you may not be as comfortable with that.”

When it comes to posting anything on social networks, Caputo said he has one simple rule: “You should only post things that you would feel comfortable (with) people seeing or learning about you.”

When asked what actions they have taken or plan to take to safeguard their online presence, here’s how students responded:
21.6% change their searchable name
21.9% change their public profile picture
26.4% untag themselves in photos
12.1% delete their Facebook or other social media accounts 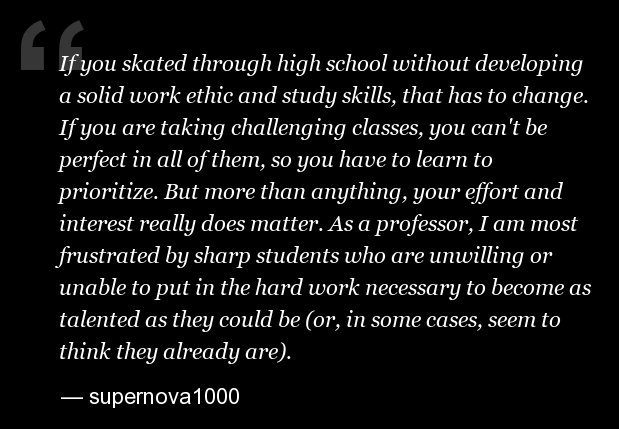