A new analysis of data from the U.S. Department of Education's Office of Postsecondary Education shows several campuses in the State University of New York system have some of the nation's highest rates of on-campus drug arrests.

The "Drugs On Campus" report by Project Know, a website that provides information about getting help for drug addictions, analyzed drug and alcohol arrests and disciplinary actions on campuses in 2013, the most recent data available. Project Know limited its analysis to colleges with at least 5,000 students.

"The safety of our students is top priority," New Paltz spokeswoman Melissa Kaczmarek said in a statement. "As such, we are not surprised by this data, as it is well-known that New Paltz has restrictive policies with respect to drug use/possession."

Kaczmarek added that the school has a low rate of recidivism "thanks to community policing, strict enforcement and intervention/prevention education. There is never a drug citation on campus without a concomitant judicial action where it is made clear that offenders are putting their education at risk."

The university did not respond to a question about why there were so many more arrests in 2013 than in 2012. 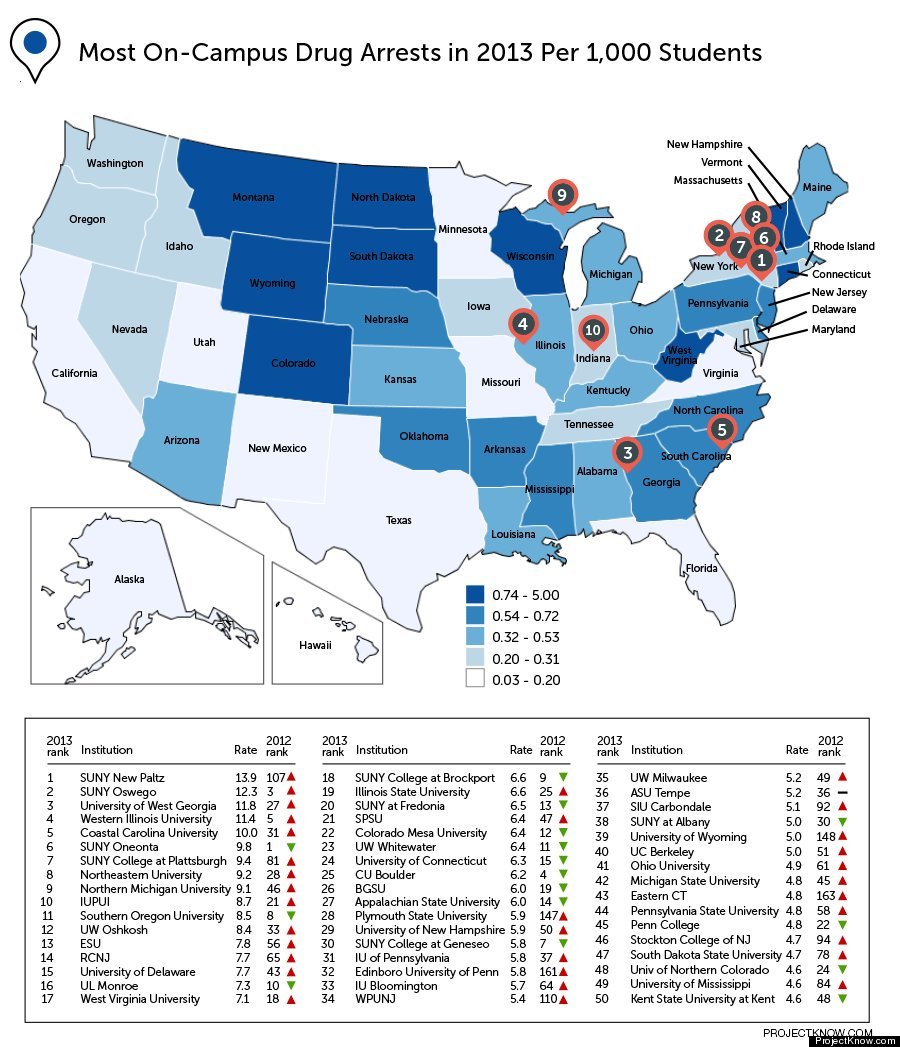 Eight of the top 50 schools with the highest rate of drug arrests per capita fall in the 64-campus SUNY system.

School officials say part of the reason that there are so many on-campus arrests may be that each university campus has an actual police force.

“On each of these campuses, for example, we are fortunate to have University Police forces exclusively patrolling the campus, while many other public and private institutions rely solely on local law enforcement agencies," SUNY Police Commissioner Bruce McBride said. "Having a dedicated, community-oriented police department located right on campus likely results in our officers discovering or being called to incidents of recreational drug use more frequently."

McBride said the SUNY numbers may not be "a true reflection of the amount of drug use happening on our campuses in comparison to others nationwide."