Rarely does a photo spell out the emotion it produces, especially in Space.

The stunning image, which you can see for yourself below, is actually a collision between two galaxies, now being called VV 340, according to NASA's Chandra Observatory. The upper half of the picture is currently considered VV 340 North, while the spiral in the bottom half is considered VV 340 South.

NASA's Chandra Observatory is mainly studying the images as part of a broader examination of galaxies emitting high levels of infrared radiation.

This example may actually be very similar to the early stages of a collision between our own galaxy and the Andromeda galaxy, which scientists expect to happen billions of years from now.

In August of 2010, scientists at Chandra revealed a glimpse of another galaxy collision, which began far more recently (100 million years ago). The X-Ray image of that collision was stunning as well, though perhaps not quite as well defined. You can scroll down to see a video with details and imagery of that collision.

Recently, astronomers announced they had discovered the darkest known exoplanet, and in June, researchers found that dual black holes may inhabit a nearby galaxy.

Check out the image below!!! (We felt the need to use multiple exclamation points for that.)

THE PHOTO (via NASA's Chandra Observatory): 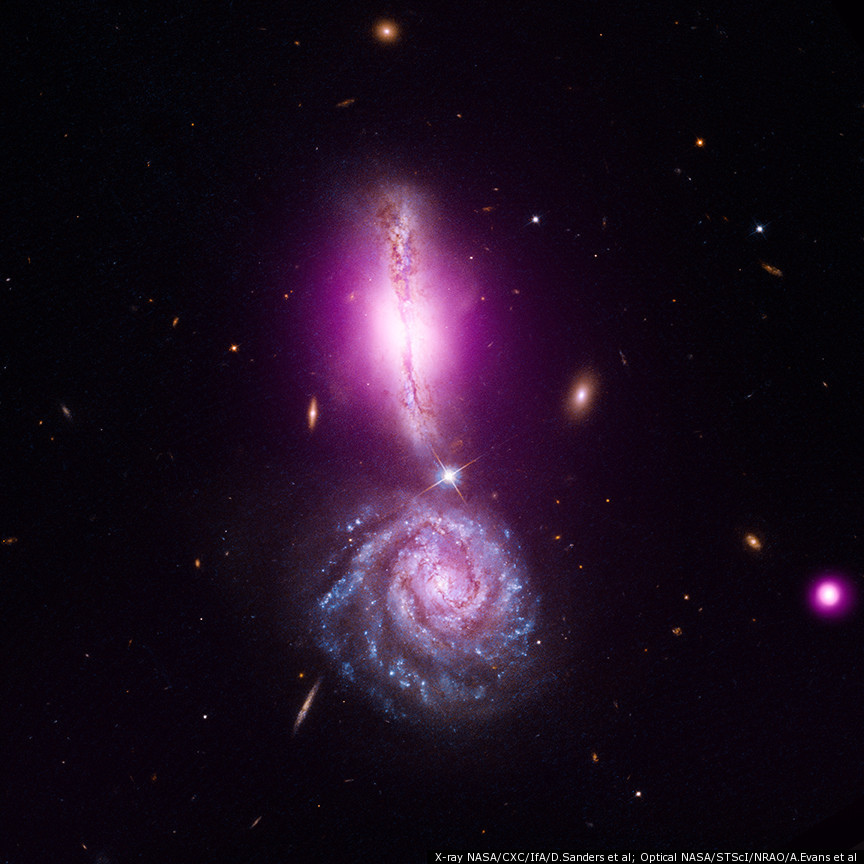