Meet Lad, a young collie who was shot in the face and came extremely close to death before veterinarians saved him.

Police in Daviess County, Ky., found the 8-month-old dog emaciated and suffering from a days-old gunshot wound that had left his lower jaw torn to pieces. By the time he came to the Arrow Fund, an organization that treats victims of animal cruelty, on Feb. 10, his mouth was severely infected and he weighed just 41 pounds. Veterinarians suspect he survived off snow for those grueling few days before he was found.

Lad was taken to Blue Pearl animal hospital and, once his infection cleared, had a large portion of his lower jaw removed to ensure his survival, according to the Arrow Fund.

"The smell of rotten tissue was so bad. This boy is so sweet, he is a heartbreaker for sure. Every time I stopped petting him he pawed me to continue," Arrow Fund President Rebecca Eaves wrote of the injured pup.

WARNING: The following image is graphic. 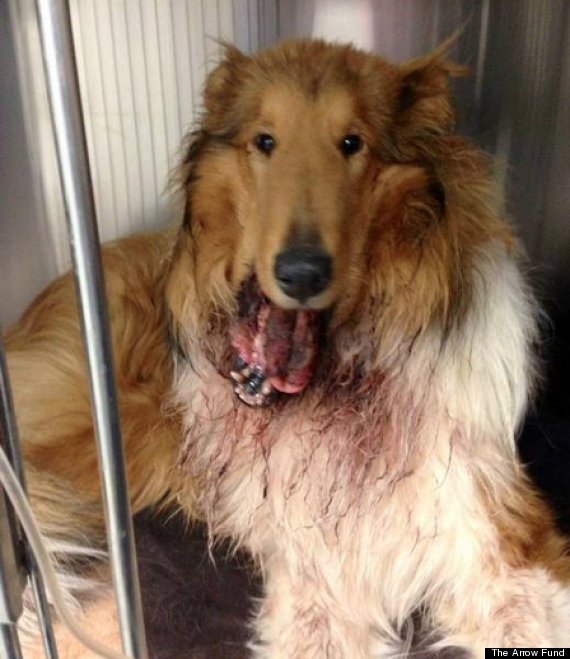 A little more than a month later, the now-vibrant pup may have a chance at a new jaw. 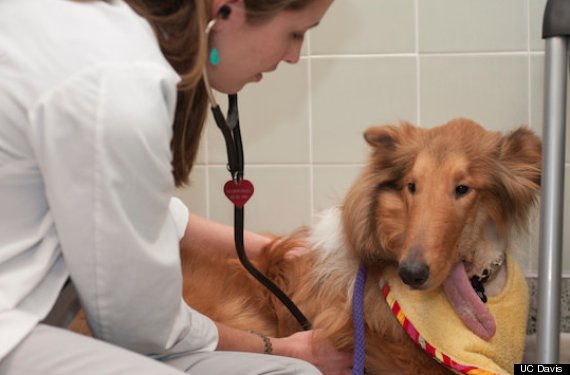 Animal emergency and rescue transporter Pilots N Paws flew Lad on March 17 from Kentucky to the University of California, Davis, where a medical team hopes to perform reconstructive surgery that could improve Lad's quality of life. On March 18 the university said Lad could have his surgery in 10 to 14 days, pending the results of a medical examination. 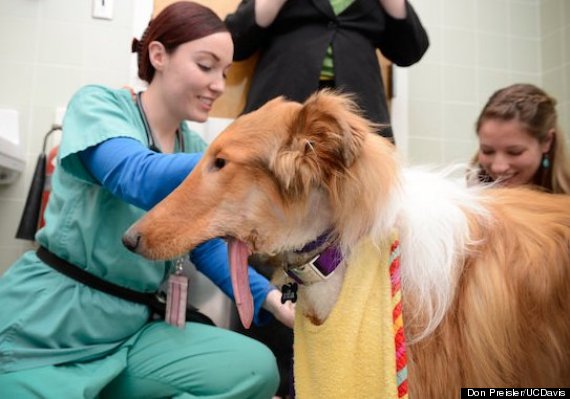 Lad at UC Davis being examined by veterinarians.

Charges are currently pending for the suspected gunman who injured Lad, according to a statement released on Daviess County Sheriff’s Office Facebook page.