Refusing to become backdrops for hate, famous landmarks across Germany went dark on Monday in protest of a growing anti-Muslim movement.

The Cologne Cathedral, Berlin’s Brandenberg Gate, and the city's TV tower were among the iconic structures that plunged into darkness after word spread that the anti-immigrant group “Patriotic Europeans against the Islamization of the West” (PEGIDA) was planning to march.

In most cities across the country, PEGIDA was reportedly outnumbered by counter-demonstrations as Germans called for peace and tolerance, the Telegraph reports.

Cologne Cathedral's Provost Norbert Feldhoff said that his church was following the example put forward by the Semper Opera House in Dresden. Authorities there turned the lights off to protest a anti-Islam march in December.

"The High Cathedral will not be a backdrop for this demonstration," Feldhoff said on Facebook, according to a CNN translation. "As a highly visible protest against xenophobia, racism and exclusion, the outdoor lighting of Cologne Cathedral will therefore be turned off on January 5 for the period of the demonstration."

In Berlin, the BBC’s Damien McGuinness said that he saw thousands of supporters of immigrants face off against PEGIDA.

“As I was standing there, the lights which usually illuminate the Brandenburg Gates suddenly went out, a big cheer went up from the crowd,” McGuinness said on the BBC’s Global News podcast.

The number of foreigners applying for asylum in Germany has surged over the past year, the BBC reports. The influx has left some Germans feeling "hard done by."

PEGIDA has the highest levels of support in Dresden, the birthplace of the movement. According to Reuters, about 18,000 people showed up at their rally on Monday. Nevertheless, Dresden has a relatively low number of Muslim immigrants.

In her New Year address, German Chancellor Angela Merkel called on Germans to stand up against PEGIDA’s ideologies.

"We need to ... say that right-wing extremism, hostility towards foreigners and anti-Semitism should not be allowed any place in our society," Merkel said.

About 80 prominent German celebrities and politicians signed a petition in the German newspaper Bild on Tuesday, pledging to "say 'no' to xenophobia and 'yes' to diversity and tolerance." 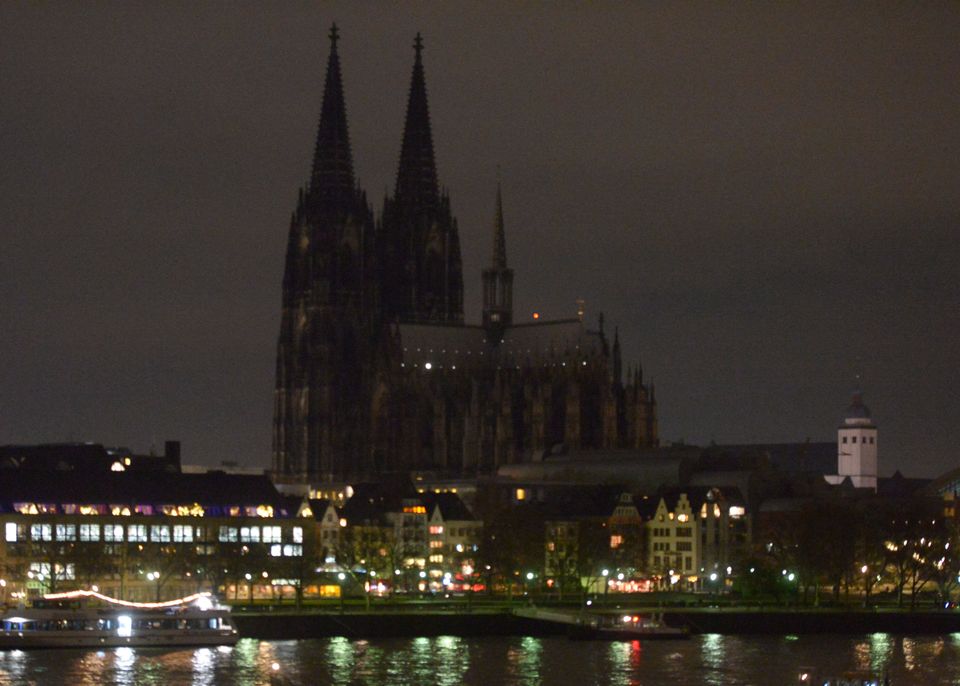