Recently a Pentagon report given by Lt. General Michael Flynn indicated that Israel's annihilation of Hamas could be achieved, but at the cost of a more radical group rising from the ashes of Gaza.

The Palestine problem did not start with the creation of Israel in 1948. It began with the desire of Great Britain to control the Middle East, and with their toppling the Ottomans with the help of those like Lawrence of Arabia, winning the battles from within Arab rivalries. The military battle for Jerusalem began in 1914, and the British conquered it in 1917, the same year that the Sykes-Picot agreement divided the Middle East into nation states empowered by Western financing (using petrodollars in return) and Western military arrangements. Palestine was left stateless under the British Mandate. 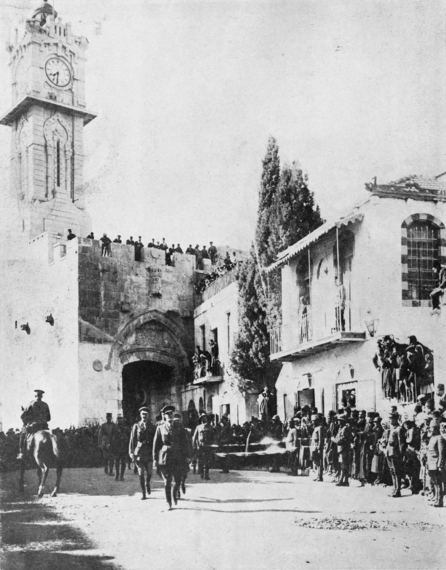 Flynn also reported that the risk of violent extremism has reached its highest level of threat since 9/11, with new actors beyond Al Qaeda.

ISIS has now become a focal point for foreign fighters, with many looking to join the "caliphate" in its opposition to the West. This "caliphate" is a disturbed and failed attempt to recreate the glory days of the Islamic civilization of over 1,000 years ago, yet it is a forgery of anything close to Islam. For the most part, groups like ISIS have lost that understanding by eroding their connection to their own history and religion and thus corrupting their Muslim identity. ISIS is the toxic and dogmatic response to centuries-old colonial propaganda that aimed to demonize and dehumanize the Muslim world.

Western powers have been invading and occupying Muslim countries since 1798. According to Juan Cole, a professor of history at the University of Michigan, Westerners killed numbered in the tens of thousands since 1798, mostly during the Ottoman wars in the Balkans and World War I. The number of Muslims killed by Western powers since then is in the tens of millions. People ask why they hate us. The real question is: Why do we hate them? The answer for both is that we need to view the world in partnership with the Muslim world, not in competition for hegemony.

Edward Djerejian, former Assistant Secretary of State for Near Eastern Affairs under President George H. W. Bush, said that we need a dual track in dealing with terrorism, one to bring culprits to justice and another to address socioeconomic and political injustices that drive people to despair. We are missing a wheel in the bicycle of countering violent extremism.

If all that U.S. presidents can do is launch drone strikes and send special forces to Muslim countries that are in turmoil and then create new political arrangements intended to serve Western interests at the expense of those of indigenous populations, then why are we so surprised at an array of reactions from the people in the region, ranging from violent to nonviolent resistance, and from legitimate to illegitimate ones? The failed response by Muslims is political Islam. But there are other answers that are perilously ignored.

It's imperative that Palestine be central to relations between the U.S. and the Muslim world; its dismissal is a root cause of growing anti-Americanism. One needs to look no further than the final public 9/11 Commission hearing to find that reality. During the hearing, when asked about the motivation of the 9/11 hijackers, FBI Special Agent James Fitzgerald responded, "I believe they feel a sense of outrage against the United States. They identify with the Palestinian problem, they identify with people who oppose repressive regimes and I believe they tend to focus their anger on the United States."

The U.S. aimlessly manages the symptoms rather than deal with root causes, which starts with the atrocities against the Palestinian people and extends to support for tyranny throughout the region to maintain the status quo. These symptoms extend to rising radicalism, terrorism, Islamophobia in the West, anti-Semitism, anti-Americanism, selective bombing in the Middle East, occupation.

Palestine is an issue that unites Muslims because the issue goes back to the beginning of colonial rule in the Muslim world and is the longest ongoing occupation of our time. The conflict also relates to Jerusalem, a city that historically has been shared by and is significant to Muslims, Christians and Jews. Now its shared status is threatened by occupation and the incessant desire of the West to control the Muslim world by striking at its heart, Palestine.

The American people can change that course. They first need to be aware of the West's history in the Muslim world and what America inherited from the British. The Palestinian narrative, one that remains unknown in the U.S., is one of settler colonialism financed and protected by the United States.