* Corpse might be moved to Cryonics Institute in Michigan

DENVER, Sept 26 (Reuters) - The frozen corpse that has inspired a Colorado town's whimsical "Frozen Dead Guy Days" celebration may soon be put on ice somewhere else, but festival organizers said the body's removal will not have a chilling effect on the annual event.

"We will continue on whether or not Bredo Morstoel is here," festival owner Amanda MacDonald s aid Wednesday of the man whose body has been packed in dry ice outside Nederland, Colorado, since 1993.

A financial dispute between Morstoel's grandson, Tryve Bauge, and the man hired to replenish the dry ice on a monthly basis, Bo Shaffer, has led to Bauge threatening to move his grandfather's body out of Colorado.

Each month for 18 years, Shaffer has hauled 1,700 pounds (770 kg) of dry ice - c arbon dioxide in solid form - to a remote shed above Nederland to keep the corpse of Morstoel at minus-24 degrees Fahrenheit (minus-31 degrees Celsius) and in a state of cryonic suspension.

But Shaffer said he quit after Bauge refused to pay for the rising costs of fuel and ice, which has made the endeavor unprofitable.

"It takes two of us to make the four-hour roundtrip," Shaffer told Reuters. "My quitting is the only way to get his (Bauge's) attention."

Bauge, who lives in Norway, did not immediately return an email message seeking comment about the dispute. But he told the Boulder Daily Camera newspaper that he is exploring the possibility of mo v ing his grandfather to the Cryonics Institute in Michigan.

Cryonics is the process of freezing and storing a corpse to prevent decomposition in anticipation of medical technology that could bring the dead back to life. Liquid nitrogen, which is far colder than dry ice, is typically used for cryonic preservation.

Morstoel died of heart failure in his native Norway in 1989, and Bauge had his grandfather's body frozen and transported to a cryonics facility in California. Ultimately he had the corpse moved to Nederland, where Bauge lived at the time.

When Bauge was deported because of an expired visa, he hired Shaffer to act as an unofficial caretaker.

At first, townspeople in the mountain village 17 miles (27 km) southwest of Boulder, Colorado, were aghast at the thought of a frozen body being stored in their midst.

But they ultimately embraced the idea of an annual festival surrounding its most famous, albeit deceased, resident.

The late-winter celebration features activities such as coffin races, a hearse parade, a frozen salmon toss and snow beach volleyball. There are even tours to the site of Morstoel's sarcophagus, although his remains are not open for viewing.

MacDonald said the festival attracts about 10,000 people over its three-day run, which is held in early March, and has taken on a life of its own, with or without its namesake dead guy.

The nonprofit Cryonics Institute in Clinton Township, Michigan, was founded by the late physicist Robert Ettinger, who was known as a pioneer in cryonics.

His son, David Ettinger, said by telephone that privacy concerns prevent him from discussing any potential patients. However, he did say ideal candidates for suspension are people who have recently died.

Such was the case with his father, he said, who was prepared for the procedure in the days before his death in 2011 at the age of 92.

"We've never had a patient presented to us under those circumstances," he said of a corpse that has been packed in dry ice for nearly two decades.

The institute has about 100 suspended corpses, and charges a one-time $35,000 fee and $120 annually for "human cryopreservation." (Editing by Steve Gorman and Xavier Briand) 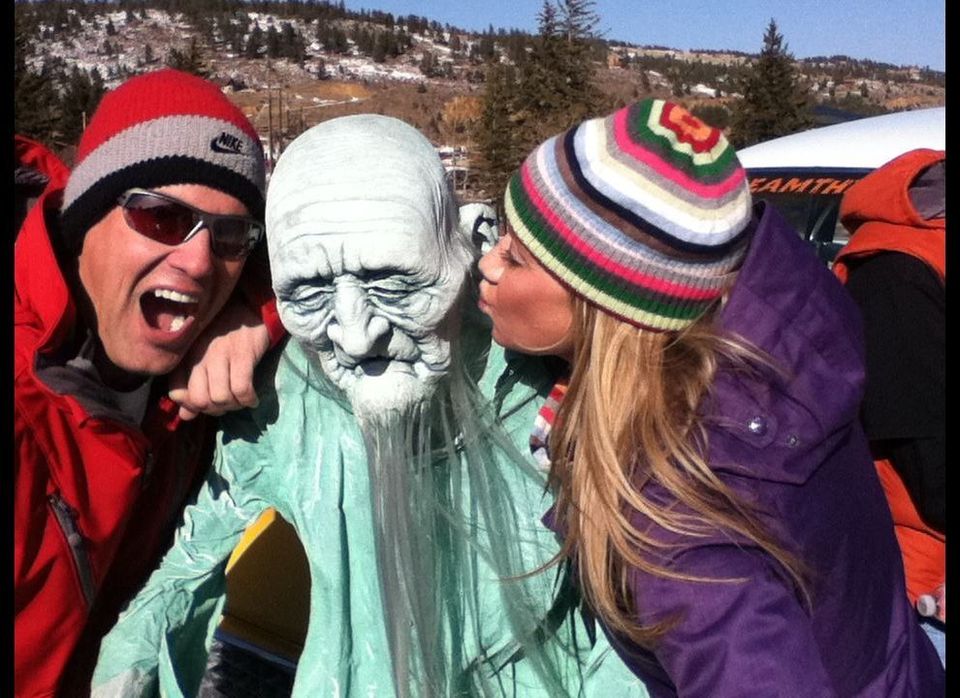