The pilot of a hospital helicopter died and two others were injured after the chopper crashed and burned during takeoff.

Two of the passengers onboard, a paramedic and nurse, survived with serious injuries. There were no patients onboard.

Lake Dillon Fire-Rescue, which responded to the scene, posted dozens of images of the crash on Facebook. The photos show a fully engulfed helicopter, along with what appears to be a pickup truck, in a parking lot. 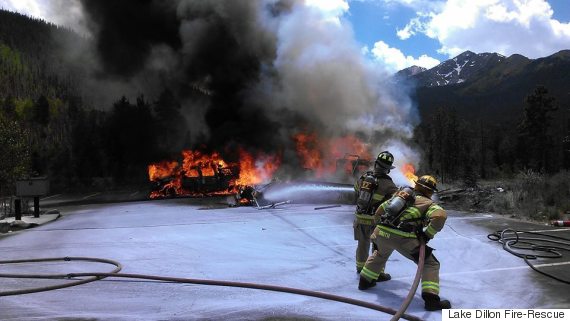 A witness said he helped pull the victims out of the flaming wreckage:

The National Transportation Safety Board didn't release identities of the victims, and said it could take weeks, if not months, to determine the "probable cause" of the crash.