Colorado Democrats moved the last two bills of their gun control package through the state House Monday morning, sending one to Gov. John Hickenlooper and the other back to the Senate for approval.

Both Senate Bills 195 and 197 passed in the Senate last month, but the House began consideration of the bills Monday.

Senate Bill 195 would require a handgun training class for concealed-carry permit holders at the actual location where the training is, rather than online. As the law currently stands, people can take online classes to get a concealed carry permit.

According to a report by The Denver Post, the training measure is the only one of the seven gun bills introduced by Democrats that has received any Republican backing. On Monday, three Republican Representatives voted to move the measure forward.

The other measure, Senate Bill 197, would prevent people who have been convicted of certain domestic violence crimes from possessing firearms.

Those three bills include a measure to limit ammunition to no more than 15 rounds, universal background checks for the sale and transfer of weapons and would require gun buyers to pay for the costs of their background check. 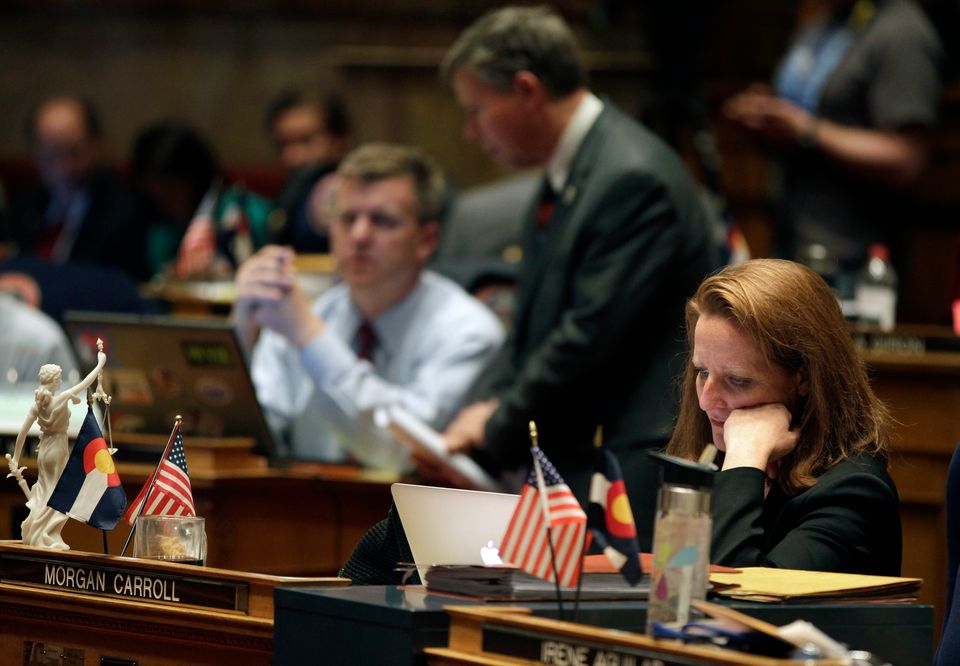 1 / 46
Colorado Senate Democratic Leader Morgan Carroll, whose district includes the Denver suburb Aurora, sits at her desk during a debate period on a day of voting on multiple gun control bills before the Colorado Legislature, at the State Capitol, in Denver, Friday March 8, 2013. Colorado Democrats are on the cusp of advancing their gun-control proposals, in a state balancing a history of heartbreaking shootings with a Western heritage where gun ownership is treasured by many. (AP Photo/Brennan Linsley)
AP