Sunday will mark the third day of heavy rains for much of the Front Range. According to 7News, many areas have received 2-3 inches of rain already since Friday, more than an inch could fall on Sunday and more showers are expected into Monday.

The good news: Fire danger is dramatically lower thanks to all this rain.

The bad news: Most of central Colorado is now under flood watch, according to the National Weather Service.

Denver saw heavy rains on Saturday and should see more on Sunday. 9News reports that on Saturday afternoon at the Cherry Creek Arts Festival the downpour destroyed tents, signs and streets filled with water. A lightning strike even set fire to a power line in the Capitol Hill neighborhood.

The possibility of flash flooding and mudslides in areas affected by wildfires are of extra concern due to the ground being exposed after a fire consumes the natural vegetation.

"Once the rain hits the areas that burned hotly, those soils will not be enough to absorb any of the moisture," meteorologist Kathy Torgerson with the National Weather Service in Pueblo told The Colorado Springs Gazette. "It will mix with the ash and cause these mud and ash flows. And they can be quite dramatic."

The Waldo Canyon Fire burn area was seeing only "steady, if light rain" on Saturday,according to The Gazette. And despite the rains, the most destructive wildfire in state history remained 98 percent contained on Sunday morning due to smoke spotted near Blodgett Peak Saturday morning. Firefighters want to see 24 hours without smoke before 100 percent containment is announced.

The Denver Post reports that volunteers filled thousands of sandbags in the High Park Fire burn area with hopes of fending off flooding and more heartache to residents that have just returned to their homes recently. The High Park Fire was declared 100 percent contained just last weekend.

Larimer County was pounded by rain forcing the closure of U.S 34 west of Loveland Saturday evening because of mudslides, The Coloradoan reports.

Near Dacono, I-25 was also closed for some time on Saturday as well due to standing water.

The 6,000 acres scorched by the 2010 Fourmile Fire in Boulder County is on its fourth consecutive day of flood watch, according to The Daily Camera.

Elsewhere in Boulder County, the Nederland area was under flash flood warning after heavy rain pounded the region Saturday, according to 9News. 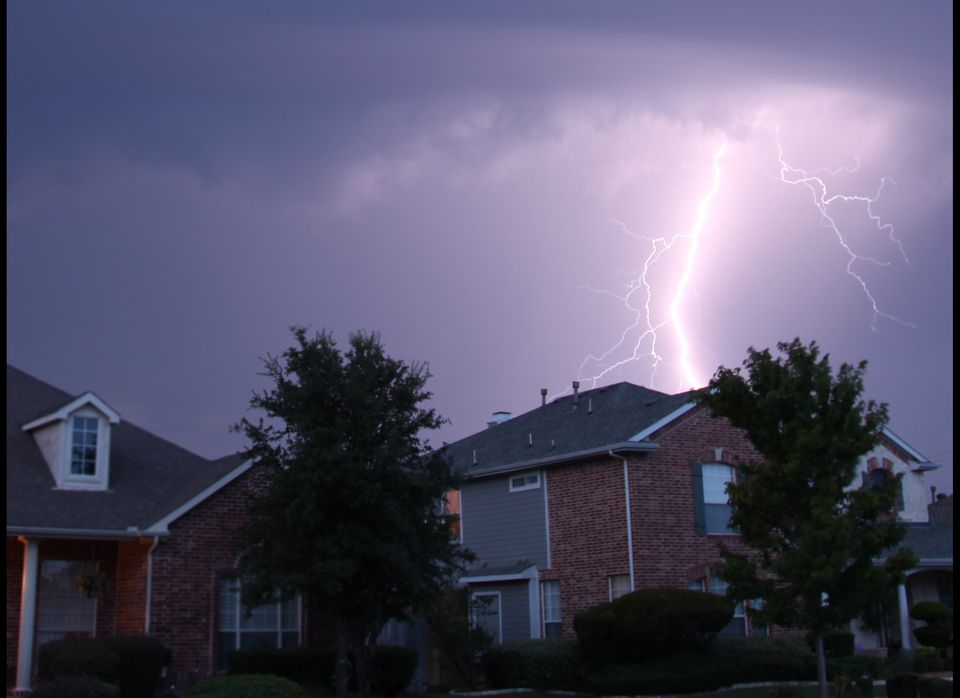 1 / 9
Be On The Lookout.
The simplest step in lightning safety is to avoid thunderstorms in the first place. Storms can pop up suddenly during summer, so it's a good idea to check <a href="http://www.mnn.com/weather" target="_hplink">weather forecasts</a> often before going out (as well as while you're out, via a smartphone, radio or other portable device). Be especially wary of hitting the water in boats or jet skis when bad weather is brewing, since a storm might explode before you can get back to land. If you don't have access to weather reports, keep an eye on the horizon for any tall, dark storm clouds with an anvil or cauliflower shape.
<a href="http://www.flickr.com/" target="_blank">Flickr:</a> <a href="http://www.flickr.com/people/ravedelay/" target="_blank"> kellydelay</a>