"Where's the river?" I shout to Will Stauffer-Norris from where I stand among broken beer bottles and tire tracks crisscrossing a dried mud flat in northern Mexico.

"I think we just crossed it," Stauffer-Norris replies, gazing down at the GPS in his hands. I grunt, pulling twigs and small branches from my hair and shirt. We've spent the last several hours bushwhacking through thick stands of dead and dying tamarisk trees on what used to be the lush delta of the Colorado River.

Over the past 108 days, we've paddled more than 1,600 miles down the Colorado River and its longest tributary, the Green River. Our journey is part of Colorado College's State of the Rockies Project, an outreach research effort which this year focuses on environmental issues surrounding the Colorado River Basin.

We launched our kayaks in Wyoming's Wind River Mountains in early October, setting out to travel the entire length of the river in order to learn more about the river system that supplies 30 million people in the American Southwest with water. We traveled the river by day and camped on its shores by night, living out of our 14.5-foot kayaks. We navigated the whitewater of Lodore and Cataract canyons in Utah and the Grand Canyon in Arizona. We enjoyed long stretches of complete solitude in desert canyons and endured the shoulder-breaking labor of paddling across hundreds of miles of reservoir. 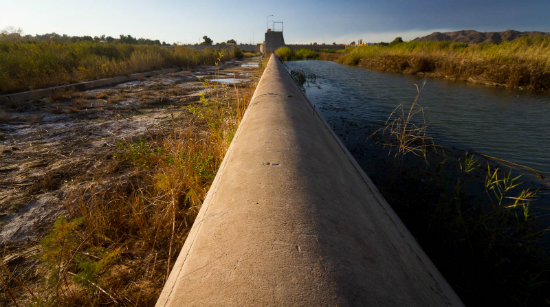 From the time we launched until we crossed into Mexico in mid-January, asking where the river was would have been absurd. We always knew where the river was. That changed, however, when Stauffer-Norris and I, recent Colorado College graduates and field researchers for the project, reached the Mexican border. In southern Arizona, we traded our kayaks for five-pound, inflatable rafts, and paddled up to the Morales Dam, the 11th and final dam we would have to portage on the trip. There, we found a shocking sight.

On one side of the dam was the Colorado River. On the other was a trickle of water -- much too shallow to float -- which disappeared into the sand within a couple of miles. The mighty river that had carried us across six states and into another country had been entirely diverted out of its former riverbed 90 miles from the sea. For the next five days, we paddled through irrigation canals and pools of agricultural runoff so polluted we took pains to avoid touching it. 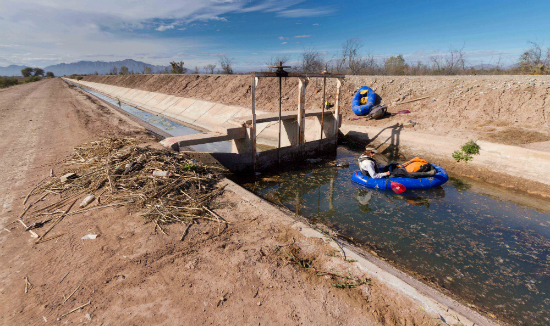 When the canals dried up, we attempted to follow the historical course of the river that hasn't reached the sea since the 1998. We spent several days fighting our way through miles of invasive tamarisk and mud-cracked desert before finally reaching salt water. En route, we learned that our attempts to find the "original riverbed" were driven by a cartographer's dream. The Colorado River once nourished more than 3,000 square miles of desert land from the Gulf of California in Mexico to the Imperial Valley in United States. The delta had no stable, narrow watercourse that could be easily converted to a blue line on a map. Instead, the river spread out into vast network of lagoons, wetlands and riparian areas, making the delta one of the most biologically diverse areas in the region.

But today, most of the delta is farmland, and the 320 remaining bird species must rely on pockets of agricultural discharge, too salty for continued use in agriculture. Before the river even reaches the Morales Dam near Yuma, Arizona, 90 percent of the water already has been diverted to the taps of cities as distant as Denver and San Diego, or converted into helping grow our wintertime supply of lettuce, carrots and other produce. At the border, the remaining water is funneled into a canal system and taken to the cities of Tijuana and Mexicali, in addition to hundreds of square miles of farms.

Before Stauffer-Norris and I left on our journey, it was tempting to view rapidly growing populations of cities that depend on the Colorado River as a ticking time bomb of conflict. Add the projected decreases in flows in coming years due to climate change and other factors, and we have what appears to be a hopeless situation. 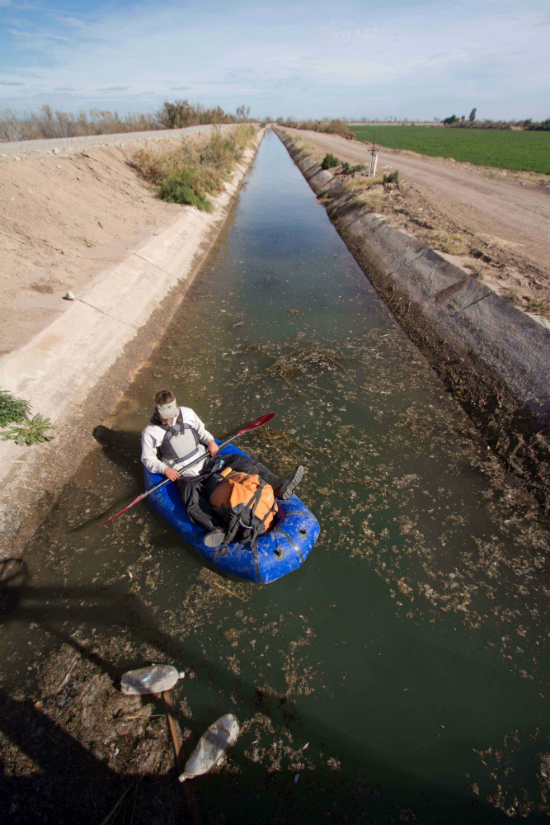 But what those months of floating, shivering and walking taught us were the ways in which the Colorado River connects those of us who depend on it for our livelihoods. From ranches in Wyoming, to supermarkets in New York, to showers in Los Angeles, the Colorado River enriches the lives of millions of people -- but at the expense of the living river.

Our conclusion: We need to view the Colorado River and its tributaries as a single body of water. For example, a person in Wyoming dumping pollutants in the river or diverting too much water causes problems all the way to Mexico. Our actions can affect portions of the river thousands of miles downstream. As water becomes a more hotly contested resource in the Southwest, we need to recognize the benefits of protecting the whole river system.

With increased water conservation efforts by individuals and businesses, the opposition to environmentally devastating projects, such as the proposed seven to nine-billion dollar Flaming Gorge Pipeline in Wyoming and Colorado, and the success of current negotiations between the U.S. and Mexico to secure water rights for the river corridor, the benefits we reap from Colorado River diversions could no longer lead to the drying of the river on the delta.

Research by delta restoration groups, such as the Sonoran Institute, estimates that less than one percent of the total annual flow of the Colorado would be enough to restore much of the riparian corridor, providing a habitat for hundreds of species and bringing economic benefits to Mexico in the form of ecotourism and more robust fisheries.

If we can spare one out of every 100 gallons taken from the river, that would be enough to allow what was once the largest river in the Southwest to reconnect with the sea.

For more information and ways to help visit www.protectflows.com or savethecolorado.org.