A hailstorm in July might not be that unusual in some parts of the country. But the storms that struck late last week in several Rocky Mountain states and parts of Canada left behind enough frozen water to give the illusion of a very early winter.

Colorado Springs was hit particularly hard on Thursday. Residents had to break out shovels to free their cars:

That's not snow you see that's hail. The people are neighbors all around shoveling the hail aside to clear the roads and free up a car. It's almost 11pm on a work night. #PeopleHelpingPeople #soaringeaglesneighborhood #coloradosprings #Colorado

While it may look like a winter wonderland, the storm damaged homes and cars, and even broke through the roof of a Walmart. One Olympic athlete, who happened to be in the store, was hit on the head by hail.

“Suddenly I saw some pieces from the roof started to fall and the people were scared, children were screaming and adults were trying to calm down their children,” Tiidrek Nurme, an Estonian who is training for the marathon, told KUSA. “Then suddenly, the hail came inside the building and I got hit by some pieces.”

He was not injured.

The storm damaged dozens of police cars, including 27 vehicles that were pelted so badly officers were unable to see out the windshields, the Gazette newspaper reported. The storm also did $300,000 to $500,000 in damage at the Colorado Springs airport.

The same storm system moved through Wyoming, bringing with it golf-ball sized hail:

Large #hail fell in Cheyenne, #Wyoming​ this afternoon, some up to the size of golf balls! Video: Robert/ Instagram pic.twitter.com/UWkPpfcsWd

Storms also brought hailstones the size of ping pong balls to the Calgary area on Saturday.

Summer Hailstorm Makes It Look Like Christmas In July
Extreme U.S. Weather In 2015 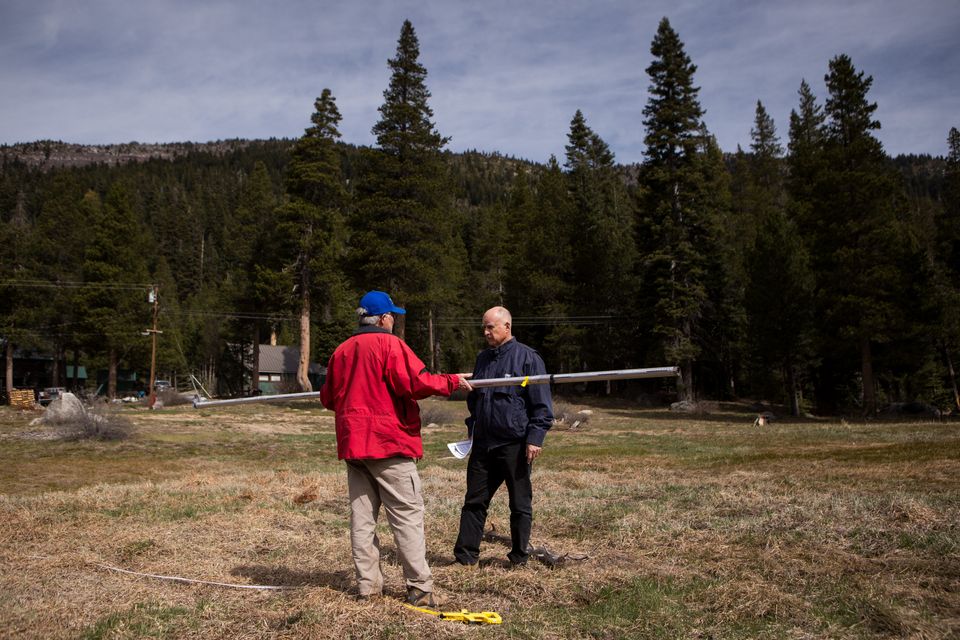