Only a small fraction of the thousands of Colorado voters who withdrew their registrations following a controversial request for voter information from President Donald Trump’s voter fraud probe have chosen to reregister less than two weeks ahead of election day.

8,983 people have canceled their voter registrations since June 28, when Kansas Secretary of State Kris Kobach (R), the vice chair of Trump’s commission to investigate voter fraud, sent a controversial letter to election officials in all 50 states requesting voter information, according to the Colorado secretary of state’s office. While some voters said they intended to register again ahead of election day, just 1,622 have done so. It’s impossible to say why all of those voters deregistered, but election officials said there was a noticeable surge after Kobach’s letter. Officials in North Carolina, Florida and Washington also noticed an uptick in the number of voters who wanted to deregister following the federal government’s request.

The small number of returning voters underscores the fear that critics have about Trump’s Presidential Advisory Commission on Election Integrity. They say the probe is designed to discourage people from voting. A lawsuit by the NAACP Legal Defense Fund, one of a handful of ongoing suits against the commission, argues the panel’s purpose is to intimidate voters, particularly those of color. Kobach has dismissed the reports on deregistrations, saying people withdrawing maybe shouldn’t have been on the rolls in the first place or that it was a “political stunt” and the voters would reregister ahead of the November elections.

Amber McReynolds, Denver County’s director of elections, said just over a third of deregistered voters had decided to reregister to vote in the upcoming Nov. 7 elections. Her office is actively trying to bring those who withdrew back into the fold and sent deregistered voters a letter inviting them to register again. Colorado Secretary of State Wayne Williams (R) already turned over the state’s voter file to the commission ― he said he was legally obligated to do so ― and the letter notes there is no longer a “current request” for voter data.

“I want to monitor that number over the next week to see what happens. This election is a local election and voter interest tends to be somewhat low.  So, my optimistic view is that many more will continue to re-register as next year’s election cycle get closer,” McReynolds wrote in an email. She added her “pessimistic side” worried voters would be driven away by partisan politics.

Partisan politics and fear mongering have no place in the election administration process. Amber McReynolds, Denver County director of elections

“I believe that voters deserve a meaningful voting experience that is efficient, accessible, secure, and reliable and one that respects their ability to participate. Partisan politics and fear mongering have no place in the election administration process and it undermines the very essence of our [sic] what it means to be an American.”

Lynn Bartels, a Williams spokeswoman, attributed the lack of reregistrations to the fact that there aren’t statewide contests happening in Colorado this year.

“It is an off-year election without a statewide ballot measure to get voters really engaged. I suspect these voters won’t be sitting out in 2018 when Coloradans elect a new governor, members of Congress, county clerks and more,” she said in an email.

Some voters, however, are coming back to reregister, and say they only did so once they knew their data was safe.

Bob and Connie Bair, longtime Denver voters who deregistered following the commission’s request, said they reregistered at the beginning of October because the state had already sent information on voters to the commission.

“Barring any more hi-jinks by Trump, Kobach, and Company, we both intend to stay legally registered to vote for as long as we remain alive,” Bob Bair wrote in an email.

Mary Friedrichs, another voter who canceled her registration, said she registered again after seeing someone online post that it was safe to do so. She didn’t know if her information would be protected from the commission, but that wasn’t what mattered most to her. “Frankly, I had no idea, but I didn’t want to kiss my chance to vote,” she said. 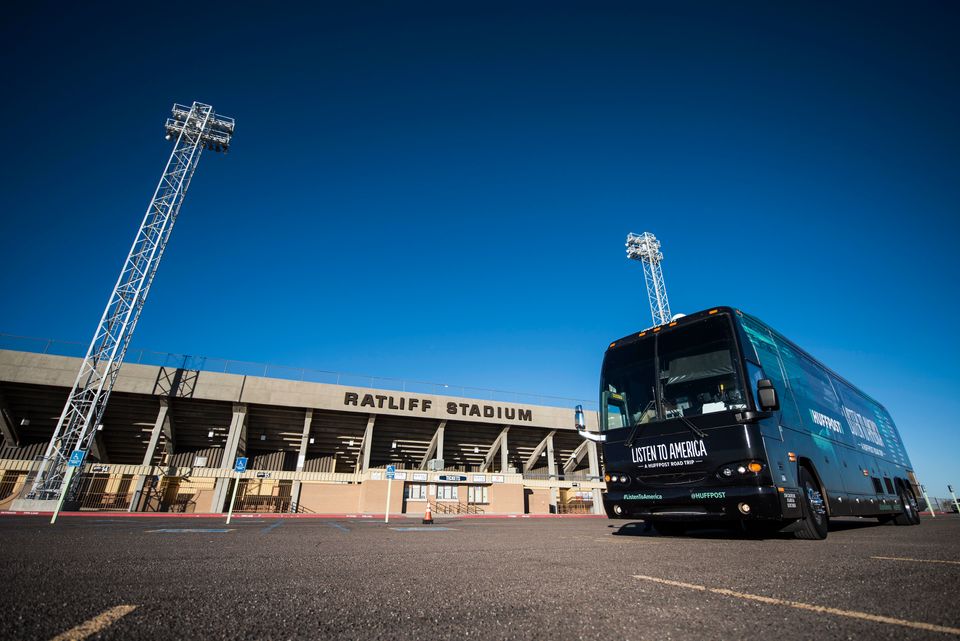 1 / 20
The HuffPost tour bus sits in front of Ratliff Stadium during&nbsp;a visit to Odessa, Texas, on Oct. 25, 2017, as part of "Listen To America: A HuffPost Road Trip."&nbsp;HuffPost will visit more than 20 cities on its tour across the country. (Photo by Damon Dahlen/HuffPost) *** Local Caption ***
Damon Dahlen/HuffPost