Here in the Centennial State, we love World Cup racing.

Every year, Colorado hosts the only World Cup races in the U.S., usually at Aspen for the women, and Beaver Creek for the men.

And this winter, it gets even better with the 2015 Alpine World Ski Championships coming to Vail and Beaver Creek. This is the third time these resorts have hosted the event (the other two being 1989 and 1999), since the Championship format was introduced at Portillo, Chile in 1966. 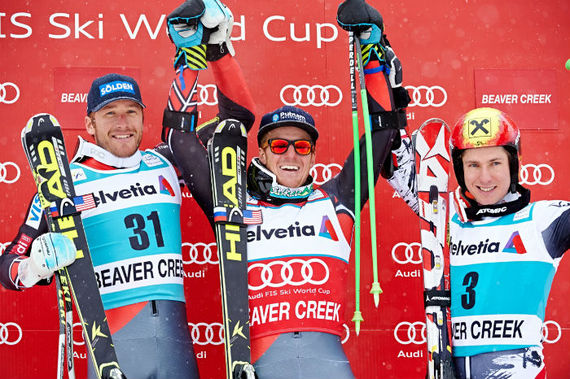 Worldwide, organizers estimate more than 750 million viewers will tune in to watch the action. You could do that, or you can come to Colorado and see the races live.

What's Going On
The first week of the Championships is dedicated to the speed events: Downhill and Super G.

These are arguably the most glamorous of the events. U.S. favorites include Lindsey Vonn and Julia Mancuso, two of the most successful U.S. ski racers ever. On the men's side, look for the return of Bode Miller, who is currently recuperating from back surgery. Also, watch for Steven Nyman, who took third in the December Birds of Prey Downhill on the Beaver Creek course.

One of the vagaries of ski racing is that you don't actually know who will be competing until the coaches make the call. The U.S. team is deep and multi-talented, with racers able to compete in all of the disciplines.

Names to watch for, from the U.S. "A" Team include: David Chodounsky, Travis Ganong, Jared Goldberg, Tim Jitloff , Ted Ligety and Andrew Weibrecht.

On the women's side the U.S. "A" team includes: Stacey Cook, Alice McEnnis, Mikaela Shiffrin and Leanne Smith, in addition to Vonn and Mancuso.

The second week is all about finesse and technique. It begins with Alpine Combined, which unites speed and skill, with one run of Downhill and two runs of Slalom.

Other events during the second week include Giant Slalom and Slalom. 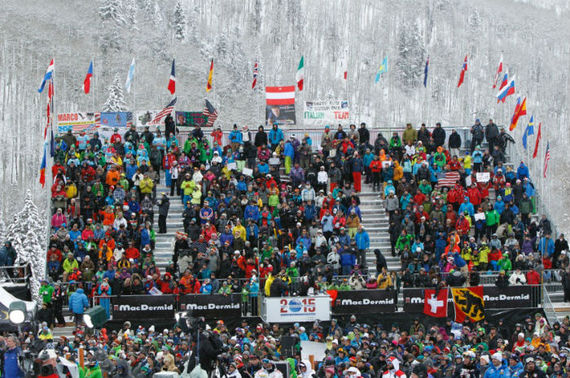 And the Party Is Where?
This fall, I met with Andy Daly, the current mayor of Vail and the owner of Colorado's Powderhorn Resort. I asked him to share his tips for having a great time at #Vail2015.

First, he suggests not just coming to watch, but also to ski. "Everyone will be focused on the racing at Beaver Creek," he explains. "So it's a great time to go skiing."

And for his second tip? Make friends with the Europeans.

"In Europe, ski racing is a very big deal. Each of the major European countries will have houses and will take over restaurants to party. Try to meet some of these people and get invited to their hospitality houses."

Even if party crashing isn't your style, the town of Vail has you hooked up.

Nightly awards ceremonies, free concerts and fireworks will be held in Vail at Championships Plaza. Many restaurants and bars are also featuring World Championships specials.

So, Are You Coming to Colorado?
After all of this information, I certainly hope you are coming to Colorado. Opportunities to ski, party and celebrate winter at this level don't come around very often.

If you are coming to #Vail2015, visit the 2015 World Ski Championships website for all logistical information including lodging, event schedules and venues, transportation and other activities.

Vail and Beaver Creek have been planning this event for over five years and they've got the details down. 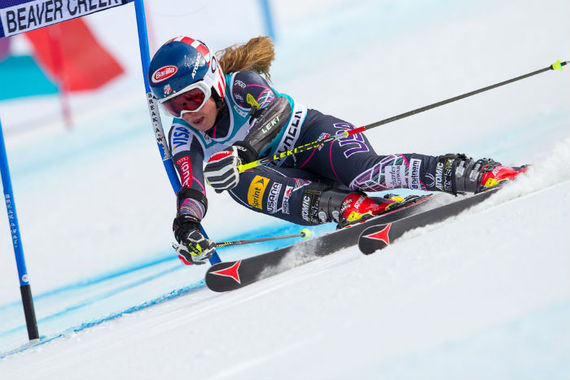 Colorado, Plus
In addition to everything going on in Vail and Beaver Creek, you can chase down Colorado's ski racing legacy at several other resorts.

Nearby Copper Mountain, just 22 minutes from Vail, is the home of the U.S. Ski Team Speed Center, used for early season training.

Aspen, 1.75 hours from Vail, is Colorado's other World Cup mountain and will host the 2017 World Cup Finals.

Finally, Steamboat Springs, Ski Town USA (also about 1.75 hours from Vail), has been home to 88 Winter Olympians and is celebrating 100 years of skiing and winter sports training on Howelsen Hill. The Steamboat Winter Carnival is at the same time as the World Championships, running from February 4 - 8.

As I mentioned earlier, Colorado welcomes you. Now, come skiing!