To date in 2012, more than 173,000 acres have already burned in Colorado, destroying more than 600 homes and taken six lives, 7News reports. Now with 4th of July approaching, the heat combined with relative low humidity and unseasonable dryness has firefighters saying that fireworks are "not worth the risk" this year during the worst wildfire season in a decade.

"In the city of Colorado Springs fireworks are always illegal,"Sunny Smaldino with the Colorado Springs Fire Department told The Associated Press. "We do ask for people to apply for a permit if they are going to do a public display or a private display in their neighborhood. This year we didn't issue any of those permits simply because of our conditions -- it's not worth the risk."

Although now at 70 percent containment, the Waldo Canyon Fire wreaked havoc in Colorado Springs and the city is still reeling from the most destructive fire in state history.

In mid-June, Gov. John Hickenlooper issued an executive open fire and fireworks ban and more than 40 cities around Colorado have already canceled their fireworks shows for the 4th of July.

Just a few miles from the High Park Fire, the second largest fire in Colorado history now 100 percent contained, Fort Collins is one of the more than 40 cities that decided to forego their fireworks celebration while keeping other activities.

“The City wanted to avoid prematurely canceling this long standing community tradition, but with the extreme nature of fires currently burning across our state in addition to a 10-day forecast with no expected reprieve, we believe this to be the most prudent course of action,” City Manager Darin Atteberry said.

There are still some cities that are planning 4th of July fireworks shows, click here to view the full list 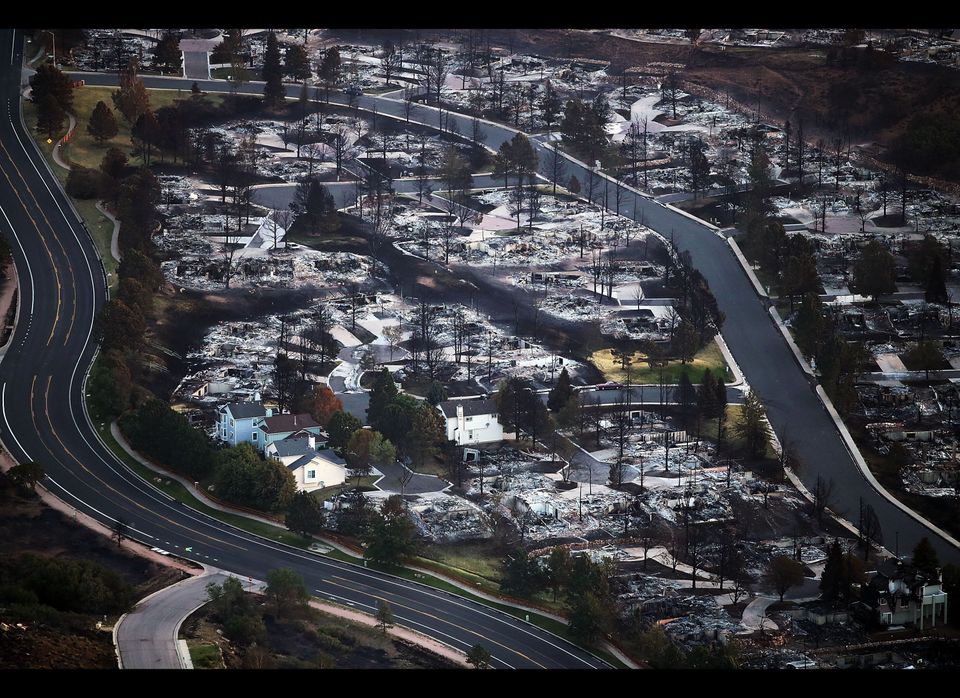 1 / 122
Major Wildfire Forces Evacuation Of Over 30,000 Near Colorado Springs
COLORADO SPRINGS, CO - JUNE 30: Homes destroyed by the Waldo Canyon fire are seen from the air in a neighborhood on June 30, 2012 in Colorado Springs, Colorado. The massive fire, which has eased with the help of cooler temperatures and lighter winds, has destroyed hundreds of homes and forced more than 35,000 people to flee. The fire was estimated at 17,073 acres and was 25 precent contained with some evacuees being let back into their neighborhoods. A second body has been located in a burned home while others are still reported missing. (Photo by Spencer Platt/Getty Images)
Getty