Gazing upon Sebastian Masuda's dizzying installation "Colorful Rebellion –- Seventh Nightmare" feels like the visual equivalent of eating so much candy you're sweating and the room is beginning to spin.

The immersive installation, where Mike Kelley meets Lisa Frank, is an infinite swarm of neon-colored cuteness, adorning every inch of the walls and ceilings of Kianga Ellis Projects. Stuffed tigers, plastic jewels, miniature parasols and ransacked dollhouses are some of the trinkets hovering in the artistic space, an altar to the Japanese kitsch overload style known in as Harajuku kawaii. In the middle of the room is a white bed; lie inside it and you'll be swallowed alive by the vibrant Japanese subculture and its insatiable chotchkies. 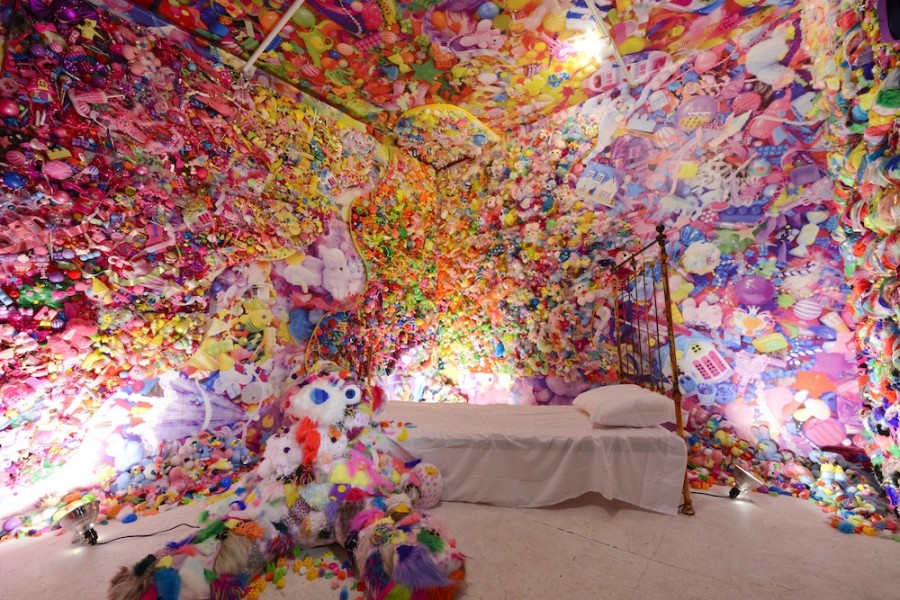 While Masuda's wonderfully claustrophobic experiment is an army of cuteness that takes no prisoners alive, there is an undeniable darkness to the pastel-colored invasion too. The living environment is actually the artist's interpretation of the seven deadly sins, reappropriated to better suit contemporary Japanese subculture. Although most Americans know Harajuku through street style blogs and maybe Gwen Stefani, the movement is rooted in the desire to escape and avoid judgment in a culture that allows little room for deviation or weakness.

"One must understand that in Japan, therapy and psychological outlets are not as acceptable as they are in the United States," Masuda explains in his artist statement. "The majority of the time, these girls do not fit in with their classmates and community. Harajuku is not only a place where they can be different without consequence, it is also a place that provides fashion alternatives for girls to express dark emotions in flamboyant, alternative styles."

Conflating playful excess and vital necessity, Masuda shows visually and emotionally how style and expression can save lives. 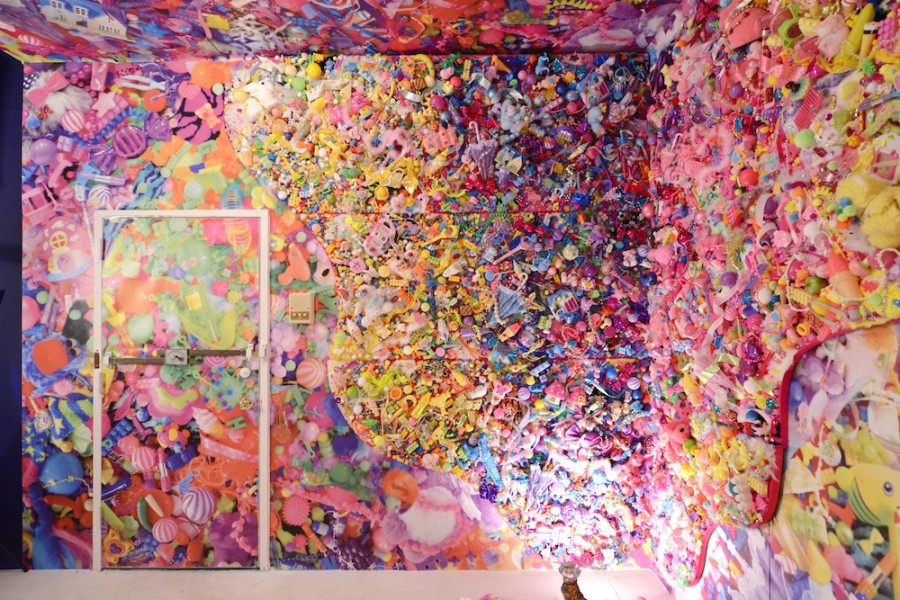 For his seven sins, which Masuda refers to as melancholic states of being, he chose desire, future, illusion, destiny, trauma, reality and self-identification. The various elements buzz wildly in the shiny toy stampede, composed so meticulously their organization resembles the shading on a Renaissance painting. While the visual stimuli alone is enough a reason to visit the installation, its true power lies in its status as a self portrait, both of the artist and of anyone who's experienced scars, want, judgement and escape.

The combination of the accessible, low-brow materials and depth of emotion they evoke turns the work from physically overwhelming to all-enveloping, in the best of ways. See more of the ode to Harajuku culture below and let us know your thoughts in the comments. 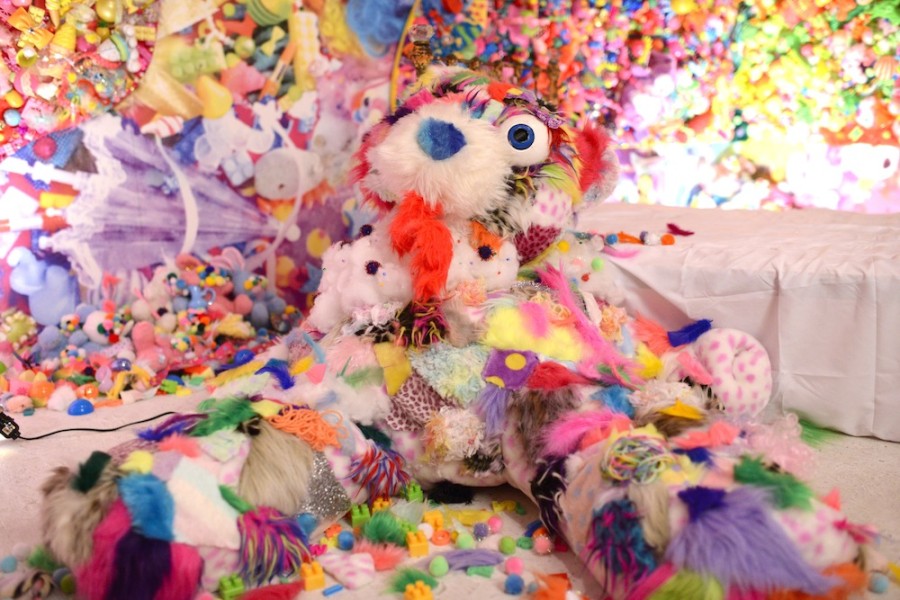 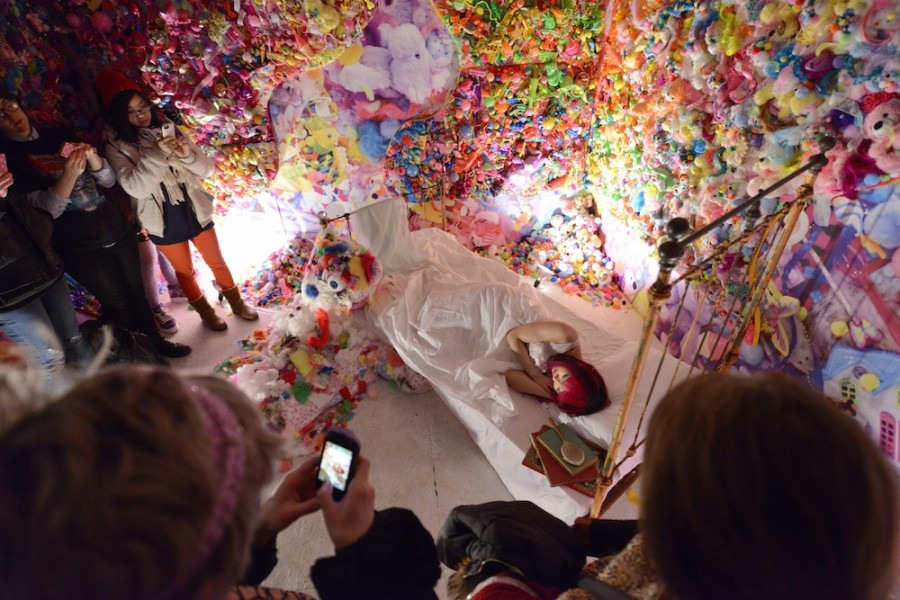 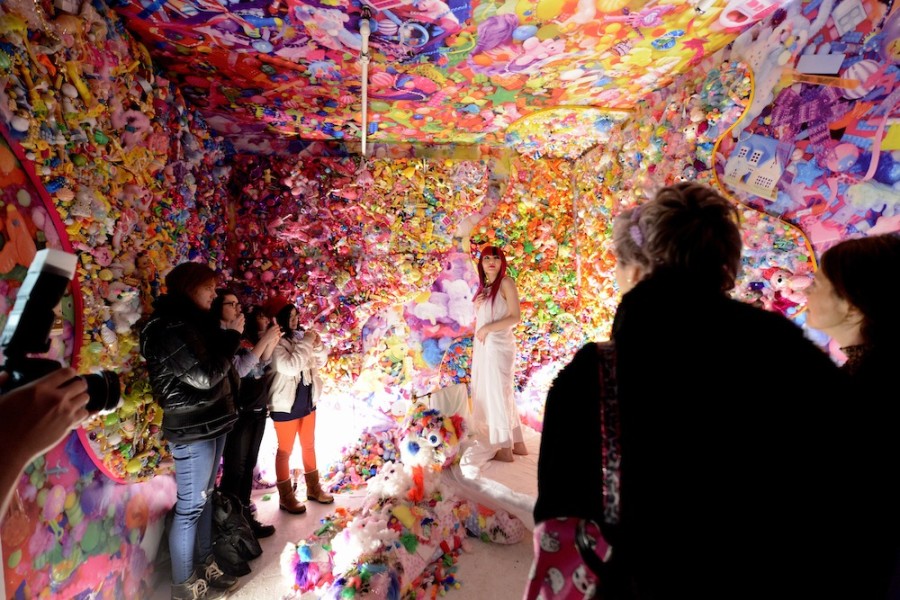 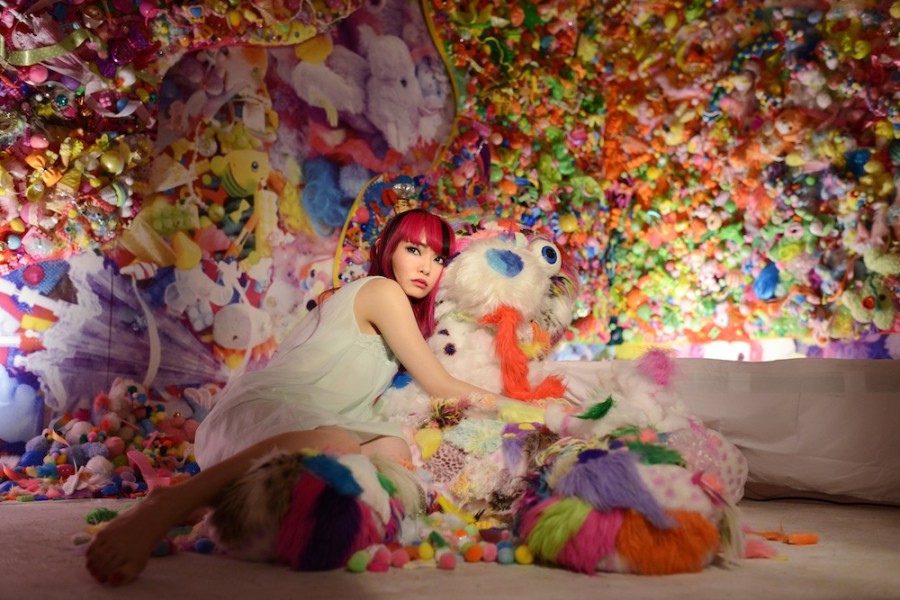 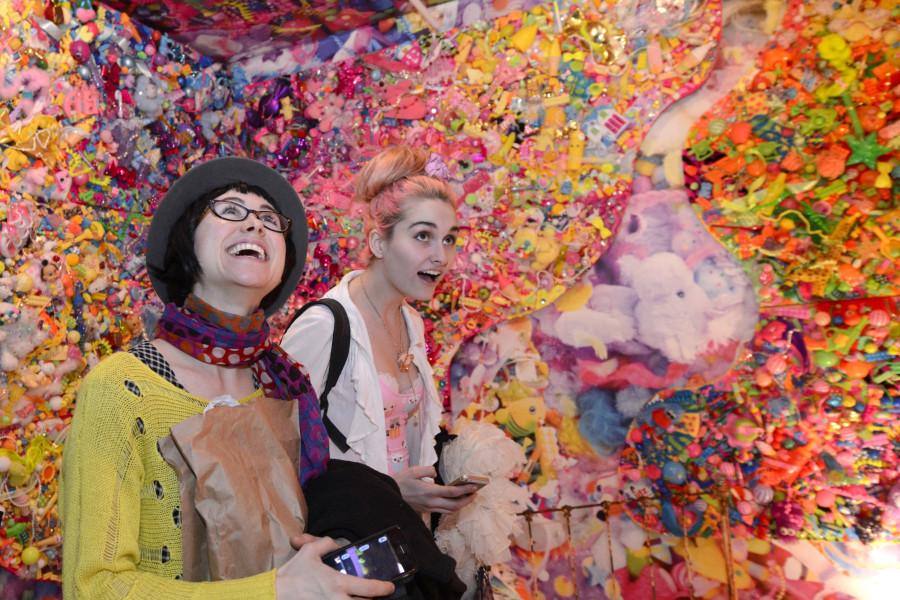 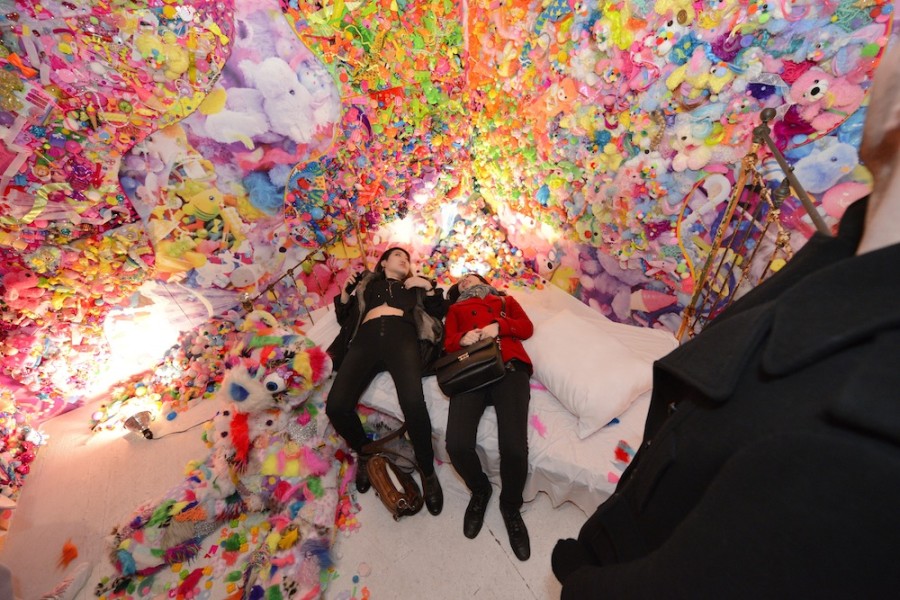 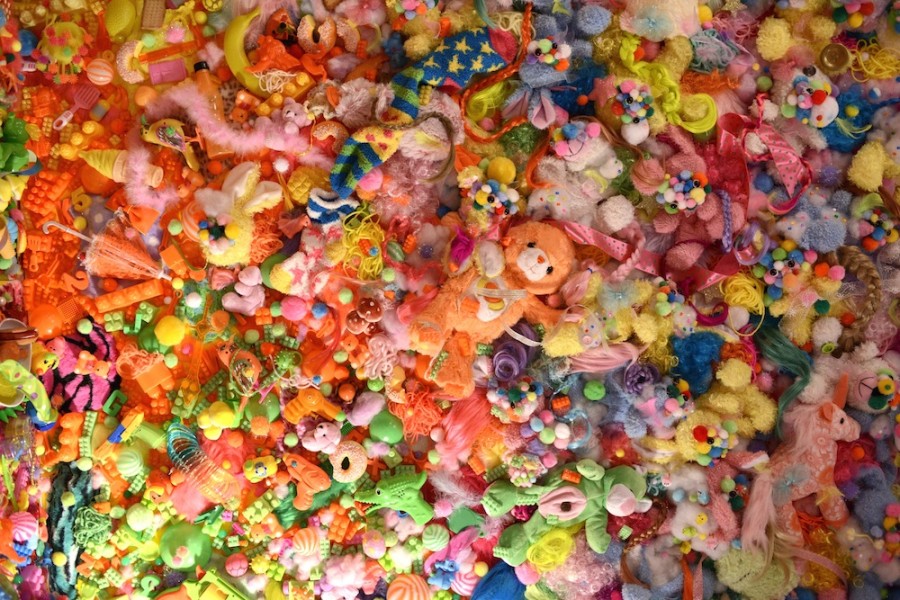