Close the doors, you don't live in the Colosseum...

When I was a little girl, my parents would take us to the Colosseum with much the same vibe as when I take my daughter to the local park. We'd be set free to jump, climb and play, but instead of padded pavement and over-engineered climbing devices, we had cats, columns, rocks, scratches and scrapes while my father and mother took photos and talked about gladiator battles.

That was my Rome. Open, wild and free, until years later when I returned to the Eternal City and had to pay an entry fee to walk inside my personal playground. I was confused. This arena, our arena, was built for the people of Rome, so why should we have to pay to enter? The fact that the nearly double millennia monument was crumbling in front of me didn't faze me at all. Fast forward a decade or so, and I have a whole new perspective.

Day or night, covered or not, the Colosseum, by definition, is awesome. It was built to be the biggest, baddest and best for an 80 AD debut, and in the nearly 2000 years following, it still stands 50 meters proud, resisting centuries of successive sackings, lootings, wars, earthquakes, pollution and more -- a physical testament to the resilient nature of Rome. But it was dirty, falling and apart and in dire need of some help.

In 2013, the Italian Ministry of Culture and Tourism launched a massive clean-up campaign that some have called the biggest scrub down in Italy, thanks to a 38 million dollar public/private sponsorship with luxury leather goods company Tod's. The three-phase project has covered up sections of the monument for months, with 2016 as a targeted end date.

Too bad they are still doing construction though...

Yeah, it's a bummer to arrive in Rome, only to discover that Maximumus' arena is partially wrapped in scaffolding with hoses hanging down, a kind of half-baked Christo project. But it is also beautiful to watch the Colosseum's transformation -- whether on site or through the eyes of anyone who has ever stepped foot in Rome.

Enter a smartphone and a hashtag.

For the past six months, Darius Arya (disclosure: he put a ring on it) started tagging all his Colosseum photos #Colosseumfordays on Instagram and began to encourage anyone who has ever shot a photo of the monument to do the same. Why? According to Arya, #Colosseumfordays celebrates the epic and eternal personality of the monument and documents the restoration process of the Colosseum via visitor experience and opinion.

A hashtag gallery is simply a collection of themed photographs. In Arya's eyes, #colosseumfordays in an opportunity to create a multi-dimensional experience of the Colosseum's transformation, a goal that Arya says "is important for cultural heritage in Italy and else where". Yes, any photo- selfies, jumpstagrams, wedding photos, panoramas -- from any moment, tagged with #colosseumfordays. Looks like my playground's gone virtual. 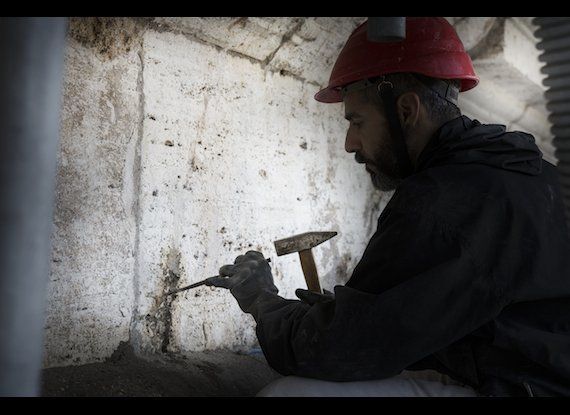