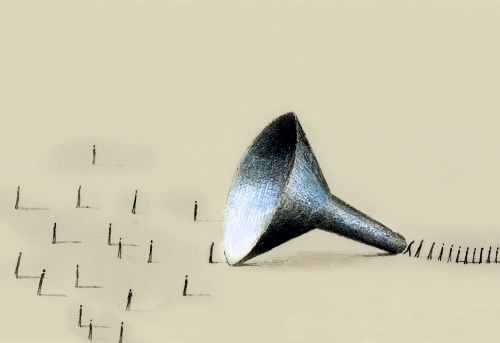 What colour is your leadership style? Shades of beige, or a riot of ideation and colourful innovation?

The time of beige leadership values and the self-propagating disaster that shadows them have an ever-shortening life span as innovation, business structure and cultural and societal changes evolve at an increasingly rapid speed.

According to a Gallup's State of the Global Workplace worldwide survey, only 13 per cent of employees are actively engaged at work. To put it another way, approximately 180 million employees in the 142-country study are disengaged -- yes, they are going to work and going through the motions of doing their jobs, but they are unlikely to be collaborating and making positive contributions to their employers and organisations. Engagement levels vary across different global regions, with the Gallup report sharing that the US and Canada have the highest level of engaged workers (29 per cent) followed by Australia and New Zealand (24 per cent).

Philosopher Charles Handy talks about the phenomenon of the 'Sigmoid Curve'. According to Handy, the best time to start a new 'curve' is before you reach the peak of your existing one. That way, you will be starting something new when you still have the resources, and the spirit, to take it to new heights. In contrast, most people think of doing something new only when they have reached the bottom of what they are presently involved in.

Successful industries are constantly reinventing themselves. Thus, to remain relevant in tomorrow's world, the 'beige' leader, in whatever format, needs to be removed and replaced so a new curve can be started. In their place -- in the new 'curve' -- we will find strength, inspiration and influential leadership from those individuals who are authentic. Leaders who are equally aware of their own unique values and strengths, as well as their weaknesses. Leaders who have, in their own unique way, colour and vibrance.

Beige companies fail to stop their own decline. Examples are everywhere from Atari as the leader to retro-gamer to Blockbuster no more - and as for waiting for the processing of that "Kodak moment'?

The future needs leaders who are so comfortable in the space that they have the strength to lead and share, to learn and grow, who are actively curious and willing to give.

These leaders are capable of amplifying others; they build a culture that encourages and enables sharing, a culture of commercial collaboration that drives change and innovation. These leaders create the space and freedom to think, debate and ideate. This is a culture in which people from diverse skill bases, demographics, genders and industries have the opportunity to speak and be heard.

Boston Consulting Group states that organisations must today shift their business model and leadership skills to become more adaptive, to be better, faster and more economical than their competitors.

The leaders of the future are the ones that are authentic, see the value in collaborative working and create the space and freedom to ideate regardless of gender, race, age or seniority. They are agile, action-driven and results-oriented. They are focused and directional -- strong in commitment and decisive in vision.

We live in a roaringly fast paced world. The people and businesses that will ultimately succeed will be the ones that are capable of evolution and innovation. They will keep their eye on the ultimate goal and be willing to change their dance as required to get there.

The leader of the future, the leader in the collaborative 'We" space, has to:

One thing is certain -- beige won't cut it anymore.