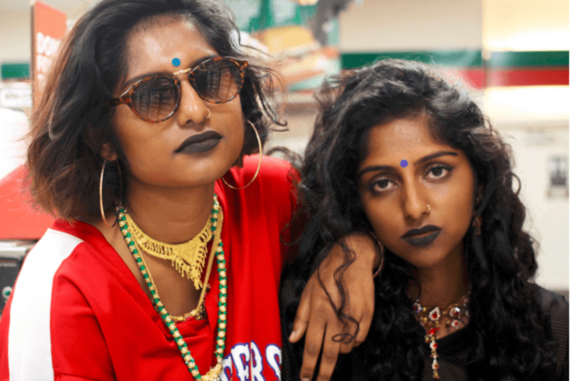 Over the past few weeks the #unfairandlovely campaign started by black photographer Pax Jones and sisters Mirusha and Yanusha Yogarajah, from the University of Texas, has taken off on social media. It has set Twitter, Instagram and Facebook abuzz.

The first women to be featured in the campaign were of Indian origin. But dark skinned women from across the world quickly took to social media to affirm their beauty against the dominant mantra that fair is lovely. According to Jones the campaign emerged organically out of a series of photographs that she took with a view to combating the "under-representation of dark skinned people of colour in the media".

Discrimination against people based on the tone of their skin, a phenomenon called "colourism", is evident across the globe. It happens everywhere from Thailand to Sri Lanka, India, Pakistan, South Africa, England and the United States. In places like Angola and Haiti it has taken on an intensely political form. There lighter skinned people have privileged access to some forms of political and material power.

In South Africa light skinned African women sometimes find themselves referred to as "yellow-bones". These women have often report their experiences as being double edged. On one hand they are praised as beautiful but at the same time they are also subject to stereotypes and derogatory remarks. But in the main colourism means that light skin is seen as desirable and dark skin as undesirable.

Colourism is a complex phenomenon. In India it is often argued that the preference for light skin pre-dates British colonialism and is evident as far back as the Vedas, a collection of hymns and other religious texts composed in India centuries before the birth of Christ. But at the same time the desire for light skin in India cannot also be divorced from the caste system, the country's North-South divide, the impact of colonialism and the manner in which capitalism has exploited these prejudices via the beauty industry. In India the hegemonic desirability of light skin has been challenged by campaigns such as "Dark is beautiful" spearheaded by actress Nandita Das.

There are some commonalities between South Asian communities across the world but there are also major differences. What it means to be Indian is very different in different diasporic Indian communities. In places like England or the US, South Asian communities often still retain strong ties with India. As a result their issues around colourism are frequently similar to those in the Indian context, although local forms of colourism and racism are also shaped by understandings of the significance accorded to skin tone in other communities.

The majority of South African Indians, mainly descendants of indentured workers, have very little direct connection with India. Social, religious and cultural practices, as well as cuisine, have developed independently. While there are some overlaps with the Indian experience in terms of the desirability of light skin tones there are also important differences that have developed according to the local political and social context.

In South Africa the matter of skin colour is often classed and shot through with very localised understandings of differences between North and South Indians. For many, including myself growing up at the end of apartheid, colourism was not always a significant presence in our families. In my case this was a direct result of my family's thinking, and the impact of the Black Consciousness movement in Durban in the early 1970s.

But there are also South African Indian families in which colourism is intensely felt. In some cases it can even result in discrimination within the intimate space of the family and, as a result, significant personal trauma.

Colourism is also sometimes evident among the Coloured community in South Africa. It predates apartheid, has endured after the end of apartheid and extends beyond a concern with skin tone to include hair texture and the shape of facial features. In Durban, where some historically Indian and coloured communities are in close proximity, ideas about skin tone have taken on multiple influences.

Because different black communities have shaped each other's ideas about beauty and colour in South Africa our experience cannot be reduced to an offshoot of the Indian or American experiences. And while there are certainly subtle and at times not so subtle issues around skin tone, the situation here is not nearly as bad, as, say, in India, Pakistan or Thailand. In fact it could be argued that the situation in South Africa is better than in the US and the United Kingdom.

Africa has experiences its own share of colourism and the horrors of skin bleaching. Phrases like 'yellowbone' to describe fairer skin black women don't help. But the writing of Steve Biko and a growing sense of black pride makes it easier to embrace darker skin in South Africa.

In South Africa colourism is not simply a story of the continuance of colonial and apartheid racial practices, or influences from Bollywood and Hollywood. It is a story of how all of these influences coalesce.

South Africa's colourism is also a story of how the political innovation of the Black Consciousness movement in the early '70s - often carried into ANC politics - has freed many people from colourism. But at the same time it is also a story of discrimination within and between black communities that has evolved and survived after oppressive laws have been revoked.

And as the #unfairandlovely campaign has proven, colourism sadly remains a universal slight on humanity.