This article first appeared in The National Book Review 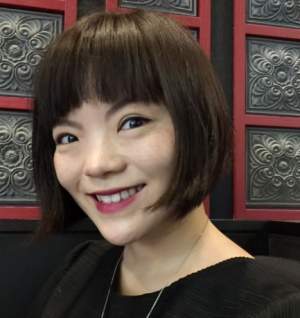 The Art of the Affair: An Illustrated History of Love, Sex, and Artistic Influence by Catherine Lacey and Forsyth Harmon

What is better than art and gossip? An eminently well-read friend, with a glint in her eye, turned me onto The Art of the Affair: An Illustrated History of Love, Sex and Artistic Influence. This much-buzzed about new book, written by Catherine Lacey and illustrated by Forsyth Harmon, catalogues the interweaving romantic and artistic entanglements of some of recent history's best-loved writers, artists and musicians.

Lacey's reportage digs far and deep. She includes plenty of surprises -- everything from drama in the halcyon days of American jazz to a pornographer who inspired Alfred Kinsey's research. At the same time, we meet up with some A-list couples who could hardly have been omitted from a study of this sort --like Scott and Zelda Fitzgerald, who check all of the subtitle's boxes (love, sex, artistic influence) and many more (alcoholism, obsession, and madness, to name just a few).

A self-professed "Illustrated History of Love, Sex, and Artistic Influence" promises a certain amount of thrill and titillation, and this one delivers. But against my expectations, Lacey's tone was not that of a salacious gossip-monger. Instead, she works like a cautious detective on a clandestine mission, her tone much more elegant Chopin nocturne than dramatic Puccini recitativo. By the end of the book, I was won over by her tenor as much as her substance.

The detective analogy turns out to be remarkably on point: as Lacey observes, we only have a partial picture of the web of passion connecting these artists, since records have been lost or destroyed, liaisons kept secret, and the truth of a flame between two people remains invisible to outsiders.

We poke at and inspect the visible clues either to satisfy vulgar curiosities or to make earnest critical inferences. In either case, crude and overconfident handling of those clues can obscure our gaze toward, and understanding of, the art that we admire. We risk simplifying and distorting something sublimely private and evanescent.

Every fan of the arts has a favorite creative couple; I was gratified to meet mine, Frida and Diego, on the very first page. More than one friend, in our exploratory years, told me that they saw themselves and their ill-chosen boyfriends in Simone de Beauvoir and Jean-Paul Sartre. It is indeed satisfying to know that love lives have always been fraught and, on occasion, disastrous.

I was relieved by the narratives of profligacy and untidy denouements (Mercedes de Acosta and Greta Garbo are a sterling example) because I welcome every reminder that exemplary creativity need not correlate with teeth-gritting virtue and constancy of character. I felt soothed by the ordinary yet somehow remarkable knowledge that these luminous figures were far from immune to the pain of unrequited love and the humiliation of rejection (spotlight, here, on Anais Nin and Gore Vidal).

The salon-like intimacy of these pages had me imagining first-person scenarios of "girl talk" with great women writers of yore. I conjured Martha Gellhorn, Hemingway's third wife, leaning over to me and whispering over a drink (as quoted by Lacey): "No one should ever marry a man who hated his mother . . . [He had a] mistrust and fear of women which he suffered from always, and made women suffer; and which shows in his writing." Feeling gratefully and giddily privy, I would reply, "Oh, I had such a suspicion!" Who among us women did not endure a Hemingway or two?

The Art of the Affair is beautiful to flip through. Forsyth Harmon's watercolor portraits are vibrant with personality and transparent color. The illustrations and text are ensconced in whimsically curving and intersecting dotted lines that call to mind the flight trail of a bee hunting for honey -- quite an apposite image, as it happens. The visual effect is light and luminous, reminding us of the transient, almost flitting beauty of love that inspires and evaporates.

This volume is heavy with love tales from the late 19th and 20th centuries, perhaps not surprisingly. Yet one wonders how Clara Schumann and Johannes Brahms' affair, or that of Mary Wollstonecraft and Henry Fuseli, would have been rendered through the author (and illustrator's) affectionate eyes.

But the book offers satisfyingly panoramic insights, exploring the fertility of friendships and love affairs that spanned across multiple continents and art forms. Most readers will leave these pages with newfound curiosities about, and yes, affection for, artists that weren't on their radar before. In this way, the reader can find herself caught up in some surprising and heartfelt artistic passions of her own.

A Journal of Books and Ideas