If you aren't already horrified by Comcast's recent $45 billion buyout of rival provider Time Warner Cable, you should be.

As you can see from the chart below, a merger would mean Comcast would control more than half of all American cable subscribers.

Originally posted on Reddit, the data comes from the National Cable & Telecommunications Association, the trade association for the cable industry. 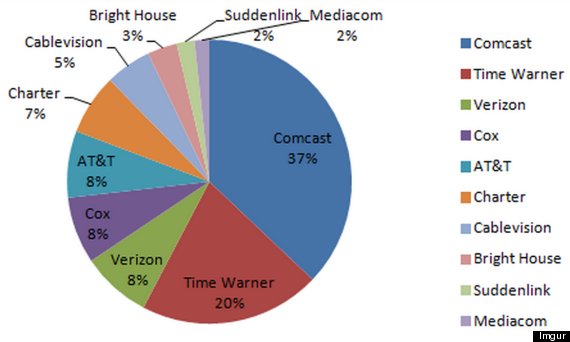 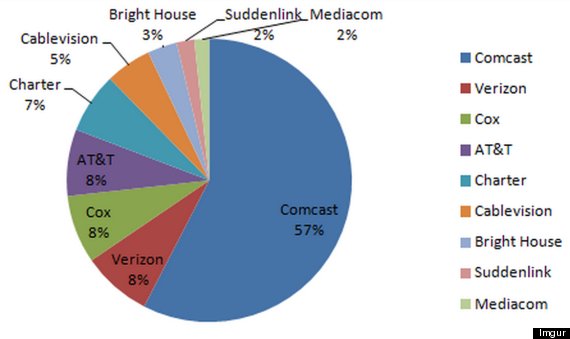 And of course, a company that doesn't have to work for millions of new subscribers may not be that interested in lowering prices. Some predict prices will inevitably rise for consumers if the merger goes through.