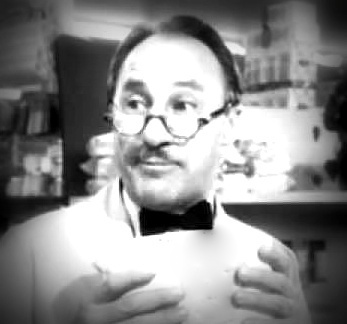 First I need to say I am all for truth in advertising.

Second, I am pretty hard to offend and am not generally prudish.

I have to say, however, I CAN be grossed out.

Growing up, we used to love the series of Mr. Whipple commercials for toilet paper... invariably he was the TP Patrol Leader, stalking unsuspecting shoppers in the local Piggly-Wiggly who were surreptitiously Squeezing the Charmin. Like Inspector Clouseau he was always hiding behind a can of stacked peaches, a broom display, waiting for the next inconsiderate customer who would dare to squeeze.

Through humor and intimation we were all more than aware that this toilet tissue was SOFT... a decided improvement from generations before who used a Sears-Roebuck catalog (how did they ever decide which section to use anyway?)

That's really all we needed to know... that we would not be using something akin to sandpaper... and the less said the better.

I don't care if couples are commando clean. While going commando is not a habit of mine, I learned how to be commando clean at about the age of three... it's just a basic part of the growing process. I really don't need to wonder about the product... I just worry about the people who seem so challenged in how to use it.

You have been gone from us for years Mr. Whipple, but I miss you... and we need you more than ever.