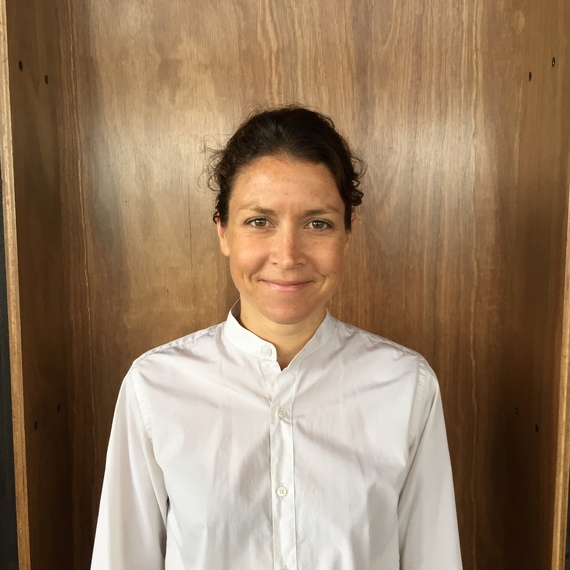 Tamara is currently in Australia for a 10 week pop-up project. Noma has relocated its staff from Denmark and opened its doors in Sydney for the summer. All of the staff have been flown out, accommodated in CBD apartments, and given the opportunity to explore a new country; or in Tamara's case, reconnect with family and friends.

Not bad for a job in hospitality.

"There can be this misconception that hospitality is not a real profession," Tamara explains in her softly blended accent, "but that's wrong."

Tamara is passionate about food, which in turn fuels her passion for her job. She reads any material about the industry that crosses her path, takes sommelier courses when she gets the chance, and genuinely cares about the experience her guests have when they dine in her 14 seat section at Noma.

"It's a relaxed fine dining experience," the self confessed perfectionist explains. "Guests can see the action in the kitchen and listen to the wait staff talk, we want them to enjoy themselves when they come to visit."

Tamara's hospitality career began as a 17 year old in Brisbane.

"The memory of the Greek Club still haunts me, polishing thousands of pieces of cutlery until three in the morning," Tamara laughs, "but I loved it."

At the same time, Tamara enrolled in a food science and nutrition degree. However, the outgoing teenager soon realised that the future prospect of life in a lab coat, analyzing the nutritional value of vegemite was not for her. "I loved the interaction with people working in hospitality gave me," Tamara explains.

"I met him at the launch of his book Thai Food, just before he left Australia. I remember thinking, "Wow, this guy is impressive, I'd love to work with him one day," Tamara says.

David was on his way to London to open Nahm, the first Thai restaurant in the world to receive a Michelin star. Tamara was also on her way to the UK armed with a working holiday visa. True to her conviction she made contact with David and within 12 months, was working at his award-winning restaurant.

Tamara spent the next eight years at Nahm progressing through the ranks from Waiter to Restaurant Manager.

"That was a big achievement for me," Tamara says. "My time at Nahm was the first time in my career that I had really put my mind to what I wanted and achieved it."

Nahm closed and David relocated for his next venture, drawing to a close a successful alliance.

"I'm still in touch with David. I saw him just recently and it was kind of like seeing an old boyfriend. I had this rush of emotions because Nahm was such a big part of my life."

Tamara stayed working in London and assessed her next career move.

"I wanted an environment that would open me up to a different type of food, service and experience," Tamara explains. "I wanted to sink my teeth into something that would change my perspective, and also a place that had a strong environmental connection."

Tamara reached out to a small number of restaurants across Europe, offering them a week of her time.

"I thought I could go and learn something new, and also they could see what I was like."

The two Michelin star Noma in Denmark, Copenhagen responded, providing Tamara the opportunity to spend a week with the award winning team.

"It was my first experience working in a two star restaurant and I loved it," Tamara says.

The admiration went both ways and six weeks after returning to London, Noma called with a job. Tamara and her husband, who also works in hospitality, packed their bags and headed to Denmark.

"Moving to Copenhagen has been the best decision of my career," Tamara says of her choice to join the world famous Noma. "It has really opened my eyes to a new way of working and expanded my networks with more amazing people."

Noma Director Lau Richter is one colleague in particular Tamara regards with admiration.

"He is so kind and always has a smile for everyone, he makes things look effortless in an environment that can be so charged. I'd like to think I could be like that too," Tamara says.

Asked to provide advice to others considering a job in hospitality, Tamara takes a moment reflect.

"I'd say go for it. People shouldn't shy away from industries that are built on practical experience, it's OK not to go to university."

With a work history that has traversed Australia, England, and Denmark, including employment with two of the world's leading restaurants, Tamara is a fantastic example of someone creating a successful career, in role most people wrongly dismiss as a serious profession.